You are here: Home > Public News > 603 Sqn RAF Reserves Granted Freedom of the City of Edinburgh
◄Back to News

603 Sqn RAF Reserves Granted Freedom of the City of Edinburgh 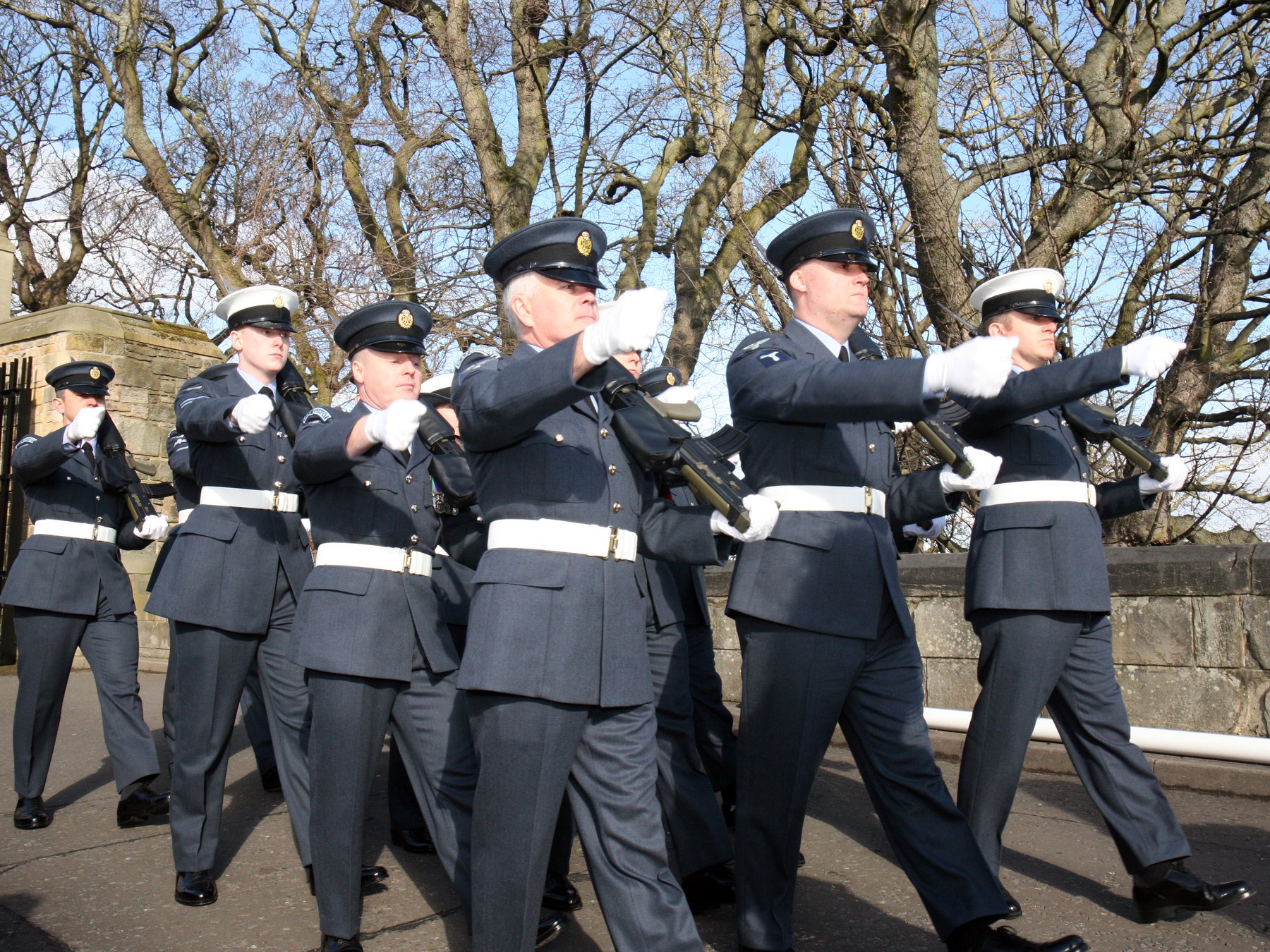 The highest honour a city can bestow will be awarded to Squadron 603 of the Royal Auxiliary Air Force at a ceremony in Edinburgh today (Tuesday 3 July).

The Freedom of the City – which hasn’t been awarded by any city in the UK to members of the RAF before – will be presented to Sir David Walker on behalf of the Squadron, by Edinburgh’s Lord Provost outside the City Chambers.

Air Marshals, Air Vice-Marshals and Members of the Squadron are expected to salute the Lord Provost as they receive the Freedom of the City, before marching their framed award down the Royal Mile to the Palace of Holyroodhouse. There they will be received by Her Majesty The Queen who is currently in Edinburgh for Royal Week and is the Honorary Air Commodore to the Squadron.

Edinburgh’s Lord Provost and Veterans Champion, Frank Ross, said: “The 603 Squadron has become an integral part of this city’s long and proud history. For decades we have proudly thought of them as ‘Edinburgh’s Squadron’, and in this centenary year of the Royal Air Force, it feels particularly fitting to cement our pride and gratitude with this lasting tribute.

“This really is a unique occasion – the first time ever that such an honour has been bestowed on an RAF Squadron anywhere in the United Kingdom. As Lord Provost of this great city of ours, I am absolutely delighted to take the opportunity to recognise the contributions and sacrifices made by all those connected with 603 Squadron since it was first established in 1925.”

Air Officer Scotland, Air Vice-Marshal Ross Paterson CB OBE ADC DL, said: “In this, the Centenary of the formation of the Royal Air Force, the conferring of the Freedom of the City of Edinburgh is a great honour for 603 (City of Edinburgh) Squadron and marks a very proud moment in its long and distinguished history. We are very grateful indeed for the personal support of our Lord Provost and also this great city.”

The Freedom of the City of Edinburgh is the most prestigious honour bestowed upon those who are held in the highest esteem by the citizens. It is a tradition that dates back over 500 years to 1459.

The 603 (City of Edinburgh) Squadron RAuxAF was formed in 1925 as a light bomber Squadron, flying from RAF Turnhouse which is now Edinburgh International Airport.

The Squadron converted to fighters and was equipped with the Spitfire by the time WW2 began. They were credited with shooting down the first enemy aircraft over the UK, shooting a bomber into the Firth of Forth. In 1940 the Squadron took part in the Battle of Britain, becoming the highest scoring Fighter Command unit, before being deployed to defend Malta in 1942.

In 1999 the unit was reformed and it remains a Force Protection and Operations Support Squadron, headquartered at Learmonth Terrace in Edinburgh.