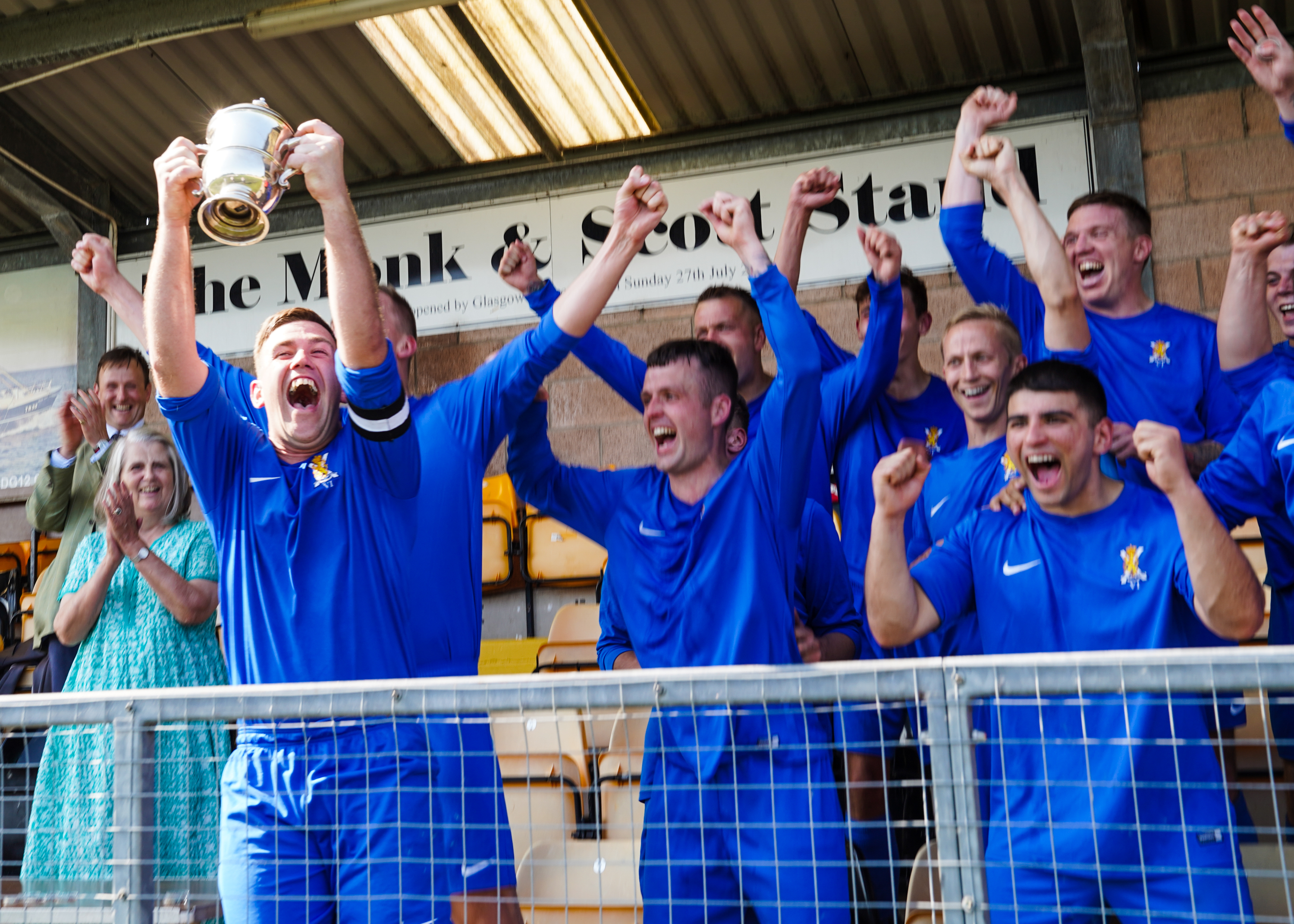 A Scottish Army Reserve football team have written their names into the history books after becoming the first side to lift a prestigious national trophy on home soil.

Competing for the Bernard Vann Memorial Challenge Cup, named in tribute of the former Derby County and Northampton Town player who was honoured with a Victoria Cross for his actions during World War I, both teams were evenly matched and stood up well to the hot temperatures at Galabank Stadium in Annan.

However, it was 6SCOTS, the local Army Reserve unit in the South of Scotland with detachments in Dumfries, Ayr, Bathgate, Motherwell, Edinburgh, Glasgow and Galashiels, who came from behind clinch the trophy.

University student and Reservist Ryan Campbell from Glasgow, was named man of the match following his impressive two goals for the Scots which accompanied strikes from Falkirk Reservist and Software Developer, Danny McInnes, and Edinburgh-based Reservist Shaun Begbie. 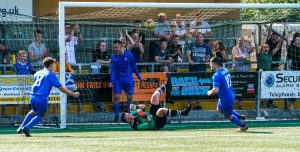 Organiser and Infantry Football Assistant Secretary, Kenneth Kyle, said both teams expertly showcased one of the many different opportunities available to those interested in joining the Reserve Forces.

He said: “I thought it was an absolutely great spectacle of football, both teams worked ever so hard for each other. The conditions were extremely warm so credit has to go to the referee and officials for allowing regular water breaks throughout the match.

“We are extremely grateful for the local community who came along to support the teams at Galabank. The football on show was a great standard and it was a great example of the sporting opportunities that Reserves can get involved with and develop their teamwork and leadership skills.”

Local businesses, football clubs and local authorities received their Bronze Employer Recognition Scheme (ERS) Awards from the Ministry of Defence in the build up to the match on Sunday, August 25. Each were recognised for their support for Defence by signing the Armed Forces Covenant and acting upon their written pledges.

He said: “We have been recognising the contribution that businesses and local authorities in the south of Scotland have made through their support of the Armed Forces Covenant.

“When people transition out of the military the very best thing communities can do for them is to re-engage them, include them and ideally give them a job. And

this is what people do when they contribute through the Armed Forces Covenant. This is far better than giving them occasional thanks for their service. 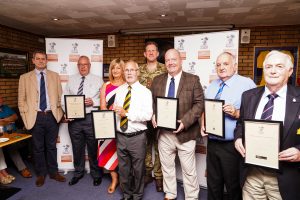 “We have employers who are so keen to support the Armed Forces that on occasions they proactively seek to employ service leavers and also employers who employ Reserve soldiers, sailors, airmen and women, really helping them commit to their Reserve service by supporting them to do so.

And they get a great return on that investment because the military will develop management and leadership skills that reservists then bring right back into their work place. So we think it is a win-win relationship and absolutely value the support that employers give to allow that whole progression to be initiated in the first place.”

He said: “As well as demonstrating the sporting opportunities available alongside soldiering in the Army Reserve, it’s also wonderful that Annan Athletic have invited us to play here in the heart of our community and to meet so many representatives of organisations that support us so well.” 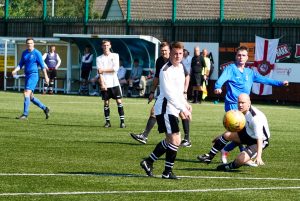 Colin Vooght, Head of Engagement at Lowland RFCA said: “We were thrilled Annan Athletic were willing to work with us in becoming the host football club for this year’s Army Reserve Infantry Cup Final. We do a lot of engagement in the lowlands of Scotland and this event was a fabulous way of engaging with the local community of Dumfries and Galloway.

“Annan received their Bronze ERS Award on Sunday for their immens

e support for the Armed Forces and we look forward to continuing to work with them in the future.”

Dumfries and Galloway Armed Forces Champion, Councillor Archie Dryburgh, added: “This has been a wonderful day for Army Reserve Cup Final. The community of Annan have come out to show their support for the Reserves and Annan Athletic Football Club have done a marvellous job in hosting this cup final.

“It was good to see the two teams really enjoying playing on the pitch and it was a great day of football.

“I would like to say thank you to the Lowland RFCA for picking Annan to host this Reserve cup final and we look forward to working with the forces In the future.”

Click here to find out more about the Armed Forces Covenant. 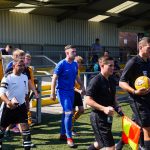 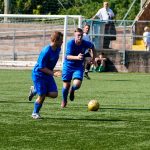 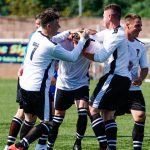 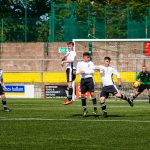 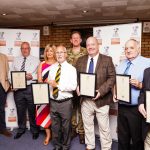 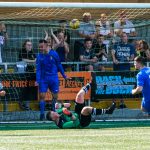 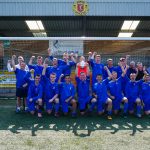 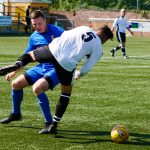 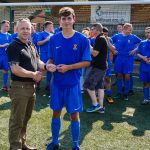 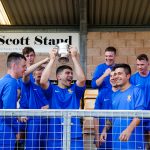 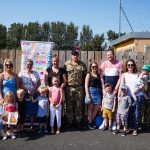 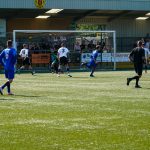 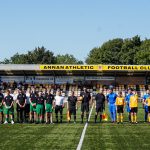 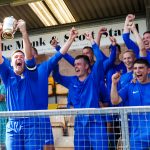 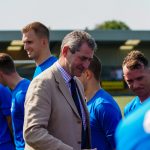