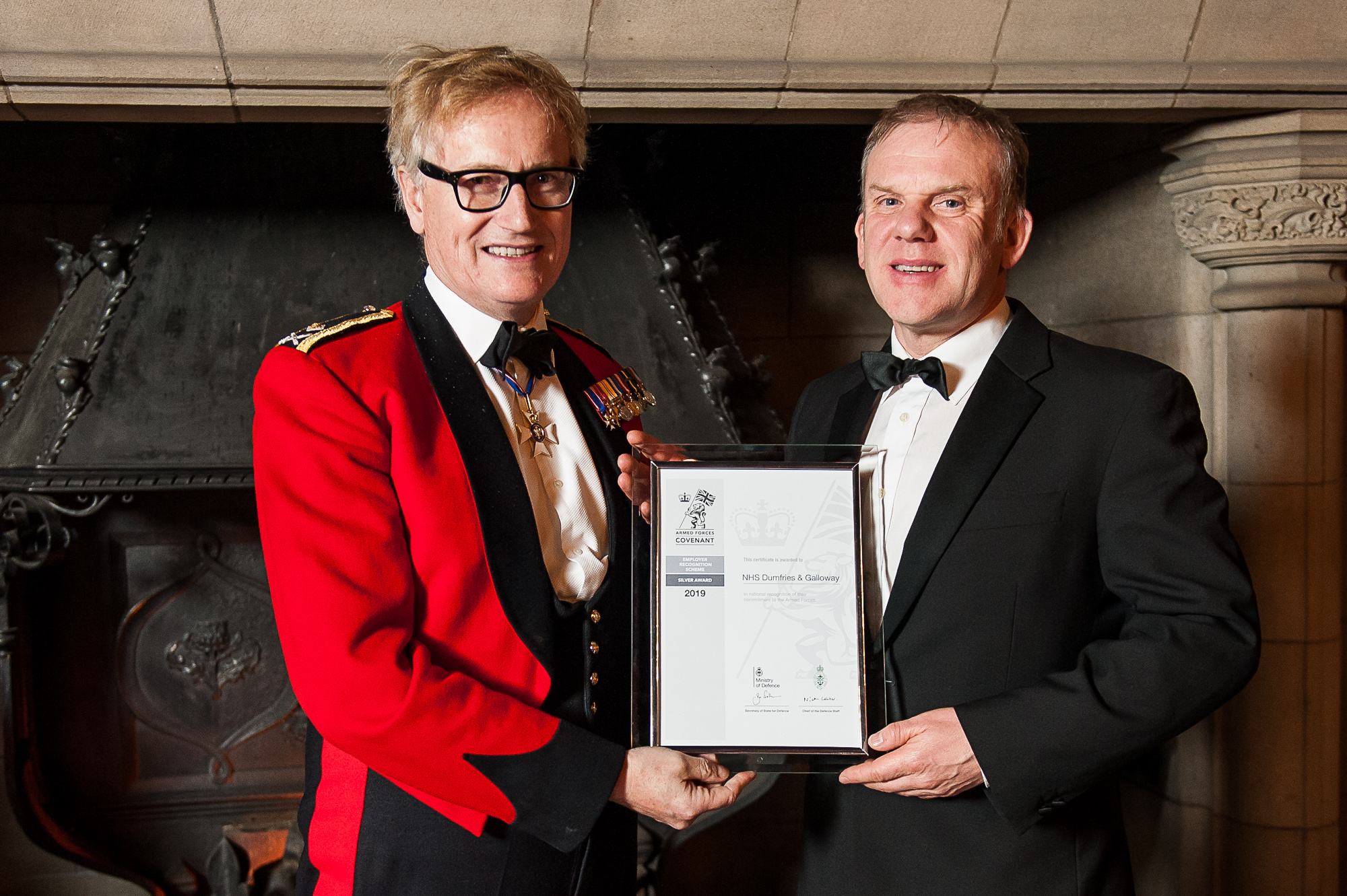 This year marks the 10th anniversary of the Armed Forces Covenant (AFC), a special pledge which aims to ensure that every member of the Armed Forces community has the same levels of access to commercial and public services as any regular citizen. These services include but are not limited to:

First introduced as the Military Covenant in 2000, this was an informal acknowledgement of the public and government’s obligations to treat current and former Forces personnel with fairness and respect. While not a legal document in itself, the Covenant’s key principles have been legally enshrined in the Armed Forces Act 2011.

To mark this milestone as part of Armed Forces Week 2021, Lowland RFCA spoke with two representatives of key service providers, both of whom are outspoken advocates of the AFC. Richard Smith, Health and Wellbeing Officer at NHS Dumfries & Galloway, once considered a career in the Armed Forces after several enjoyable years in the Air Cadets, and Councillor Archie Dryburgh MBE, Armed Forces Champion for Dumfries & Galloway Council, is a veteran of the Royal Gordon Highlanders, the Army Reserves and a former Cadet Instructor. 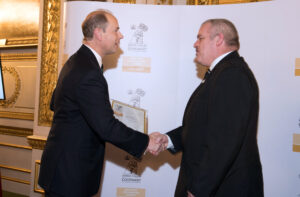 How did you first become aware of the AFC, and when did your organisation sign it?

Archie: Dumfries & Galloway Council have signed and re-signed the Covenant twice. We first became aware of it around 2010, however we had started doing Armed Forces Week parades and services in 2009. The Armed Forces Champion used to be called the Veterans’ Champion, and in early 2011 I was elected to that position. I suggested later on that it be changed to the Armed Forces Champion to take in everyone: Cadets, serving personnel, Reservists and veterans.

Richard: A few years ago, myself and a colleague from HR were asked to start work on achieving the Employer Recognition Scheme (ERS) Award. There was an AFC that had been signed about eight or nine years ago as a joint project with the Council, so we then got the Chief Executive to re-sign the Covenant on 19 March 2019. NHS Dumfries & Galloway also achieved the ERS Silver Award in 2019.

Are there currently any Armed Forces community members working within your organisations, and what do they bring to the workforce?

Archie: There are four Councillors including myself who are ex-military, and we have an Armed Forces working group within the Council. There are a few other employees within the Council who are Reservists and Cadet Force Adult Volunteers too. It certainly enhances the workplace but I would say Dumfries & Galloway is a very Forces-friendly place on the whole.

Richard: A few of our medical staff are Reservists. We’ve got one doctor and two nurses who go away and do their training every year, and they’ve previously been out on deployment, including to Afghanistan. They bring a wealth of experience and a very can-do attitude, especially with time-sensitive issues. They bring real discipline with them.

What are the greatest benefits of signing the AFC for an employer?

Archie: It’s really brought the public sector organisations closer together, such as working with Armed Forces Champions from the NHS, Police Scotland and the Prison Service. Working with the RSLs (Registered Social Landlords), for instance, means that one per cent of our housing stock is available for Armed Forces personnel coming out of service.

Richard: The main thing is that it just pulls everything together. We’ve got a Reservist, we’ve got a couple of Cadet Instructors and we’ve got a lot of ex-Forces such as nurses that have great experience, so we’ve always been fully supportive from that point of view. They can then get a job as a driver or administrator because we’re always looking for people with good skills. One of the challenges of being a rural Board is that it’s hard to attract skilled people to this area; young people go away to university and they don’t all come back, so having ex-Forces coming here and wanting to settle, we welcome them with open arms. 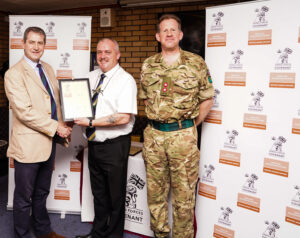 So it’s fair to say that you would recommend the AFC to other employers?

Archie: Absolutely. I have done, and other employers have done on my recommendation which I’m really pleased to see. Take Annan Athletic for instance and other Scottish football teams. One of my passions is football and I work very closely with community teams. They signed up right away and then of course Annan Athletic hosted the Reserve Forces Cup Final in 2019. It’s amazing when you think about what sort of things can happen when you get people on board with the AFC, it’s just amazing.

Richard: I would certainly recommend it for a couple of reasons. First, it’s the right thing to do to support our Armed Forces and show our commitment, and by doing that, especially with a big organisation like the NHS, you’re showing that commitment from the very top down.

Why do you feel it’s important to celebrate Armed Forces Week?

Archie: It’s really important because it’s not just about what’s happening now, it’s about what’s happened in the past and what could happen in the future. You’ve only got to look at what the Forces have done during the pandemic and what they’re still doing with vaccines and testing.

They risk their lives to support the democratic values that we have today, and I’ll never forget that.

Richard: It’s important to say thank you for all the excellent work they’ve done, in particular with Covid-19. The military are so often seen as going away to other parts of the world, whereas now we’ve got real examples of them coming in and helping people in Dumfries & Galloway, delivering tests, delivering vaccines, delivering the whole process.

Are there any aspects of Armed Forces Week that you’re particularly excited about?

Archie: The virtual service on Saturday will be really good. Although we’re in Level 1 in Dumfries & Galloway, we’ll be holding a small Armed Forces parade at the Veterans Garden, because the last Saturday of the month is always the Breakfast Club morning as well and there’s plenty of room up there to hold it. Flag-raising is always good for community councils and Lord Lieutenants to get involved in as well, and they always do. I can’t underestimate how good the Armed Forces Covenant has been for Dumfries & Galloway.

Richard: We’re linking in with the Council’s promotions for Armed Forces Week. There are Covid restrictions still in place but we can have a few marches and a few small get-togethers.