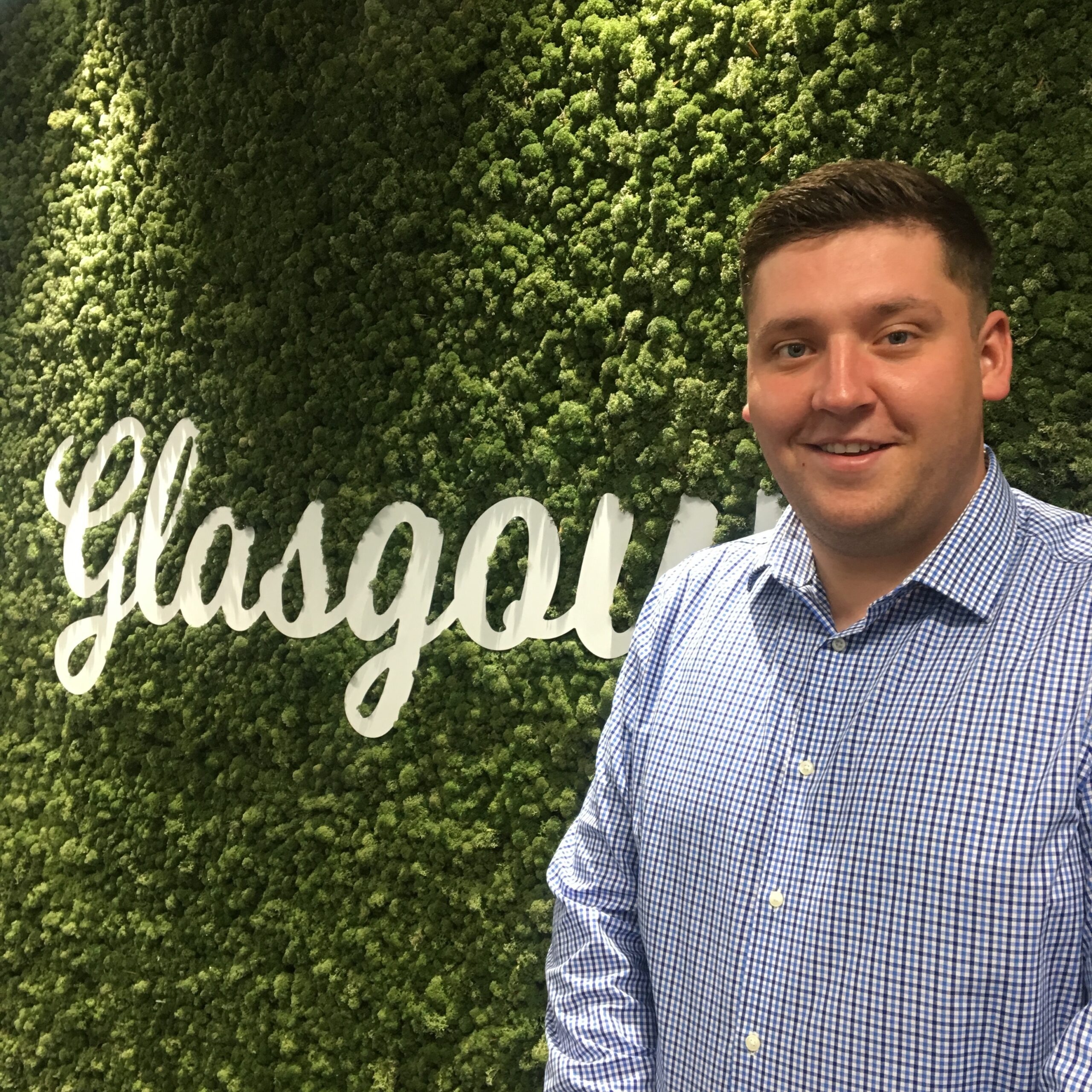 When teenager Darrell Reid was asked for an example of a time he had to adapt to change, his interviewers looked up from their notes with intrigue when he gave his answer.

He explained how, as an RAF Air Cadet, he led a team during a fieldcraft training exercise as they sought to take an ‘enemy’ position, under simulated fire, and had to change his mission to account for unforeseen circumstances.

Now a Claims Digital Experience Consultant, Darrell, 24, looks back on his apprenticeship interview with pride after he was able to call upon his Air Cadet experience to stand out from the crowd and secure a job with Zurich Insurance.

During Scottish Apprenticeship Week 2021 we sat down with Darrell, who is now a Cadet Force Adult Volunteer Flight Sergeant with 122 (5th Glasgow) Squadron, West Scotland Wing, to find out how valuable the Cadet Experience can be to help kickstart a career.

How did your Air Cadet experience help you get an apprenticeship with Zurich Insurance?

“I was still with the Air Cadets when I got the call to say I had a telephone interview for an apprenticeship. After which they invited me to an assessment centre to participate in a group discussion and one-to-one interview.

When I went to school you didn’t do interview training or get any advice on it. But I had done interviews from early on in the Cadets.

137 Squadron was great when it came to Cadet promotion time and our CO (Commanding Officer) always did an interview Board so it got you used to an interview scenario. When I look back on it now I think it was a fantastic idea because, being a 14 year-old sat in a chair in front of the CO asking you questions like ‘tell me about a time when you did this or that’, it is invaluable!

When it comes to four years down the line and you’re going to apply for a job and they ask you a similar question – you’ve done it before. You know what to expect. You know how to answer those questions because you’ve been coached.” 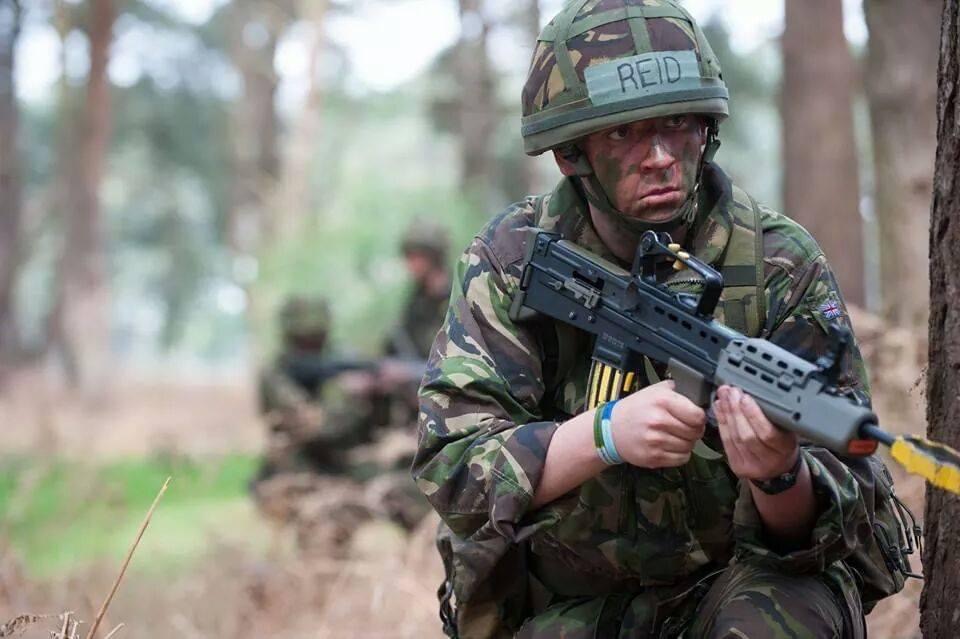 Did your Cadet leadership qualities come in useful?

When it came to the group discussion there were nine of us sat round a table competing for four places on the apprenticeship. They told us we had been stranded on a desert island and gave us a list of items found in a shipwreck. You can only choose one item each but as a group you need to make a list of those nine items from that list of 20 and explain why you are selecting it. I had practiced similar scenarios like this with the Cadets on leadership tasks so quite quickly I became the leader. However, I didn’t take over as the leader with a view to silencing the other interviewees – it was the opposite. I took over to make sure everyone got their say.

After getting the apprenticeship  Zurich said because I made sure everyone else was listened to it showed I had more leadership capability than anyone else in the process.

I was doing it subconsciously because I had done all this in Cadet leadership training and tasks. I hadn’t even thought about it, I just did it.”

What past experiences did you draw on to answer the interview questions?

“In the one-to-one interview they asked me the question: ‘Can you tell us about a time when you had an ambition and it didn’t go to plan?’

So I described a scenario from my Junior Leaders course, which is a dedicated, and tightly regulated, leadership course run annually by the RAF Air Cadets central headquarters. I spoke about a fieldcraft training exercise situation I was on. I had a team on my right and they were simulating rapid firing on the enemy and I had another team on the left but one of the guys rolled his ankle and we had to change things up and had to control things differently.

At the time I looked up and noticed the shocked interviewer as they had not expected someone to answer the question like that. I certainly stood out in the interview process that’s for sure!

If you haven’t got a lot of life experience, which is usually what you call upon in these situations, Cadets has the ability to give you that.

Whether it be a situation where I have to call upon a time I came up with a plan but it didn’t work or a time I used different styles of leadership, I am prepared for those questions with detailed answers. If I hadn’t been in the Cadets I wouldn’t have been able to answer those questions with such experience behind me. You really stand out from the other interviewees when you explain how you had this responsibility and leading a team at just 18 years old. The people in the ‘civilian’ world don’t hear that sort of answer all the time.”

Why did you want to become an Air Cadet?

“I joined the Air Cadets as soon as I possibly could when I was 13 years old. I used to live in Prestwick so it was 137 Squadron (Ayr & Prestwick) that I joined originally after seeing a sign in a shop window.

I wasn’t entirely sure about it but the squadron wasn’t based too far from where I lived so I decided to go along and see what it was like.

I was with Ayr and Prestwick Squadron for nearly six years and at the end of my time in the Cadets I moved to 327 Squadron (Kilmarnock) due to work commitments.”

What were the highlights of your time as an Air Cadet?

“There were loads! I was one of those Cadets who took advantage of every single Camp and course on offer to me. I did the Nijmegen marches – a 100-mile march over four days in Holland. It was a fantastic experience! But the one that really stands out is the Air Cadet Junior Leaders course. That’s the pinnacle leadership course you can do in the Air Cadets.

It has similarities with an officer training course but it’s less intense. You had the fitness test, target shooting, a one-on-one interview, lateral and critical thinking elements and leadership command tasks.

It sounds like a cliché but that was really the time that everything changed for me. I learned a lot about myself and how I am as a leader. I learned a lot about how other people are and what leadership styles are best to use and at what time. So much so that I am now directing staff on the Junior Leaders course, which is an additional part to my role.”