You are here: Home > Public News > Air Cadets Will Rock You
◄Back to News

Air Cadets Will Rock You 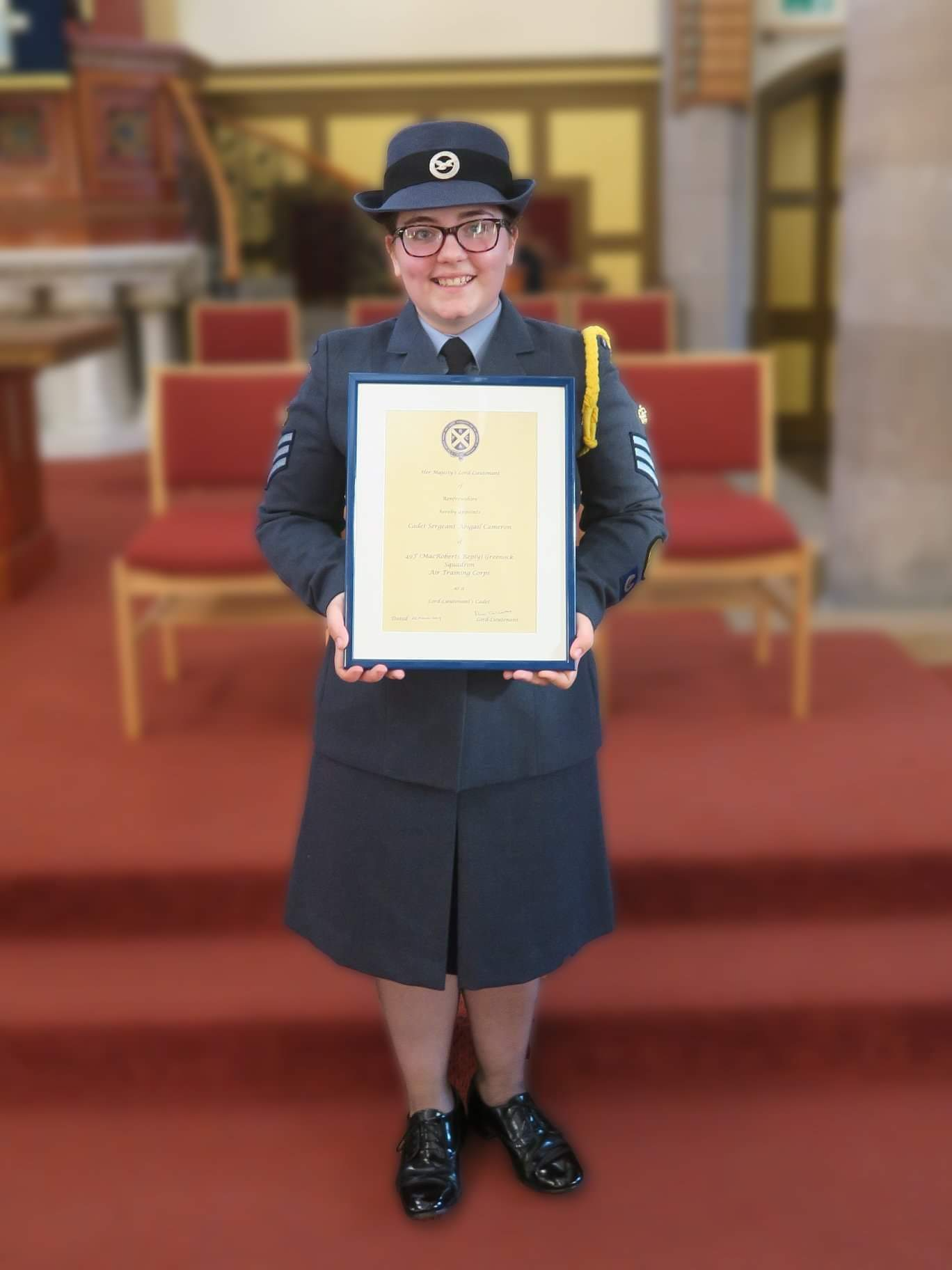 When Abigail Cameron joined the Air Training Corps she had no idea that a few years later she would be performing in front of Simon Cowell on Britain’s Got Talent. Surrounded by friends and having the time of her life, Abigail’s BGT experience is just a glimpse into her time as an Air Cadet.

The 18-year-old Flight Sergeant was not overly excited about aviation at first but it was the countless and varied opportunities available to her by joining 49F Greenock – MacRoberts Reply Squadron that really caught her eye.

One of those unique experiences was being part of the RAF Air Cadets National Choir who sang a medley of songs by rock band Queen on Britain’s Got Talent. The group received four ‘yeses’ from celebrity panellists and a standing ovation from the crowd.

Abigail said: “That was absolutely amazing! I was so lucky to be a part of that and I think that would have to be the highlight of my Cadet career.” 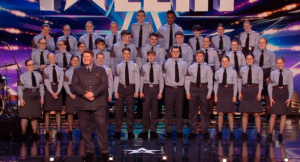 Abigail was in the Scouts when she received a leaflet about the Air Cadets. And just over five years later she has gone on to achieve the second highest rank available and learned to enjoy aviation while making new friends along the way.

As her squadron has links with the RAF and a university Air Squadron, Abigail has even had the chance to take to the skies on many occasions.

“We do what is called air experience flights and fly out from Glasgow Airport,” she said.

“We fly in the planes for half an hour at a time and you have got a fully trained pilot beside you. The pilot will take off and then will let you fly the plane. We experience aerobatics such as barrel rolls and then they’ll land it.

“When it was RAF 100 I also got the opportunity to go to Army base Leuchars and we got to fly in a Chinook – a helicopter with double rotors. That was really cool!”

The Covid-19 pandemic saw 49F Greenock Squadron become one of the first to take its training nights online and Abigail continues to attend her usual two classes a week virtually. Whilst completing their virtual courses, the Cadets have also been having fun with quizzes and activities such as aircraft modelling.

“There’s a lot to learn and work through, with exams to complete too, but you can actually turn that work into SQAs.

“Because we have gone online things have changed quite a bit. A lot of our staff have kept us going and kept us motivated and I know that it’s difficult for them as well but they are really trying to keep us positive which I think is very important.

“We also teach soft skills like communication and confidence. It’s not all based on aviation learning and we do presentations so we can try and build up the Cadets’ confidence so that they can speak in front of groups of people for public speaking. We do leadership activities sometimes and try to get the Cadets to build up their confidence that way too.” 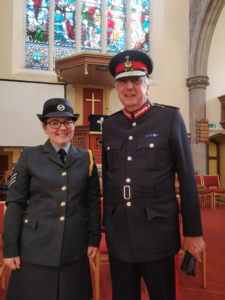 Equipped For The future

Abigail is nearing the end of her first year of studying French and Spanish at university. She is thankful for the confidence and self-discipline she has learned from her time in the Air Cadets which has also made it easier for her to make new friends.

She explained, “I’m not entirely sure what I want to do but I do think Cadets will have had an impact from learning all the different skills I’ve got.

“I’ve met so many people. Talking to new people and making new friends will be easier for me because I’ve had to do it in Cadets.”

It’s been a turbulent year for all including the Air Cadets. 49F Greenock Squadron may not be able to open the doors to new members just yet, however, Abigail is encouraging anyone who is interested to give the Air Cadets a go when face to face training starts back again.

She said: “If you’re not 100 per cent sure on the aviation part of it, don’t worry, there are so many different opportunities. There will be something you will enjoy, whether that’s sports or whether that’s meeting new people or learning new things like leadership or first aid or wanting to do your Duke of Edinburgh’s Award – we can support you to do that.

“In the future hopefully our abroad camps will be available again. We get to go to Cyprus, Gibraltar or on the International Air Cadet Exchange to America and Canada which you might never have got the chance to do if it wasn’t for the Cadets.

“It also gives you the skills and qualifications to put on your CV for getting a job, going to college, getting an apprenticeship, going to university or whatever you choose to do in the future. It’s not always ‘go to the RAF’, that’s not what we are there for. We are there to support and help the people who want to join and make sure everyone has a good time.”