You are here: Home > Public News > Airline Releases Reservist For Duty And Modifies Aircraft For Covid Patients
◄Back to News 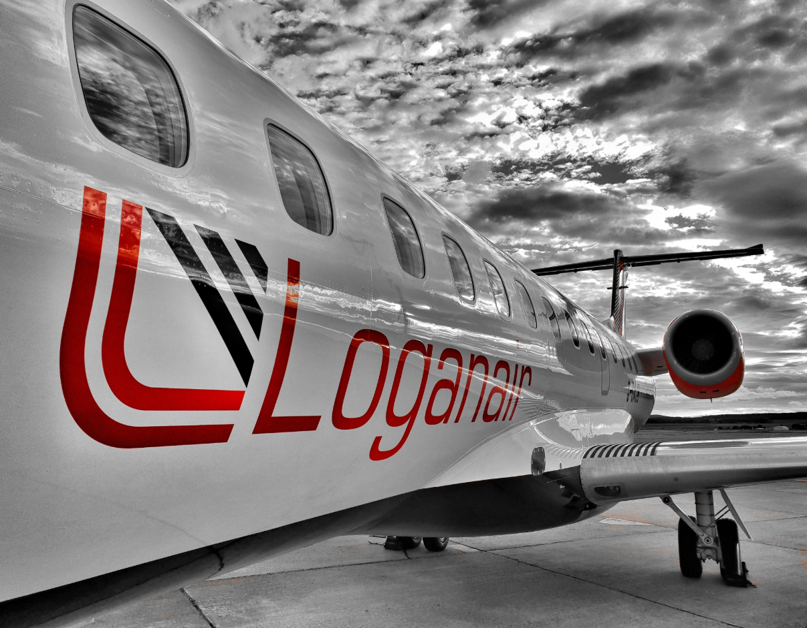 Whilst not alone, the aviation industry has taken a substantial and costly hit this year. With airports emptied, flights grounded and international travel harder than ever, many airlines have taken an exceptionally hard hit.

However, despite the decrease in passengers and quieter flying schedules, Scottish airline Loganair, a Bronze Employer Recognition Scheme Award holder, set itself apart as trailblazers of innovation and inter-sector collaboration.

After a chance conversation with the Scottish Ambulance Service, the organisation which ensured the safe transport of patients between Scotland’s mainland and islands, Loganair identified a need and leapt into action to provide whatever help it could.

The Scottish Ambulance Service aircraft was unable to properly accommodate epishuttles, isolation devices used to safely transport COVID-positive patients. Loganair’s answer to the problem was to modify its Saab 340 aircraft in a way that not only allowed space for the epishuttle, but also facilitated cabin access for patient-bearing stretcher trolleys via the vessel’s larger rear baggage door. Since the modifications’ approval by the Civil Aviation Authority, the UK’s specialist aviation regulator, Loganair have successfully transported patients between Shetland and Aberdeen, and have even extended its new transport services to the Northern Ireland Health & Care Board. 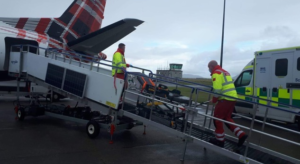 Aside from its generosity and ingenuity in supporting the Scottish Ambulance Service’s vital work throughout the pandemic, Loganair have underscored their status as a Forces-friendly organisation in recent months. The reduction in flight demand allowed the company to release an Army Reserve staff member to support on-the-ground operations with NHS Greater Glasgow & Clyde. The mobilised Reservist’s work included the creation of a model to calculate daily PPE usage among NHS employees, and co-ordinating the set-up of an excess deaths mortuary facility.

The skills acquired by the Reservist in project management and inter-sector negotiations will be of exceptional value to Loganair in both the immediate and long-term, as it continues to support the Scottish Ambulance Service and prepare for the eventual return to more regular service. Moreover, after experiencing first-hand the value of a skilled Reservist within its workforce, Loganair is committed to recruiting more members of the Armed Forces community in future. 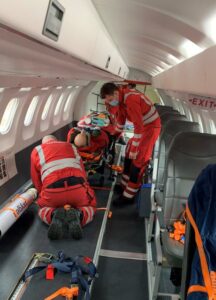 With such inspiring innovation and a proactive, public-spirited approach to the situation in which the pandemic placed them, there can be no doubt that Loganair has risen ably to the challenge.