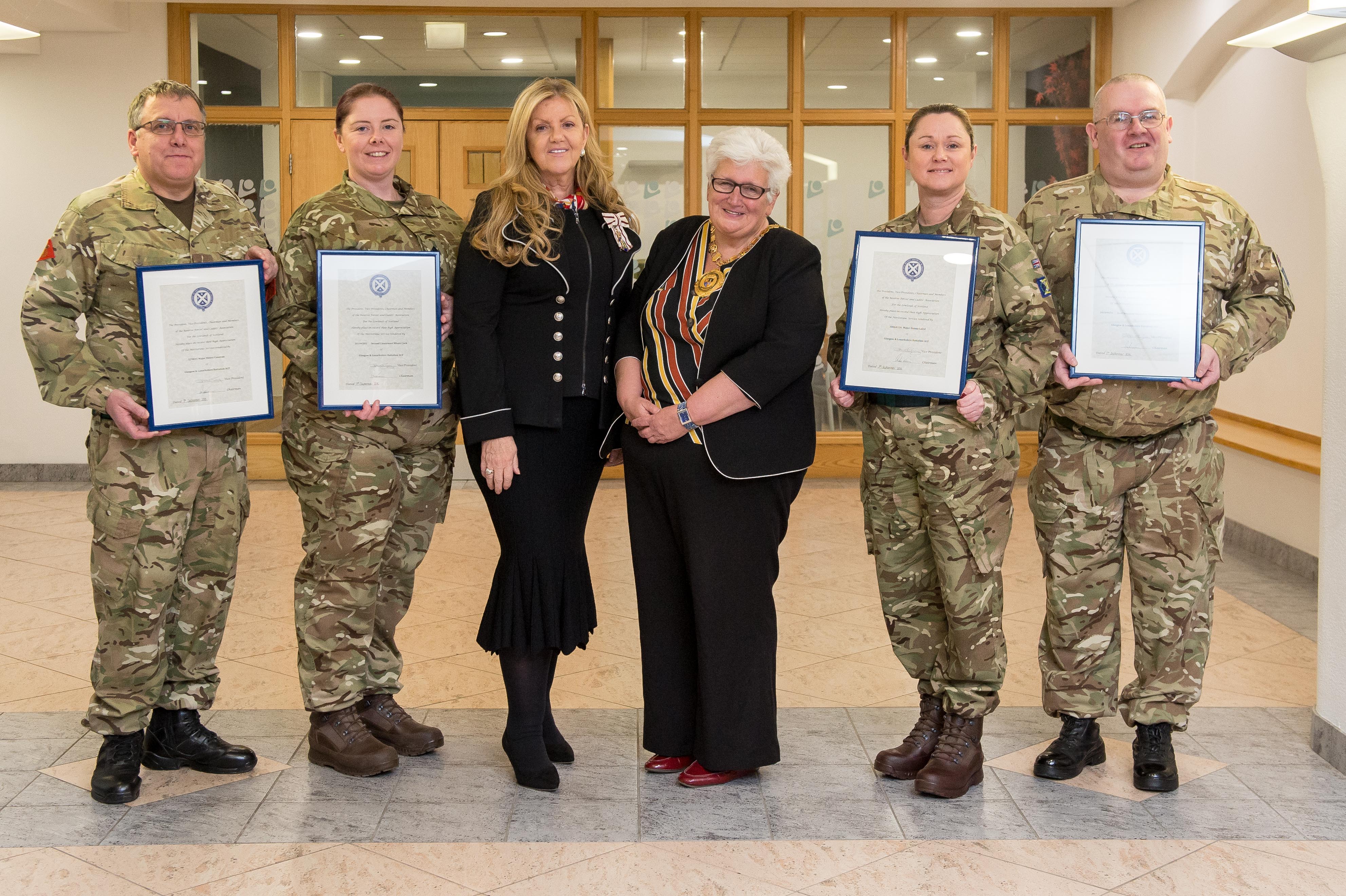 Four adult volunteers within the Army Cadet Force in Lanarkshire have been honoured at a civic reception hosted by the Provost of North Lanarkshire and the Lord Lieutenant of Lanarkshire. 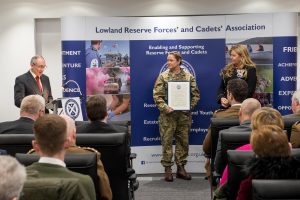 Bell Group also received a Bronze Employer Recognition Scheme Award from Brigadier Lindsay, on behalf of the Secretary of State for Defence.

“Tonight’s ceremony is an opportunity for Lanarkshire to formally recognise and honour the exceptional contribution of members of the Cadet Organisations.

“I was delighted to be able to present these certificates of meritorious service to individuals who strive in all they do to prepare our young people for the world of work.

“Each of the recipients has made a significant contribution which touches many lives, both in your own unit and your communities, and represent the enviable ethos and core values of the Army Cadet organisation.”

“It was an honour for the Council to host such a special occasion and to help support the efforts of the Lowland Reserve Forces and Cadets.

“The Cadets and Reservists make a vital contribution to the efforts of the armed forces. It is also important to recognise the role businesses and organisations make in supporting reservists to fulfil their roles.” 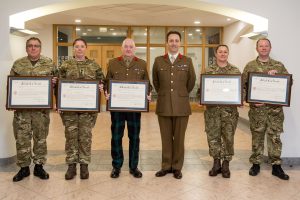 “Tonight’s awards recognise the achievements of some of the most committed men and women who volunteer with the Army Cadet Force. The awards celebrate the positive contribution the armed forces community continues to make to the defence of the nation, their communities and neighbourhoods.

“The Cadet Force Adult Volunteers honoured tonight exemplify the benefits volunteering in the Cadet Organisations can bring, equipping individuals with skills and experience that are useful back in their civilian careers. The commitment of employers to supporting their staff to volunteer in the Cadet Organisations or Armed Forces Reserve is also crucially important and I was very happy to award a Bronze ERS Award to Bell Group in recognition of their support for the Armed Forces Covenant. 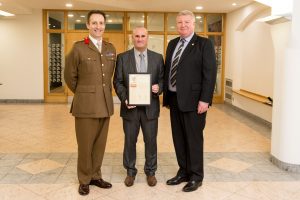 “We’re very grateful to Provost Jones for hosting this civic reception and to Lady Haughey in presenting these awards, and to the friends and family of award recipients who joined us. Without their support we wouldn’t be able to do what we do.”

To see more images from the Lord Lieutenant’s Awards visit our Gallery.