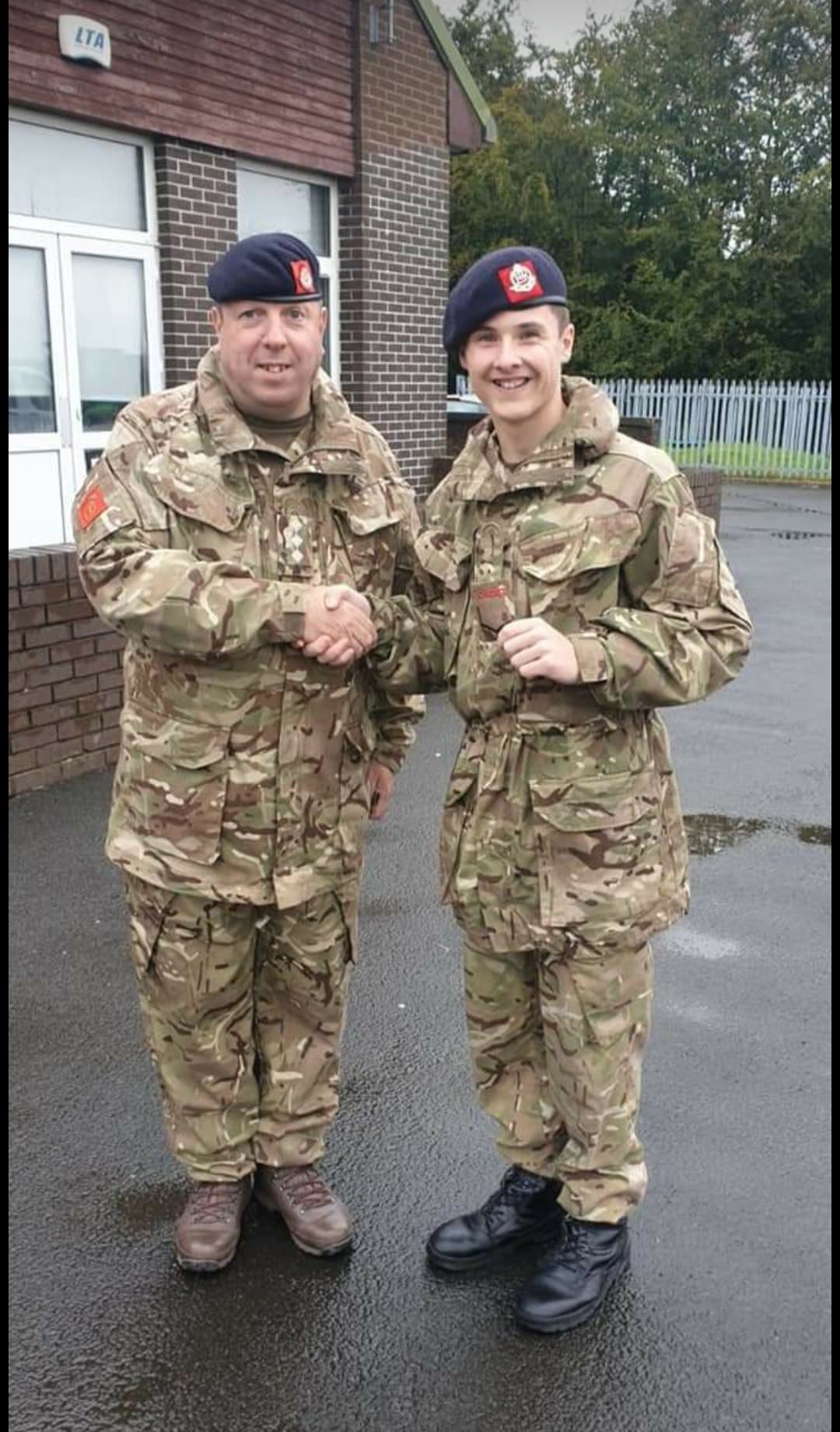 First Aid is just one of the many qualifications a young person can achieve as a Cadet.

And thankfully Lance Corporal Ciaren Adam was on hand to use his training and experience he had gained with 26 Platoon Livingston detachment and the Army Cadet Force to save a man from a suspected heart attack.

The teenager of the Lothian and Borders Battalion Army Cadet Force was cycling to meet a friend on 16 July 2020. He came across a man on the ground and another beside him near St Margaret’s Academy in Livingston, West Lothian.

Ciaren went over to ask if they needed assistance and was told the man on the ground was not well and the other did not know how to help him.

Ciaren took control of the situation, spoke to the man on the ground and established he had chest pain and could not breathe. He moved him into a comfortable position and continued to talk to him after calling an ambulance.

Emergency Services personnel advised Ciaren to obtain the defibrillator unit from the nearby school, incase they needed it, and ask the man to take an aspirin (provided by the man standing by).

Ciaren sent the man down to collect the defibrillator while he keep the man calm before the paramedics arrived.

When the paramedics arrived, they said Ciaren had done everything perfectly and that he had probably saved the man’s life as they suspected he was having a heart attack.

Ciaren will now be awarded The British Citizen Award for his selfless act of bravery.

He will be presented with the medal by the Battalion’s Honorary Colonel Mike Onslow at Drumshoreland House (Battalion HQ) in November 2020.

He will also be invited to the House of Lords in London to receive his certificate.

Find out more about Cadet qualifications.