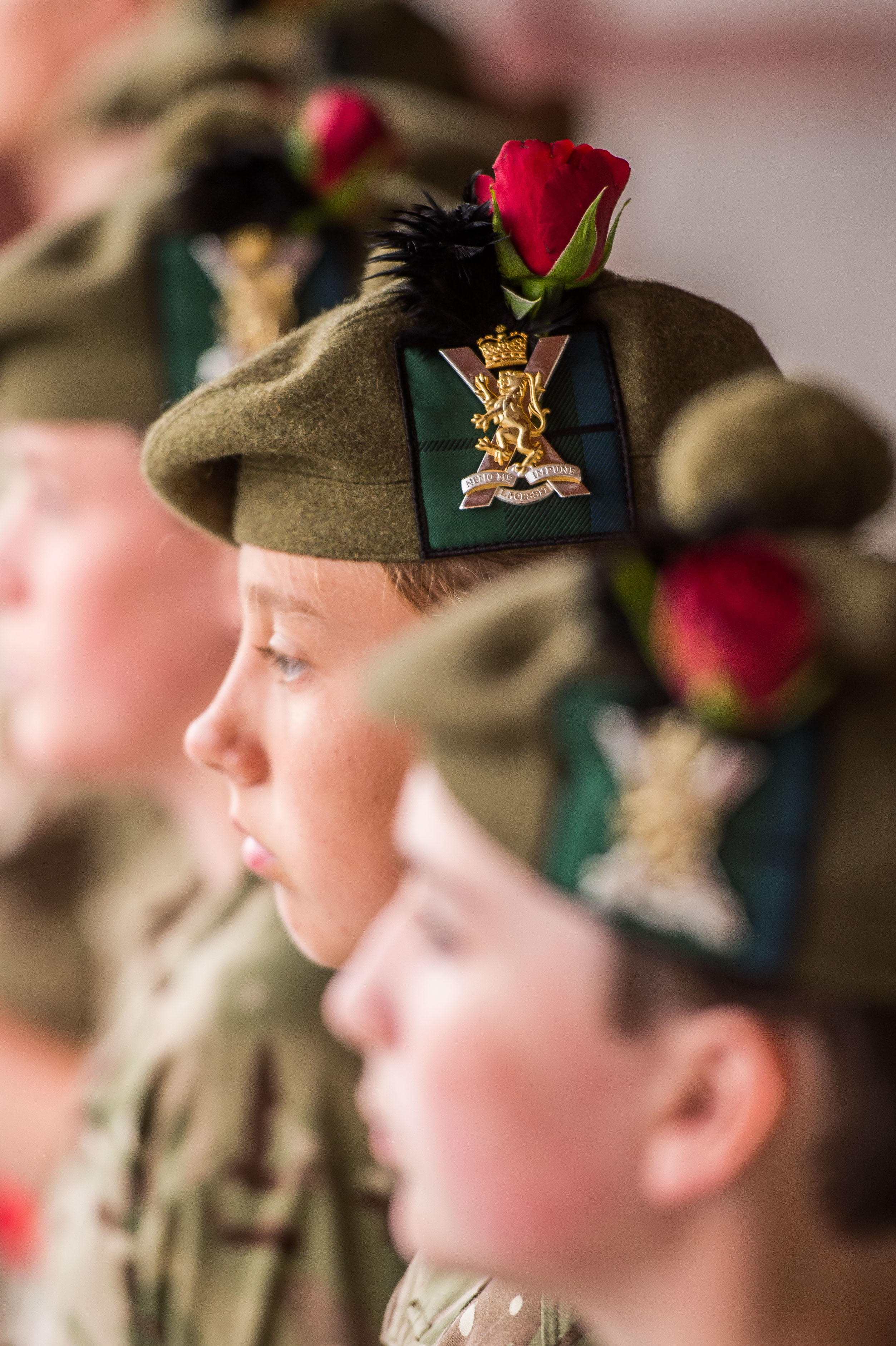 Army Cadets from West Lowland Battalion and Lothian and Borders Battalion will continue the iconic tradition of wearing red roses behind their cap badge on Minden Day at their Annual Camps today.

British soldiers picked roses from gardens ahead of the Battle of Minden in 1759. Every 1 August, Cadets aligned to 1SCOTS commemorate their antecedent Regiment’s victory over the French by attaching red roses to their headdress.

Visiting the scene of the battle afterwards, Prince Ferdinand (Commander, Allied Forces) remarked – “It was here that the British Infantry won immortal glory”.

In 1759 the 25th (Edinburgh) Regiment took part in the Battle of Minden. The Regiment went on to become the King’s Own Scottish Borderers and is today the Royal Scots Borderers, 1st Battalion, Royal Regiment of Scotland.

To find out more about Minden Day visit www.kosb.co.uk/history/minden.