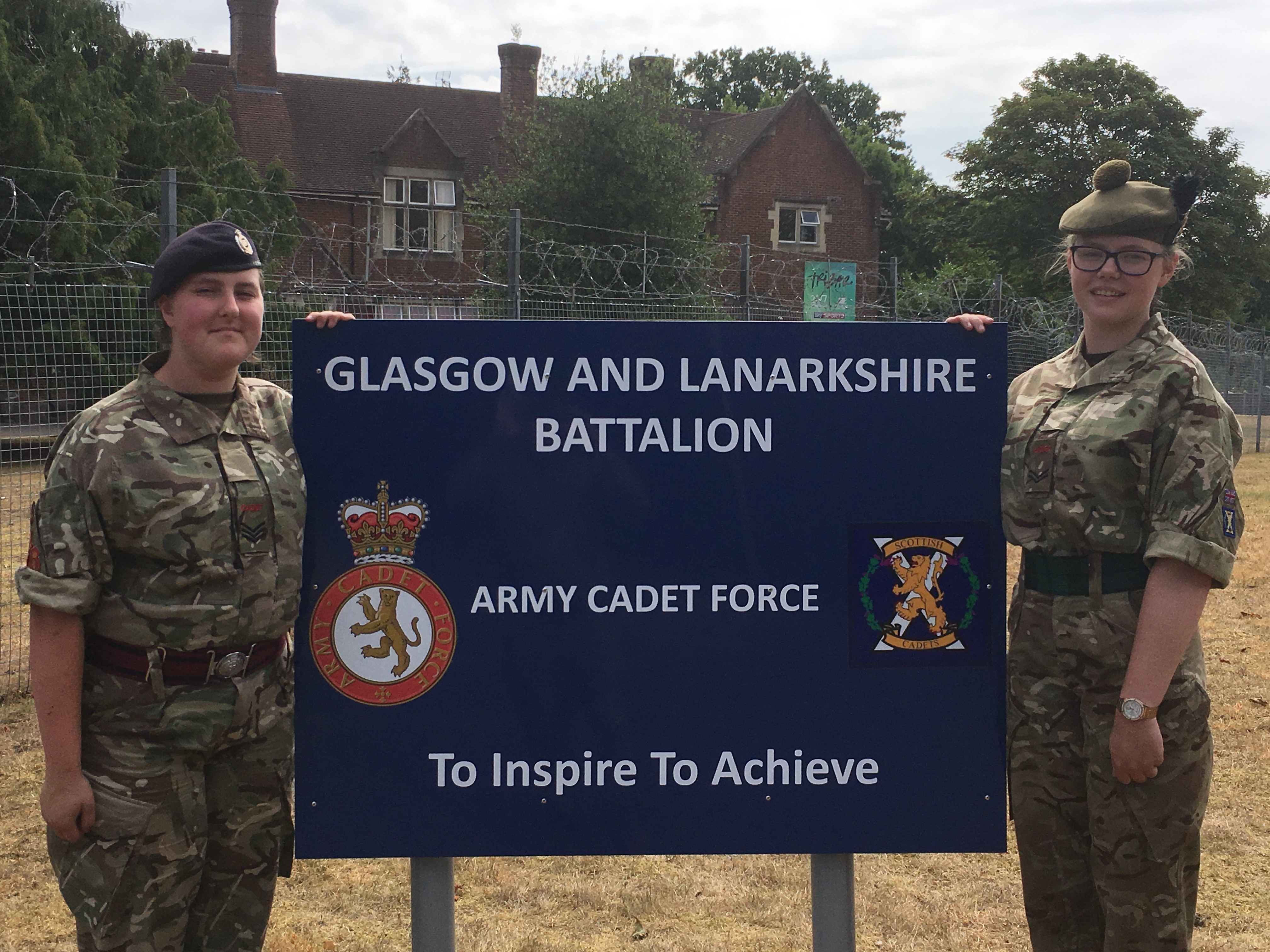 Two Army Cadets from Glasgow and Lanarkshire Battalion ACF have won a prestigious award for their work volunteering with young people.

Cadet Sergeant Amanda Logan, from Airdrie, and Cadet Corporal Melissa Rodger from Motherwell will receive Diana Awards, set up in memory of Diana, Princess of Wales.

Both utilise the confidence, values and skills they’ve gained in the Army Cadets to help other young people in volunteering roles outside the Army Cadets.

“We deliver interactive workshops to go out to community in Lanarkshire, talking to young people about the issues that they face, and offer harm reduction advice and support.

“My big sister volunteered and asked me and I realised it was a really good thing that we were doing.

“The confidence I’ve gained from being in the Army Cadets helps me to talking to different people.

“My friends and family think its really good. I’m not just sitting in the house,  but I’m out there learning new things and helping vulnerable young people.

I plan to become an engineering apprentice with Network Rail when I leave school, and I think that my time in the Army Cadets will help me in my career.”

Cadet Corporal Melissa Rodger set up an engineering club at her school.

“I was nominated for a Diana Award for my work to promote gender diversity in engineering. I started up a robotics club in school for younger pupils to show that engineering is not just for the boys!

“Braidhurst Robotics currently has around 20 pupils from the school who take part in the club as an elective subject.

“As well as developing science, technology, engineering and maths skills, the club also focuses on developing life skills like teamwork, leadership and communications – skills I’ve developed as an Army Cadet.

“We’ve taken part in STEM competitions at New College Lanarkshire in Motherwell, and as a Cadet at Welbeck Defence College, competing against other Army Cadet units from across the UK.

“I want to become an engineer when I leave school and plan to go to university to study electrical and mechanical, engineering, and ultimately to become an Officer with the REME (Royal Electrical and Mechanical Engineers).”

Cadets Logan and Rodger received their Diana Award at an awards ceremony on 5 November in Edinburgh.