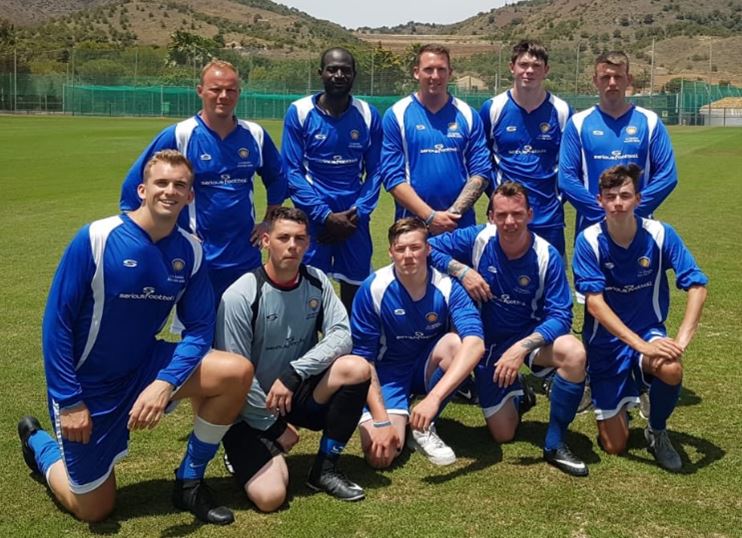 Annan will play host to the first Army Reserve cup final to take place outside of England.

Football fans and supporters of the Armed Forces have been invited to Galabank Stadium free of charge for what is set to be an enthralling showpiece event between Dumfriesshire’s local unit, 6th Battalion The Royal Regiment of Scotland (6SCOTS) and Newcastle-headquartered 5th Battalion Royal Regiment of Fusiliers (5Fusiliers) on Sunday, August 25 at 1pm.

The Bernard Vann Trophy – named in tribute of the former Derby County and Northampton Town player who served as an Acting Lieutenant Colonel of the 1/6th Battalion Sherwood Foresters in the First World War – will be hotly contested by the two talented Army Reserve football teams.

6 Scots is the local army reserve unit in the south of Scotland with detachments in Dumfries, Ayr, Bathgate, Motherwell, Edinburgh, Glasgow and Galashiels.

Organiser and Reserve Secretary of Infantry Football, Kenneth Kyle, says the encounter will showcase just one of the many different prospects and opportunities available to those interested in joining the Reserve Forces.

He commented: “Football in the Army Reserve is an ever-growing beast as it offers opportunities for individuals to develop their talents in the game, team spirit and leadership.

“Football is the soldiers’ game and both squads for the Bernard Vann Infantry Cup Final are extremely passionate about the sport.

“Showcasing the event at an SPFL venue and inviting the local community along to show their support will allow the units to showcase themselves in a different manner. Not only are they reserve soldiers but they are also competitive sportsmen and women.”

Annan Athletic will field an Under 14 team prior to the match to play against Wallsend Boys’ Club at 12pm.

The Scottish League Two football club are among a number of local employers and football teams – including Queen of the South, Stranraer and Gretna to show their support for the armed forces by signing the Armed Force Covenant.

A number of local employers have been invited along to the match and will use the occasion to sign the Armed Forces Covenant or receive Bronze Employer Recognition Scheme Awards from the Ministry of Defence, in recognition of their support for Defence at half-time.

Andrew Cowan, Chairman of Lowland Reserve Forces’ and Cadets’ Association (RFCA), an organisation who promotes the Armed Forces Reserves and Cadet Organisations and provides recruitment support to individual units in the south of Scotland, explained how employers throughout Dumfries and Galloway are supporting the Armed Forces and the Army Reserve in particular.

He said: “Lowland RFCA is looking forward to welcoming members of the public and supporters of the Armed Forces to a free, family-friendly day of football at Galabank.

“More and more employers are signing up to the Armed Forces Covenant and we reward their support by championing employers with the strongest commitment to the Reserve Forces through the Ministry of Defence’s Employer Recognition Scheme.

“As a thank you to employers who already signed the covenant we are inviting them to Sunday’s match and would like to encourage local businesses to come along and meet other Armed Forces-friendly employers.

“Employers can find out more about how they can support our Reserve Forces at one of our recruitment stalls or by speaking to staff from Lowland RFCA on the day.”

“We hope to see as many people there supporting their local Battalion.”

“As a fan owned family oriented club we are always keen to lend our support and facilities to highlight good causes and this is right up there.”