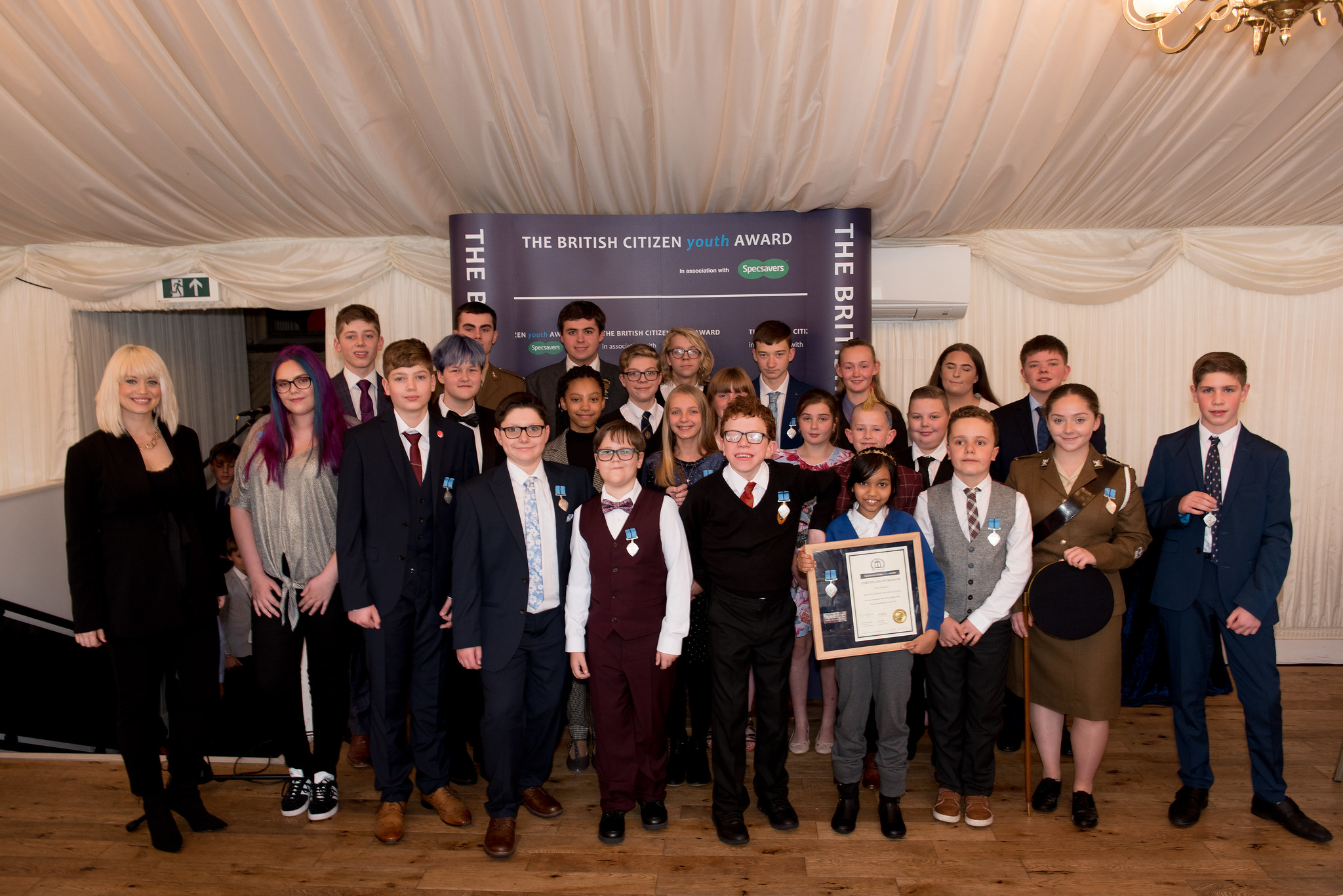 An inspirational teenager recognised with a medal for her extraordinary contribution to society has praised her Army Cadet Battalion for its support to help her overcome personal challenges.

Army Cadet Sergeant Major Amy Barbour was honoured with a British Citizen Youth Award (BCyA) after spending her childhood as a young carer.

The 16-year-old from Saltcoats, North Ayrshire, has risen above the school bullies to excel in recent exams with straight As at Higher level and mentors younger pupils as part of her devotion to volunteering in her spare time.

But without the guidance and encouragement of the West Lowland Battalion Army Cadet Force , Amy believes she would not have become the confident young adult she is today.

She was presented with a medal for making a positive impact on society, becoming a role model for her community and inspiring young people at a formal presentation held in the House of Lords on Wednesday 16 October.

Amy said: “I am extremely proud to have received the award, in recognition of my involvement and contribution within the community. However, I am even more grateful to my battalion for the unfaltering support they have given me, without which I would not have been able to overcome as many obstacles as I have.

“The Army Cadets has been my second family for almost four years, and without its camaraderie and inclusivity I have no doubt that I would be completely isolated.

“I cannot credit my battalion enough, both adult volunteers and Cadets, for shaping my character, nurturing my confidence and encouraging me to never stop going further, aiming higher and achieving more.”

Speaking at the BCyA event, attended by 120 guests including host, Rt. Hon. Lord Blunkett, and Pussycat Doll and presenter Kimberly Wyatt, Amy was humble in receiving the honour but thrilled to be among 26 inspiring young medallists. 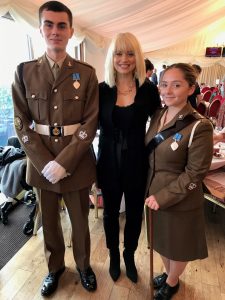 She added: “I didn’t know that I had been nominated for the award, I was in total shock when I found out. “The ceremony was a phenomenal, once-in-a-lifetime experience with an emphasis on pro-activity in our generation.

“Given the common misconception that young people are unmotivated, trouble-makers living their lives online, it was incredibly encouraging and inspiring to see the achievements, qualities and skills of so many of my peers.”

Since joining the Saltcoats Detachment almost four years ago, Amy has made the most of the opportunities life in the Army Cadets has to offer.

She has achieved a number of SQA Awards and First Aid qualifications, completed her Silver Duke of Edinburgh Award, competed in several national sporting competitions and spent a week in Bavaria taking part in Klettersteig (navigating cliff-faces attached to wires) canyoning, rafting, and hiking.

She has gained valuable leadership skills where she has managed nearly 100 12-18 year olds from diverse backgrounds, offering pastoral support and enforcing discipline.

Amy aspires to be commissioned as a Medical Officer in the Army and is certain that the skills and opportunities the Army Cadets has provided her will be of massive benefit going forward.

Colonel Pat Wellington MBE KCHS, Commandant of the West Lowland Battalion ACF, was delighted for Amy and described her as a shining example for all young Cadets. 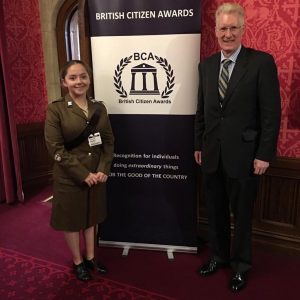 He said: “This national recognition will no doubt further galvanise her resolve and determination to go onto bigger and better things. “I am sure that with her almost limitless reserves of energy and resolve, this human dynamo will make a significant difference to the lives of others as she progresses through life.

“I stand and applaud as I watch, with great pride, this young lady as she forges her way through life.” Ambitiously academic, Amy was determined to study as many subjects as possible to ensure she always challenges herself to exceed her potential.

Having earned nine National 5s last year, she went on to gain six As at Higher level in Maths, English, Biology, Chemistry, Physics and History.

Her busy lifestyle has also involved winning dozens of awards for public speaking as well as banking more than 150 hours volunteering with the Salvation Army.

She has also volunteered over 700 hours at a local care home where she developed a special rapport with Armed Forces Veterans, achieved the ACFA Scotland Inspiration Award, served as a Member of the Scottish Youth Parliament and is a black belt (2nd Dan) in Taekwondo.

Amy received her BCyA medal from Kimberly Wyatt, Presenter of Got to Dance and member of The Pussycat Dolls. She said: “I am honoured to present the British Citizen Youth Awards. 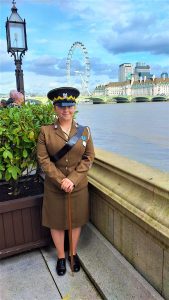 This awards programme shines a light on the efforts of our youth and is something to be revered. The world needs more young people like these leading our communities.”

Following the formal medal presentations, all guests were treated to an Open Top Lap of Honour Tour of the capital courtesy of Big Bus London, which has supported the BCyA since its inception.

“Amy is an inspiration to us all and for to be recognised in this way is just superb. I hope that she is as proud of herself as I, and others, am of her. This accolade demonstrates how incredible young people can be and very much lies at the heart of everything that the Army Cadets stands for, to inspire young people to achieve success in life and become good valued citizens.”