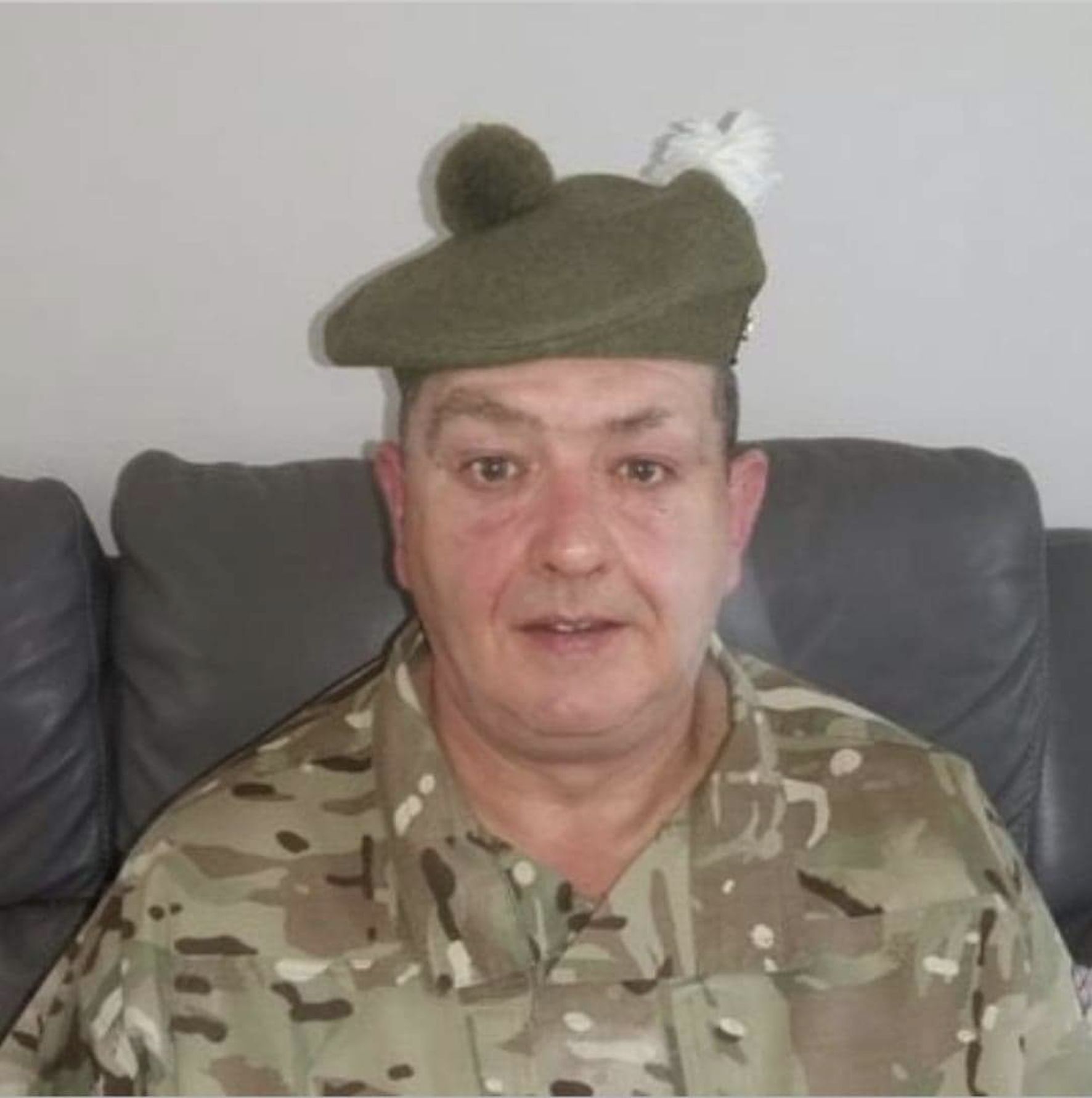 When this year’s New Year Honours List was released, there was particular cause for celebration amongst the Cadet community in the Lowlands of Scotland. West Lowland Battalion Army Cadet Force (ACF) Deputy Commandant for the South, Graham Dempsey, had been appointed to Officer of the Order of the British Empire (OBE). Lowland RFCA were lucky enough to catch up with Graham, to discuss his award and to hear about his time with the ACF.

You are the Deputy Commandant for West Lowland Battalion Army Cadet Force, what does that involve and how long have you been in the role for?

I’m one of two Deputy Commandants in West Lowland Battalion ACF. As well as looking after the south part of our Battalion, I also oversee all of the training for both Cadets and Cadet Force Adult Volunteers (CFAVs). When needs must, I deputize for the Commandant (Comdt), Colonel Pat Wellington.

You were recently awarded with an OBE for your Cadet service. When did you find out about it?

When I look back now I should have realised I was being stitched up but it was just such a surprise. The Comdt had organised a zoom planning meeting for December 28, a fairly unsuspicious event. As well as the meeting, the Comdt informed us that he had sent us secret santa presents in the post but that we weren’t to open them until the meeting. The meeting began very normally, my opposite number gave his update and then opened his secret santa gift – a lovely bar of chocolate. Next me – I gave my update and then the Comdt asked that my wife came through and joined me whilst I opened it. Very bizarre! I opened the gift and it appeared to be a tiny medal, without my glasses I was pretty confused. I looked up at the screen and to my amazement, the Comdt had put up a presentation slide which announced that I had been presented with an OBE. The medal was a tiny OBE replica! I was speechless, my wife was crying! It was just amazing, everyone was in on it! After a really tough year, this was the perfect end to it and the best possible start to 2021. It will be a real joy to go down to London or to Edinburgh to receive the award. I think Mrs Dempsey has already bought her dress!

Is it common for CFAVs to be awarded with OBEs?

Not as far as I’m aware. There are 9000 CFAVs across the UK, and I think this year there were two OBEs (including mine) awarded within the ACF. I suppose it makes my OBE all the more special. It emphasises too that the work we do goes largely unthanked, but that’s not why we do it anyway.

How long have you been involved with the ACF?

Amazingly, I joined the ACF over 40 years ago as a Cadet. Upon aging out in 1985 I became a CFAV, and have since taken on many different roles. From Captain to Company Commander, I’ve greatly enjoyed the many and varied roles I’ve had. I’ve now been the Deputy Comdt for six years and have at least another three years to look forward to.

Why did you want to become a CFAV?

As a Cadet I achieved my 4* APC (back in the day this was the highest rank you could achieve) which gave me a feel for leading and training Cadets. When I looked up at the CFAVs I was just in awe of the time they gave and the amount of energy they put into developing us. I thought to myself, yeah I could enjoy that, so after aging out I signed up to be a CFAV. 40 years later and I’m still doing it!

What do you love about being a CFAV?

Being a CFAV is hugely rewarding; you get to see and inspire real changes in the lives of young people. Seeing a Cadet grow into a well-rounded and achieving adult is very satisfying indeed. Sometimes when I’m out and about on the streets I’ll see ex-Cadets from 10 or 20 years ago, they’ll say ‘Hello Sir’ or they’ll want to keep in touch, which is just so heart-warming.

Are there any Cadets who particularly stand-out to you as having made the most of the ACF?

I remember one particular Cadet from when I was the Commander of Ayr Detachment. A social services worker had brought in a kid who, you might say, was on the wrong sides of the tracks. But as soon as we brought a bit of discipline and challenge into this young man’s life, things began to turn around. He stuck with Cadets and eventually became the Battalion’s RSM (Cadet Regimental Sergeant Major), the highest position a Cadet can achieve. All these years later, I’m still in touch with this Cadet at least once a month. He now has a wife and kids and is really well settled. I’m confident that without the input from the ACF, he may well have ended up in prison. This sort of story isn’t stand-alone either. Throughout the UK, CFAVs give young people the opportunity, discipline and structure to do more with their lives, to choose the right direction.

What would you say to someone who was interested in becoming a CFAV?

My opening gambit to all potential CFAVs is to just come and have a look, just come and see what a difference you can make. You don’t need to have a military background, you don’t need to have a Cadet background, you just have to be passionate about making a difference for our nation’s youth. It’s also worth mentioning that CFAVs gain a huge amount of transferable skills from the training they receive from Cadets. I’ve been a logistician for over 20 years and I’ve no doubt in my mind that my ability to do my job has been greatly enhanced by the planning and operational skills I’ve learnt whilst being a CFAV.