You are here: Home > Public News > Cadet hits the high notes with award for excellence in piping
◄Back to News

Cadet hits the high notes with award for excellence in piping 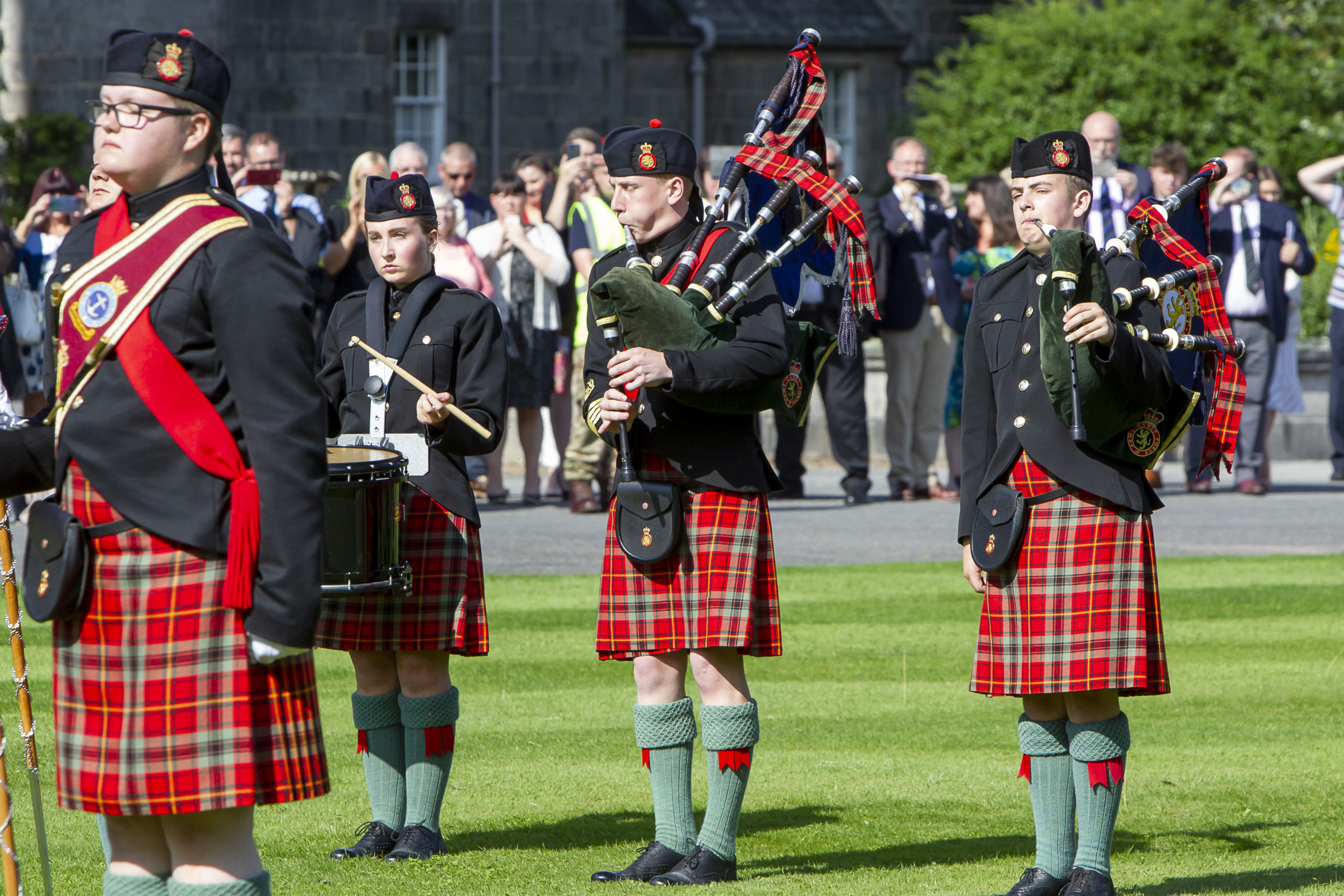 A top talented Army Cadet has been honoured for his outstanding performances in piping.

The awards cover five categories – Sport, First Aid, Piping and Drumming, Bands and Corps of Drums and the Duke of Edinburgh’s Award – and recognise those who have gone above and beyond to help others and to promote their activity.

Cadet Christie, the Senior Cadet Pipe Major in the Combined Services cadet Pipes and Drums, was nominated for the award after diligently leading and carrying out his duties at national events, weekend camps and week-long concentrations in Inverness and Redford as well as on Detachment
nights.

The 16-year-old is also a regular prize winner on the Junior Solo Piping circuit and has been instrumental in leading Lothian and Borders ACF Pipes and Drums entries and performances in military competitions since he became a cadet in 2015.

Adding to his long list of achievements, Cadet Christie has further achieved SCQF Level 7 in piping, a rare accolade for one so young.

Cadet Christie commented: “It was a great honour to be presented with this award.
“Thank you to Lothian and Borders Battalion for putting me forward for this, I am very grateful.”