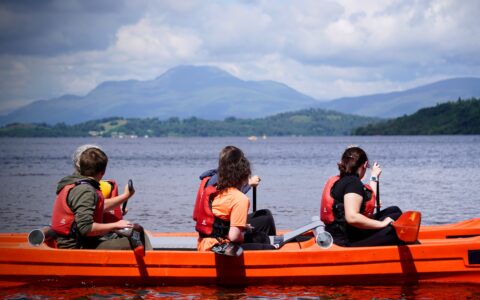 In June 2012 the UK Government introduced the Cadet Expansion Programme (CEP) to increase the number of young people can benefit from the Cadet experience in school, and to increase in the number of state schools benefiting from having a Cadet Force as part of school life.

The Cadet Expansion Programme and the concept of school-based Cadet activity was developed in response to demand from school leaders, with strong support from both the Scottish and UK governments and local authorities. Linked Detachments were successfully piloted in 2011 and there are currently nine state secondary schools in Ayrshire, Dumfries and Galloway, Dundee, Edinburgh, Fife, Glasgow and West Lothian that host Linked Detachments across the three Cadet Organisations (Army, Sea and Air Cadets).

The Linked Detachment model has been championed by head teachers with an understanding of the value of Cadet Experience, supported by the local authority education department. Funding for a further three Linked Detachments is available and, in the future, we believe innovative funding arrangements could lead to the establishment of additional Linked Detachments.

Pupils in participating schools can elect to join a Linked Detachment as part of their subject choices from S3 onwards. The school determines which pupils would benefit most from this vocational learning – as a result Linked Detachments have a broad mix of abilities.

Pupils spend time during the school week (usually two double periods) learning the Cadet syllabus which is delivered by a qualified Cadet Instructor, with some classroom support from a nominated member of school staff. Due to the variety and volume of the Cadet syllabus learning, pupils also attend their local cadet detachment on evenings, weekend residentials and a fortnight residential during the summer holidays. Importantly the cadet syllabus is strongly and deliberately aligned to the four competencies underpinning Curriculum for Excellence – successful learners, confident individuals, responsible citizens and effective contributors – and recognises learning and attainment that takes place outside the school.