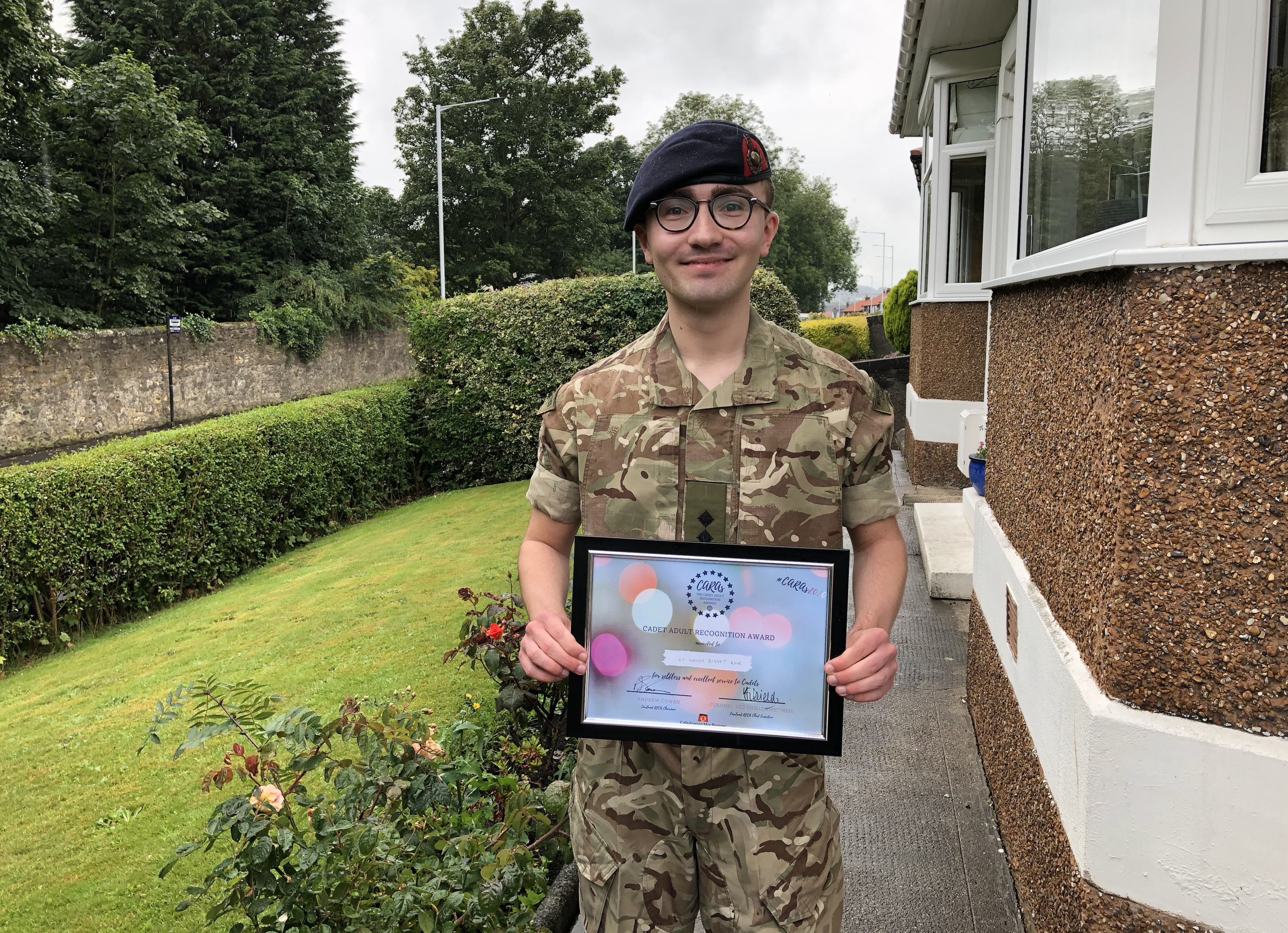 Year in, year out, thousands of Cadet Force Adult Volunteers (CFAVs) selflessly dedicate their time and energy to ensure Cadets get the most from their Cadet Experience.

But when the nation was plunged into lockdown due to the COVID-19 pandemic, those volunteers stepped up to keep children engaged in a world that provides unique opportunities for fun, friendship, action and adventure as well as new skills and qualifications – all from the complexities of their own homes.

Sponsored by the Ministry of Defence, the five Cadet Organisations: Sea Cadets, Army Cadets, RAF Air Cadets, Combined Cadet Forces and Volunteer Cadet Corps, are some of the largest and oldest voluntary youth organisations in the country and provide military themed activities and training for young people aged 10 to 18.

The Cadet organisations bring unparalleled opportunities for young people from all walks of life to learn, grow and excel and are run by thousands of ordinary volunteers, doing extraordinary things.

Lowland Reserve Forces’ and Cadets’ Association (RFCA) is formally recognising the hard work of the CFAVs through a new initiative, the Cadet Adult Recognition Awards (CARAs). The award scheme gives Cadets the opportunity to officially thank the Adult Volunteers who have committed to developing young people.

The CARAs are Cadet-nominated honours which recognise and thank CFAVs within the Cadet services in the Lowlands of Scotland.

The inaugural awards ceremony took place on YouTube on 7 August. Eleven prizes were awarded following dozens of nominations for a number of outstanding volunteers, the overall winner was Flt Lieutenant Grahame Kirsopp.

“With the exception of a small body of Permanent Support Staff, a huge proportion of the people who deliver the Cadets are volunteers. Many have day jobs, so once they get back from work they put on their uniform and help and assist these young people in so many valuable ways. They really are just fantastic individuals so we think it’s a brilliant time to say thank you.”

Each award was sponsored by businesses local to the area in which the Army, Air or Sea Cadet units are located. This provided a great opportunity for local employers to recognise the value and qualifications that can be gained as part of the Cadet Experience.

“As an organisation Lowland RFCA champions, on behalf of the Ministry of Defence, the relationship between Defence and employers. And through our day-to-day work we have really good links with the local business community. We mentioned the CARAs to some of them and they were excited to sponsor a CARA which makes the award that little more special. This connects the business world with the Cadet world and brings a nice harmony across the board.”