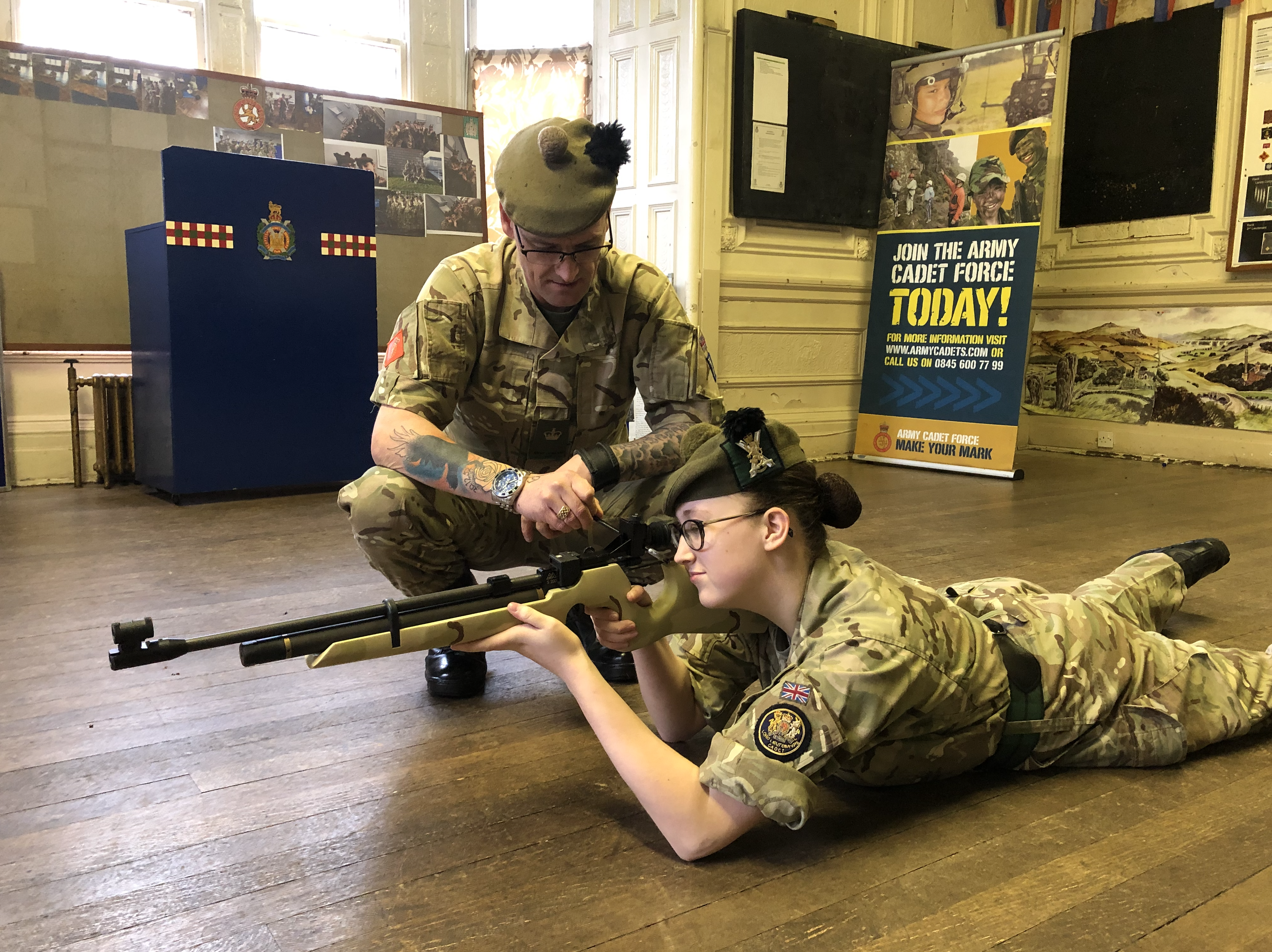 For Cadet Sergeant Major (CSM) Jonny Marshall there is no better feeling than developing young adults and watching them achieve more than they could ever have imagined.

The father of three has gone full circle, having joined the Annan Detachment of the West Lowland Battalion ACF as a boy before commanding the same unit aged 44.

“People ask me why I am a Cadet Force Adult Volunteer (CFAV) and my answer would be the feeling of seeing a kid, who is achieving nothing in life or is not very academic, going on to achieve something in the Cadets. It’s about seeing that great beaming smile on their face when they get that certificate or star badge on their arm. That’s what it’s all about for me.

“You see these young people develop and grow from the cheeky little monkey that they were when they walked through the door to being a young adult. And you are proud to say you helped with that. I joined Cadets to change people’s lives and that’s the focus for me.”

Growing up in the rural town of Annan in Dumfries and Galloway, the Army was all Jonny knew. His grandfather was his inspiration to join up with the Royal Engineers in 1993 – having served himself with the Royal Scots Fusiliers.

Jonny’s dream however, was cut short after sustaining an injury a year later to his knee when he was accidentally tripped by a new recruit while on a training exercise. The experience had a negative impact on him mentally as well as physically.

“As I went down my knee hit a pot hole. They called it Chondromalacia patella, the softening and breakdown of the cartilage. I was in hospital and in plaster cast for eight months and I thought that was the end of my military career for me. It hurt me physically but also hurt my pride as well.

“I always say to the Cadets, ‘always have a plan B’ because I never did. All I ever wanted to do was be in the Army.”

But after being employed in a number of civilian roles and finally settling in his job as a SHEQ Officer for a utilities company, Jonny returned to where it all started when he introduced his son to his local Cadet unit in 2014.

From then on, neither could have envisaged being part of the organisation which has become a second family to them.

“I took my son to join and I never left! I see the opportunities for Cadets that are available now. The qualifications they can get out of it is fantastic. We didn’t have the training facilities or the staff in place back then.

“Some of these adults know more about me than my best friends because we’ve got that connection and friendship, we are like a family.”

In 2019 Jonny took over as Dalbeattie Detachment Commander and continues to spend his spare time visiting cadet centres throughout Dumfries and Galloway.

Since returning to the Cadets, Jonny has made a lasting impact on not only the Battalion but the Cadets themselves. But he reckons anyone with the right mindset can become a CFAV, change a young adult’s life for the better and feel the pride and reward a Volunteer in the Cadets can have.

“It’s very important for Cadets to have a role model and in my eyes young people are the product of their environment.

“There is an online application but before you do that I would advise everyone to go to their local detachment. Because it’s one thing listening to people encouraging you to join but you are better speaking to the people on the ground, they will give you a definition about what being a Volunteer is all about.’’

Looking to the future, Jonny wants to continue his good work with the Cadets by becoming the  Regimental Sergeant Major (RSM) – the Battalion’s most senior non-commissioned officer.

“I’m a great believer in you’ll get what you put in with being a CFAV. If you want to put time and effort in, you’ll make a career of it and change young people’s lives. They are trusting you with their Cadet career, to guide them in the right direction.”