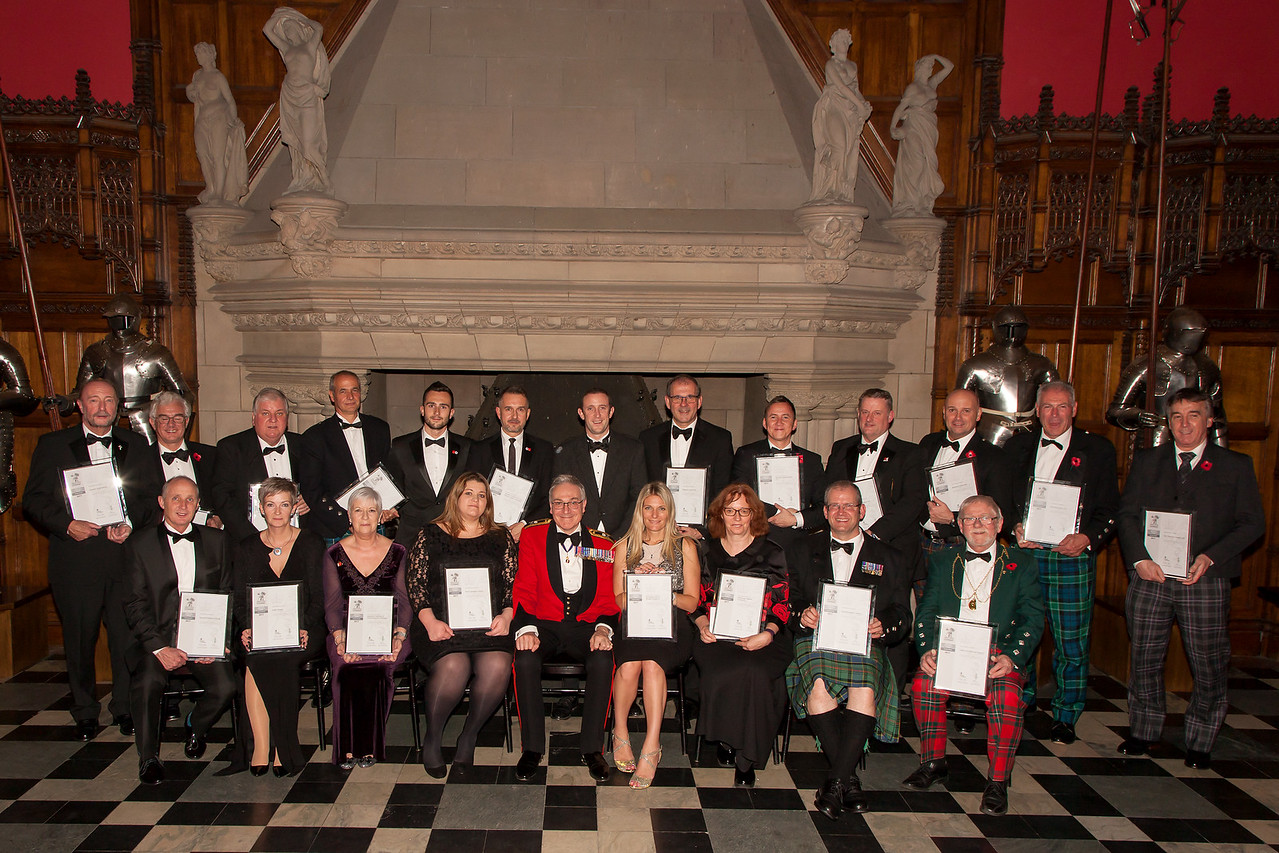 Employers from across Scotland gathered in the Great Hall of Edinburgh Castle on 2 November 2017 for the Employer Recognition Scheme (ERS) Silver Awards dinner.

56 employers from both public and private sector organisations attended, and 21 ERS Silver Awards were presented in recognition of the support actively given to their employees.

Following a short drinks reception in the Laich Hall the guests were invited into the spectacular surroundings of the Great Hall where they were welcomed by the Governor of Edinburgh Castle, Major General Mike Riddel-Webster, and Brigadier (retd) Mark Dodson MBE, Chief Executive of Highland RFCA to mark the beginning of the evenings events.

The first was Lieutenant Chris McDade of the Royal Navy Reserve (RNR).

He said: “I have two roles in my current RNR appointment; as a Divisional Officer in HMS Dalriada with responsibility for the discipline and welfare of sailors, and professionally as an Amphibious Warfare Officer with the job of managing the assault phase of amphibious operations. The RNR has taught me how to adapt my leadership style to the requirements of particular circumstances and I am constantly learning new techniques.

My RNR career is a real challenge and a chance to get stuck in. It has really made a massive positive difference to the way I approach my day job.”

Lt McDade was followed by Major Lynette Brough, a CFAV from West Lowland Battalion Army Cadets who shared her experiences as an adult volunteer in the national youth organisation. 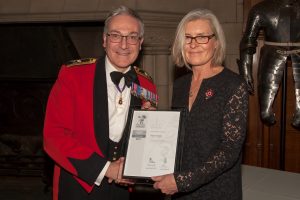 She said: “I can remember when I first heard from friends about this ‘fantastic club’ called the Army Cadets. I went along, joined as a cadet and have never looked back. As an adult volunteer I have learned a lot – patience, the ability to strategise and plan; a whole range of strengths.

The ACF can’t function without its volunteers, but the amount of satisfaction you get out of it is amazing. You see these little kids coming in nervous and shy, just like I felt. They come out as confident, articulate 18 year olds able to join the workforce and contribute to society.”

He said: “As an organisation that sees itself as a defence supporter, we are aware of the way service leavers are sometimes viewed. There is still some stigma and reference to stereotypes: either the ‘Dambusters’ sort, with elderly veterans with lots of medals – there seem to be a few of them here this evening! – or the younger generation with drug and alcohol issues.

Neither is true, and we have found that the commercial benefits of employing service leavers with the skills they bring is enormous. Through our organisation’s armed forces network we are able to make the most of this, and we look forward to working with defence in the future.” 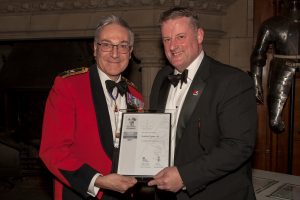 Dinner was served by caterers Benugo under the watchful eye of our Master of Ceremonies, Corporal Snowy Robinson of 3 Commando Brigade Royal Marines.

Music was provided by an ensemble from the Lowland Band of the Royal Regiment of Scotland which is an entirely reservist band consisting of musicians from 6 SCOTS plus an impressive piping performance by Cadet Pipers Paul Christie and Christopher Happs of George Heriot’s School Combined Cadet Force (CCF).

Dinner was followed by the presentation of awards by Chief of Defence People, Lieutenant General Richard Nugee CVO CBE. Lt Gen Nugee leads the MoD’s strategy for developing a ‘capable and motivated military and civilian workforce’ across Defence.

The Employer Recognition Scheme encourages employers to support defence and inspire other organisations to do the same through the Armed Forces Covenant.

The Armed Forces Covenant is a promise from the nation to those who serve. It says we will do all we can to ensure they are treated fairly and not disadvantaged in their day-to-day lives.