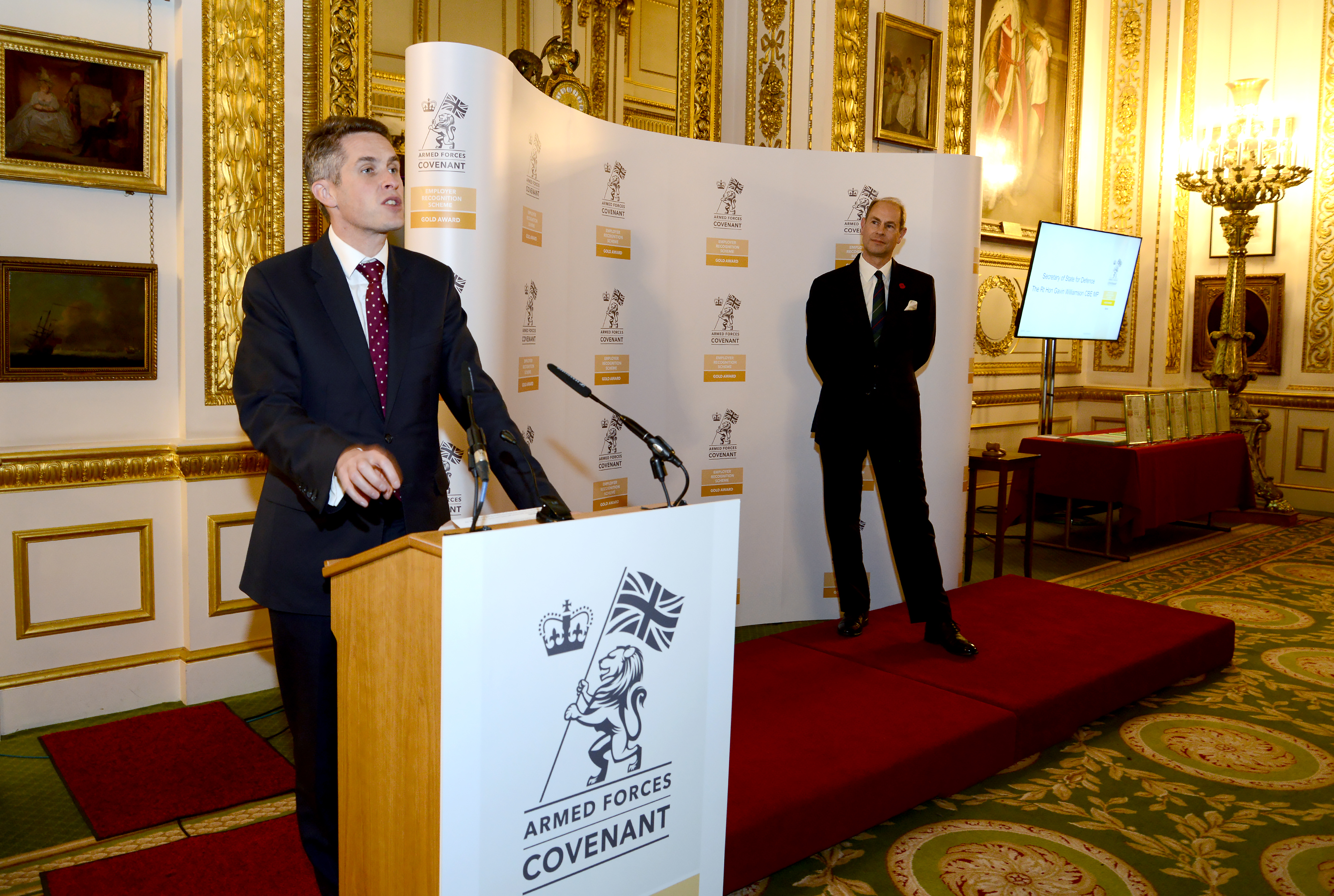 Four employers from the lowlands of Scotland have been awarded the Ministry of Defence’s top award for employers at a ceremony in central London last night.

A record 51 organisations from across the UK received the ERS Gold Award last night, recognising those organisations that actively support for the armed forces community, employ ex-forces personnel and allow Reservists to train and mobilise on active duty.

Now in its fifth year, the Ministry of Defence’s ERS Awards represent the highest badge of honour available organisations that employ or support those who serve, veterans or their families.

Defence Secretary Gavin Williamson MP said: “Those who have served our country so courageously deserve the full support of organisations across the public and private sector.

“The breadth and diversity of this year’s Gold Award winners shows how business support for the armed forces continues to flourish. I offer my gratitude and congratulations to all the winners.”

Minister for Defence People and Veterans Tobias Ellwood added: “When people leave the armed forces, they do so with unique skills and experiences that can benefit businesses and organisations across the country.

“These awards show just how valued and in demand these skills are. I encourage more businesses to sign up to the Armed Forces Covenant and show their support for our brave service leavers.”

Colin Vooght, Head of Engagement at Lowland RFCA, said: “This is the first time four organisations in the lowlands of Scotland have achieved a Gold Award in the same year. The mix of SME, local authority and FTSE-100 financial services giant shows that organisations of all sizes and sectors can play their part in supporting the armed forces community in Scotland.

More than 3,000 companies have already signed the Armed Forces Covenant. To find out how your organisation can partner with Defence visit Lowland RFCA ERS page