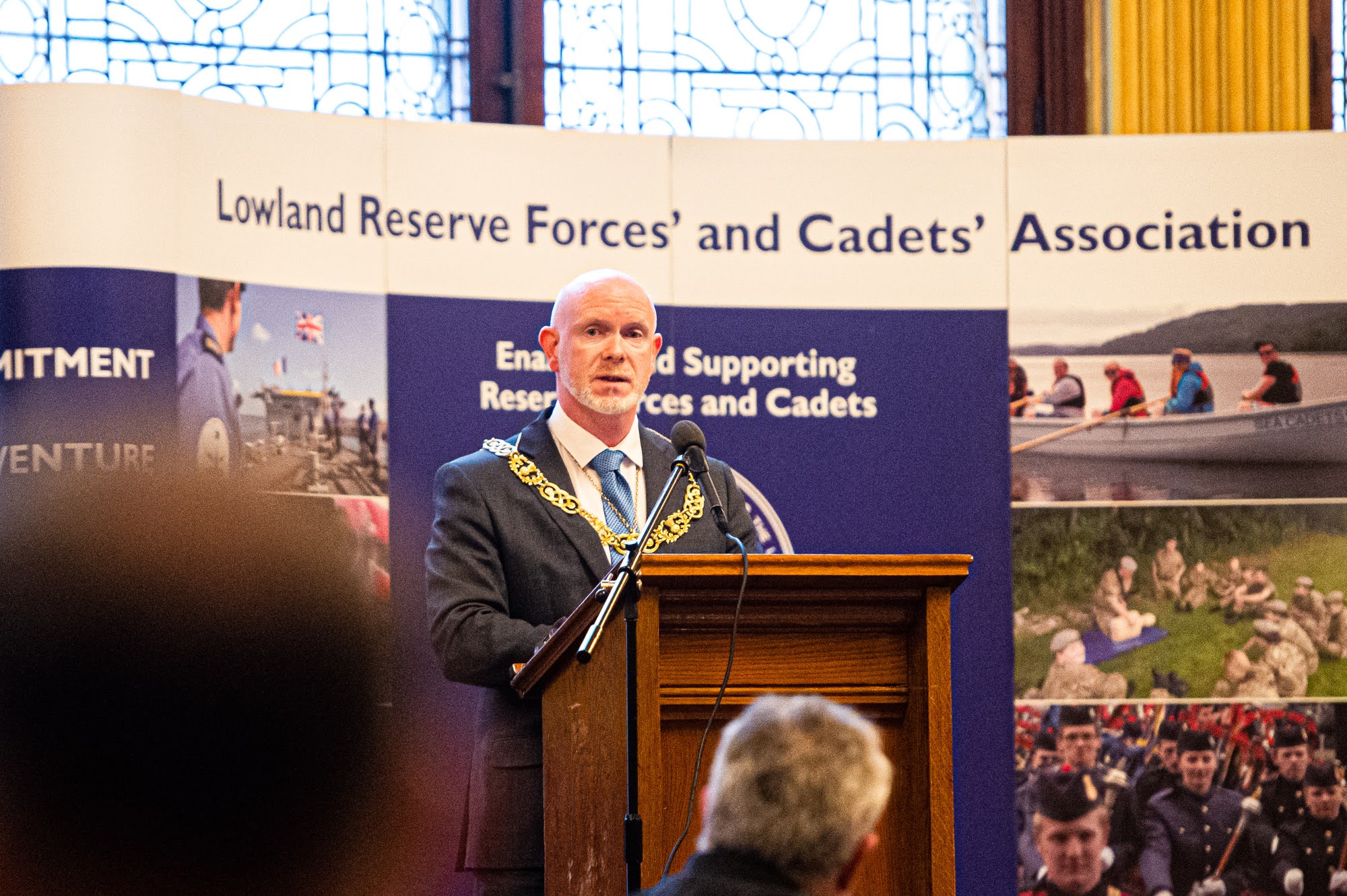 Nine inspirational Reservists and Cadet Force Adult Volunteers (CFAVs) have been honoured for their outstanding service by Her Majesty The Queen’s representative for the city of Glasgow.

The annual Lord-Lieutenants’ Awards for Reservists, CFAVs, Cadets and employees of the Reserve Forces and Cadet Organisations are recognised as prestigious honours throughout the Ministry of Defence.

Her Majesty’s Lord-Lieutenants are the representatives of the Crown for each county in the United Kingdom.

The 2020 award ceremony was postponed until 2021 due to Covid-19. The following individuals received a Lord Lieutenant’s Certificate of Meritorious Service for their contribution to Defence and society at Glasgow City Chambers on 18 August 2021: 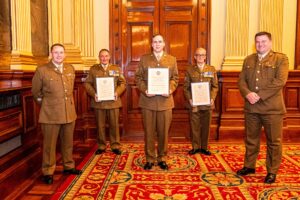 The Right Honourable Lord Provost of Glasgow, Philip Braat, is Her Majesty The Queen’s Personal Representative for the City of Glasgow. He signed and presented nine Certificate of Meritorious Service to members of the Reserve Forces and Cadet Organisations for their significant contribution to Defence through their commitment to their individual units, communities and operational service.

Lord Provost Philip Braat, an Honorary Captain with the Royal Navy Reserve and former Reservist, said: ‘Glasgow has a long and proud history of supporting military Reservists and Cadets. We recognise the enormous benefits it brings.

‘My congratulations and grateful thanks to all the recipients for their commitment and selfless service to our communities. I would also like to pay tribute to their families, friends and employers who have lent them their support, and all the military personnel and volunteers who have aided them in their success.’

Nominations are made by the Commanding Officers and are reviewed by Lowland Reserve Forces’ & Cadets’ Association (RFCA) which make recommendations to the Lord-Lieutenant. 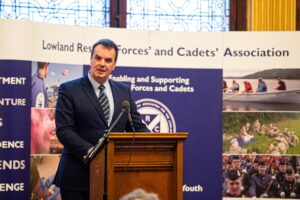 Captain Andrew Cowan, a Royal Naval Reserve Officer and Chairman of Lowland RFCA, said: ‘Thank you to the City of Glasgow for hosting this event in the City Chambers.

‘On behalf of the Board and the membership of the Association I must pass on our congratulations to all the award recipients who continue to make a positive contribution to the Defence of the nation, their communities and neighbourhoods.

‘The Cadets and Reservists honoured tonight exemplify the benefits service in the Reserves, Cadet Organisations and Armed Forces can bring. Equipping individuals with skills and experience that are useful life-skills and attractive to employers.’