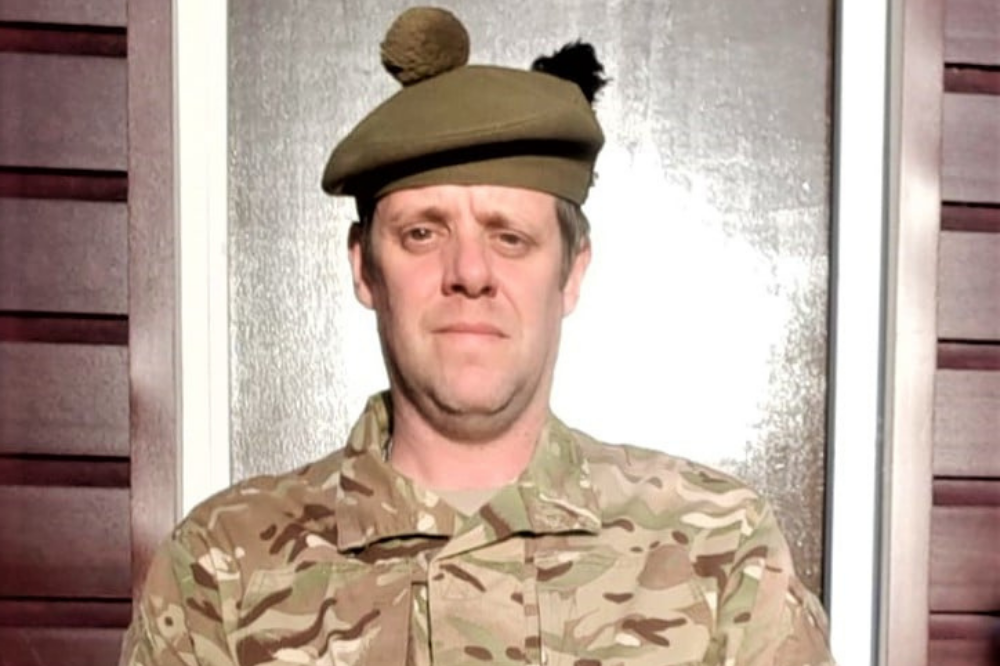 SMI (Sergeant Major Instructor) Derek Ross was driving through Castle Douglas in April 2021 in Dumfries and Galloway when he noticed someone had collapsed by the side of the road and another man trying to help him.

The Battalion Medical Support Officer, of West Lowland Battalion ACF, pulled his vehicle over on King Street to offer assistance to the man who was starting to tire having performed CPR.

SMI Ross commenced CPR and instructed a bystander to go to his vehicle to retrieve his first aid kit, complete with CPR mask. This allowed him to give breaths to the casualty who was struggling to maintain his airways.

He instructed another bystander to assist in keeping the airways open to allow him to continue.

The casualty was in Cardiac Arrest and SMI Ross continued with CPR and breaths for over 15 minutes, bringing the casualty back twice and delivering four shocks from a locally sourced defibrillator before an ambulance arrived.

SMI Ross, who was awarded the Royal Humane Society Resuscitation Certificate, said: ‘On the day itself, because of COVID-19, I thought people were quite frightened to stop. Certainly at the moment we teach not to give breaths but the guy’s airways were compromised and he wasn’t getting any oxygen in at all so I decided to still give him breaths. I think because we managed to get the breaths in we managed to keep his brain alive.

‘We brought him back once and he passed away again and I continued CPR and defibrillation. He had four shocks altogether and we were doing CPR for 28 minutes because the local ambulance was a while away so they had to divert one from another town.

‘The man had quite bad facial injuries as well because he fell face first when he had the cardiac arrest. He was breathing and had a good pulse by the time he left us.’

SMI Ross has since had feedback on the man’s condition who is recovering well with a pacemaker.

The CFAV, who has volunteered at the Castle Douglas detachment for 21 years, admitted it was unusual for him to drive down the road where he came across the two men and was thankful he was able to assist with the skills he learnt in the ACF.

He explained: ‘It could be a family member that you have to do it on and that’s what we always emphasise to the Cadets when we are training them. The skill of first aid is priceless.

‘It was Cadets which got me into first aid. I can remember being taught it as a Cadet and I used to pass out at the sight of blood. But it’s amazing how much it does teach you and it is with you for life.

‘Even Cadets who I have taught in the past, will come back to me many years later, after rendering first aid on someone, and they’ll tell me that if it wasn’t for me teaching them that life skill they wouldn’t have known what to do.

‘I believe that learning a life saving skill such as CPR and defibrillation really is the difference between a life saved and a life lost.’ 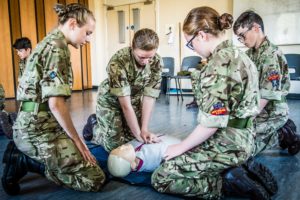 One person commented: ‘Well done Derek superb effort and achievement. You are living evidence of the value of the life-skills learnt in the Army Cadet Force – well done and thank you for being a superb ambassador.’

Another wrote: ‘Very well done SMI Ross this is why I continue to train and teach to pass on the knowledge and help many more save a life.’