You are here: Home > Public News > Heart of Midlothian FC Latest to Sign the Armed Forces Covenant
◄Back to News 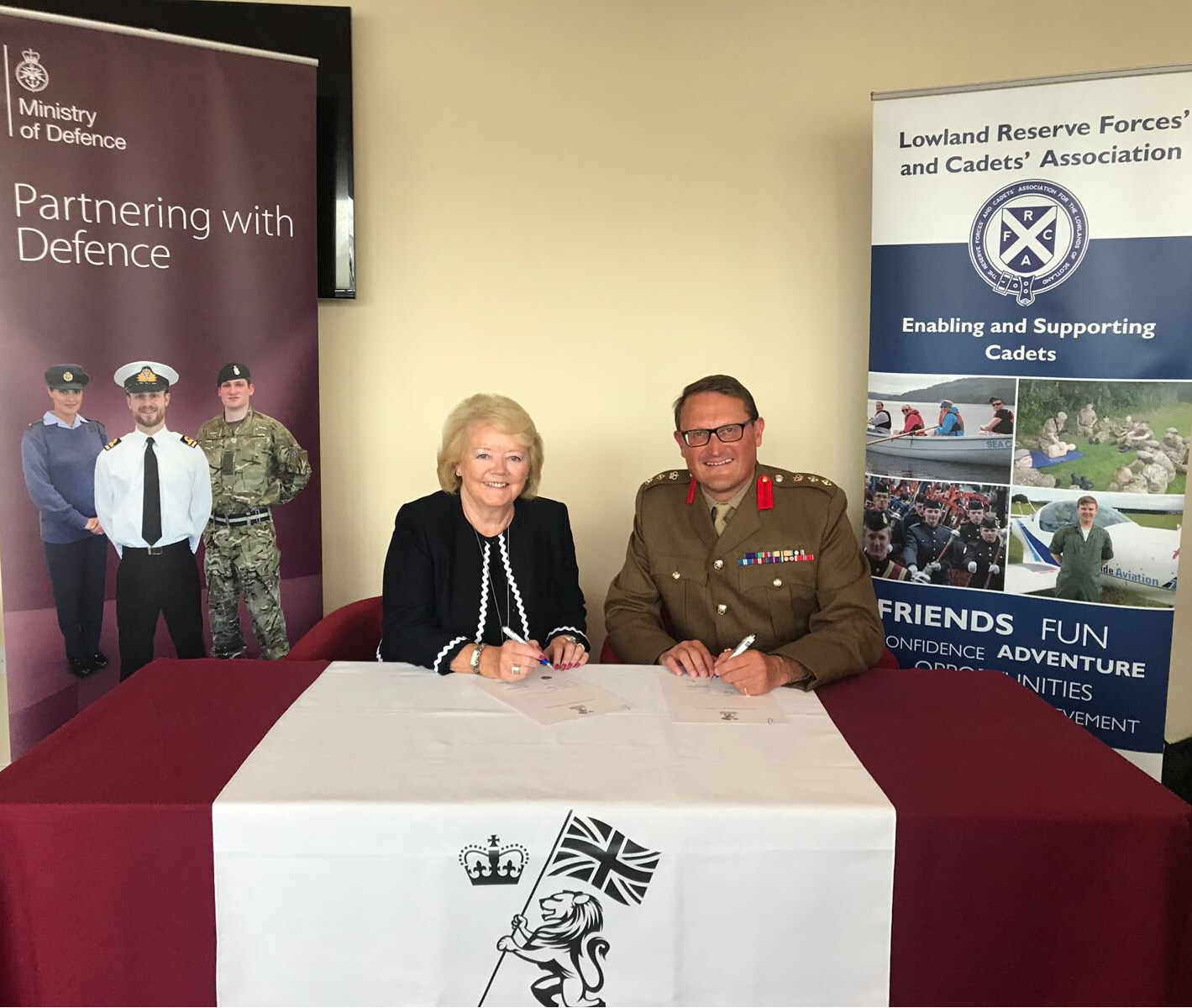 The Scottish Premiership outfit signed the Covenant at their Betfred Cup match against Inverness CT on Sunday 29 July 2018, which was designated as Hearts’ Armed Forces Day match.

Hearts owner Ann Budge signed the Armed Forces Covenant which was counter-signed on behalf of the Secretary of State for Defence by Colonel Charlie Wallace, Deputy Commander of the Army in Scotland.

The Armed Forces Day fixture saw serving personnel from the Royal Navy, Army and Royal Air Force Reserves and Cadet Organisations welcomed to Tynecastle Park. The three Services also had a number of displays on the Foundation Plaza for Jambos to stop for a chat and to find out more about the role of our Armed Forces.

A club spokesman said: ““In line with the Club’s ethos of working closely with individuals and organisations in the community, Heart of Midlothian is committed to supporting the Armed Forces Community.

“We believe that no member of the Armed Forces Community should face disadvantage in the provision of public and commercial services compared to any other citizen.

“Upon signing the Armed Forces Covenant, the Club committed to a range of pledges, one of which is to designate one home fixture per season as Armed Forces Day.”

To find out more about Partnering with Defence visit www.armedforcescovenant.gov.uk.