You are here: Home > Public News > IN FRONT – The Newsletter of the British Army
◄Back to News

IN FRONT – The Newsletter of the British Army 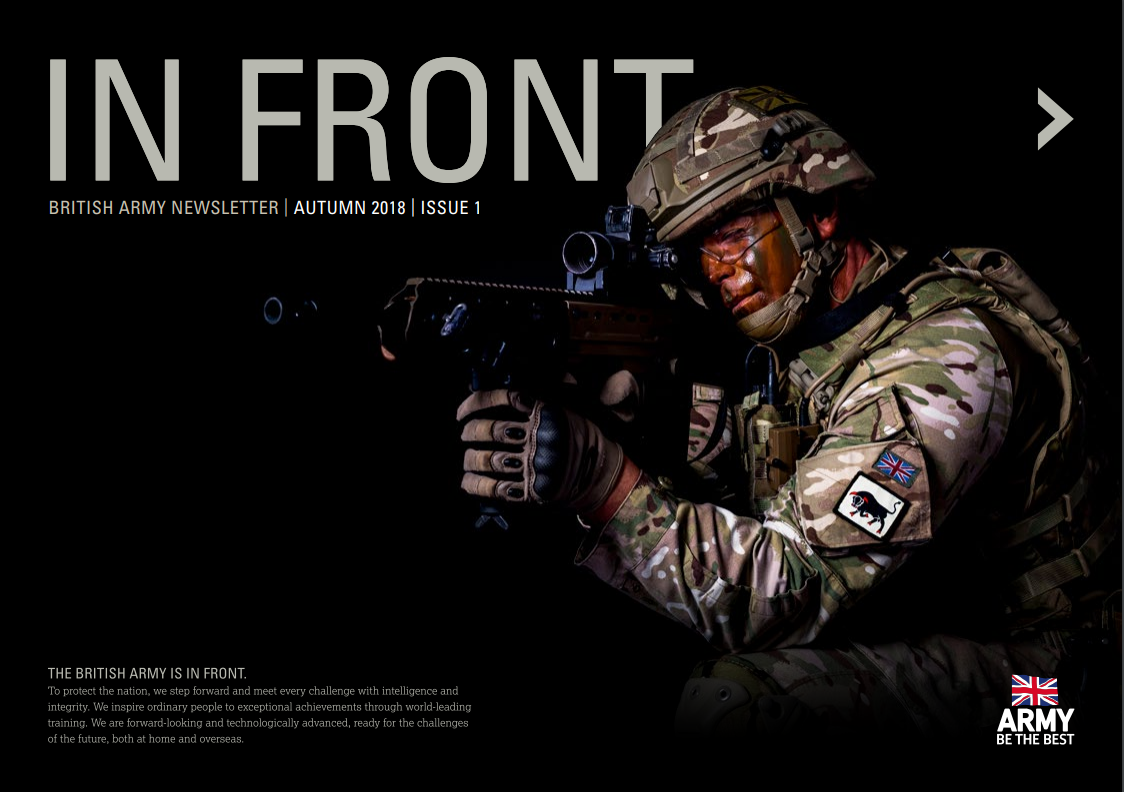 The British Army has re-launched its bi-annual newsletter – IN FRONT – as part of its efforts to improve communications across the Army, and between the Army and the general public.

Army Director of Engagement & Communications, Major General Rupert Jones, said: “IN FRONT is presented in a modern, smartphone compatible format, so it can be shared widely, and to make the information more accessible.

“It can be hard to keep pace with the amount of change going on and with everything the Army is doing around the world. Hopefully this newsletter will help a little.”