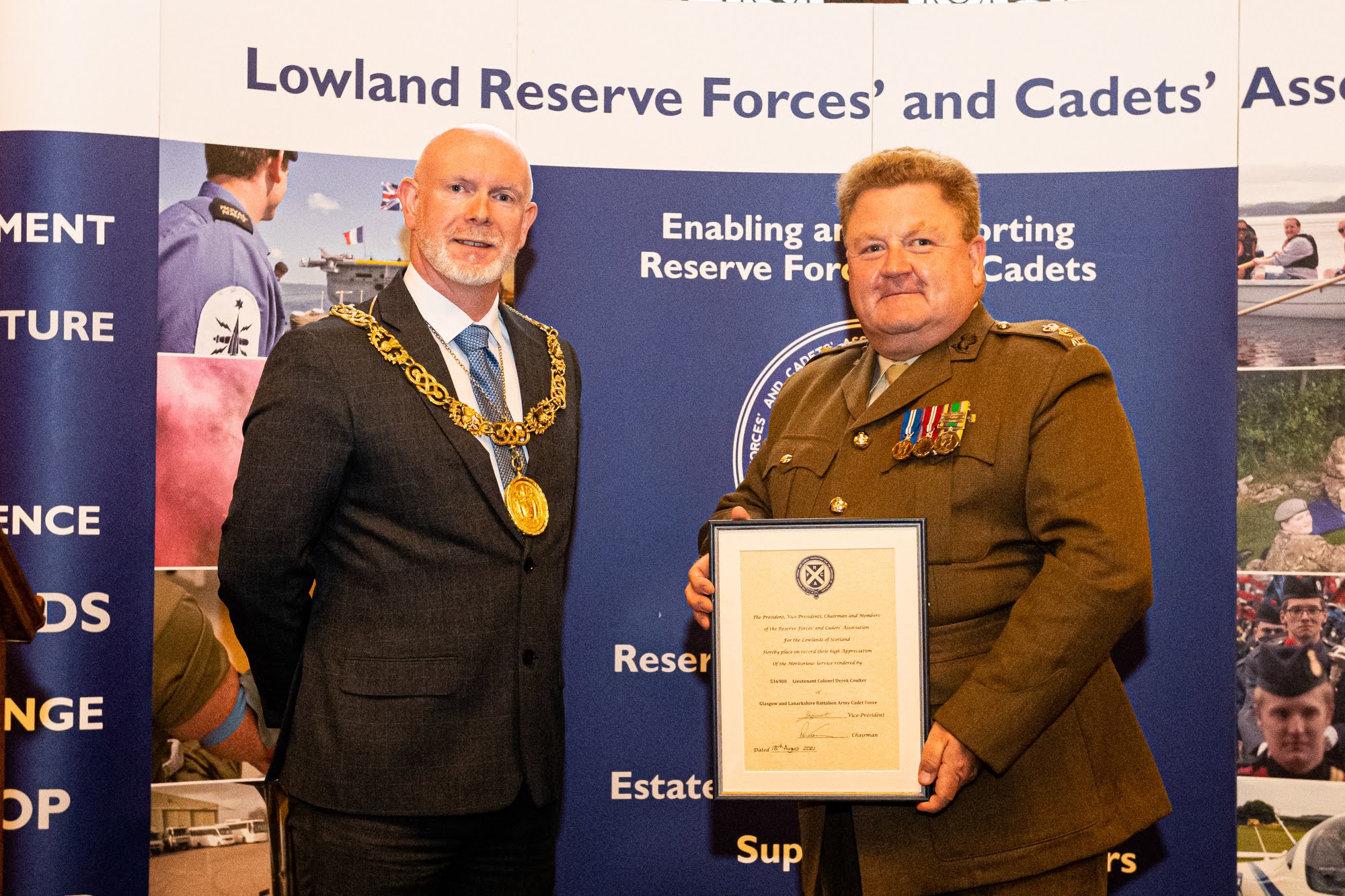 Colonel Derek Coulter has spent 35 years as a Cadet Force Adult Volunteer but cannot pinpoint one particular highlight because he has so many.

The Glasgow man has travelled the world with the Army Cadet Force (ACF), performed at the Edinburgh Military Tattoo and used his skills and experiences as part of the youth organisation to allow him to advance in his ‘civilian’ career.

However, the sight of witnessing young people rise through the ranks to grow and develop into adults, who then go on to achieve remarkable feats, is what it’s all about for Derek.

Now Commandant of the Glasgow and Lanarkshire Battalion ACF, Derek said: ‘Throughout my years as an instructor I have helped thousands of young people and watched them achieve things they’d never have thought was possible. That is what I enjoy most about being a Cadet Force Adult Volunteer – watching Cadets develop and progressing. I don’t think I could pick one highlight from my time in Cadets, I’ve had so many.

‘I have had so many opportunities with the Cadets that I would have never got to do if I didn’t join all those years ago. I’ve travelled the world, performed at the Edinburgh Tattoo and attended over 38 annual camps which are so much fun. I’ve also used the managerial and leadership skills I’ve gained in the Cadets which helps me in my day job.’

Derek walked through the doors of Maryhill Detachment as an ‘eager’ young boy in 1979 and finally left the ACF as a Cadet Regimental Sergeant Major at 18 years old, keen to continue his enjoyment and development. 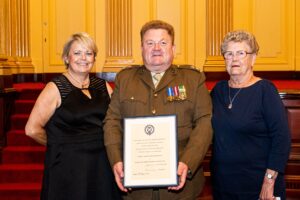 He became a Cadet Force Adult Volunteer and commanded the Yorkhill detachment and then Govan. Derek went on to hold several appointments until taking up his current role as Commandant of the Glasgow and Lanarkshire Battalion where he heads up a team, based at Battalion HQ in Cambuslang.

Among his colleagues in the ACF, Derek is known to work tirelessly on evenings and weekends after finishing his day job as an Accounts manager at Sodexo. All of which is to ensure that the Cadets and Adult Volunteers have the support and direction they require to have an enjoyable and memorable Cadet Experience.

He is also a prolific fund raiser for Poppy Scotland. Every year he liaises with local supermarkets and puts a programme in place for Adult Volunteers and Cadets to raise funds. On average, this amounts to over £50,000 each year, which is raised solely by the Glasgow and Lanarkshire Battalion. 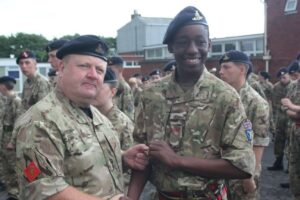 Poppy Scotland commend Derek every year for his efforts. In recognition for his service, Derek has been awarded both the Diamond and Gold Queen’s Jubilee Medals and The Cadet Force Medal with three clasps.

The CFAV was also formally recognised for his outstanding contribution to the Royal British Legion.

Derek was invited to Westminster Abbey on 12 October 2021 to a Special Service of Celebration and Thanksgiving. HM The Queen attended the special service in London to mark 100 years of the Royal British Legion.

Derek has twice received a Lord Lieutenant’s Certificate of Meritorious Service for his contribution to Defence and society, most recently at Glasgow City Chambers on 18 August 2021.