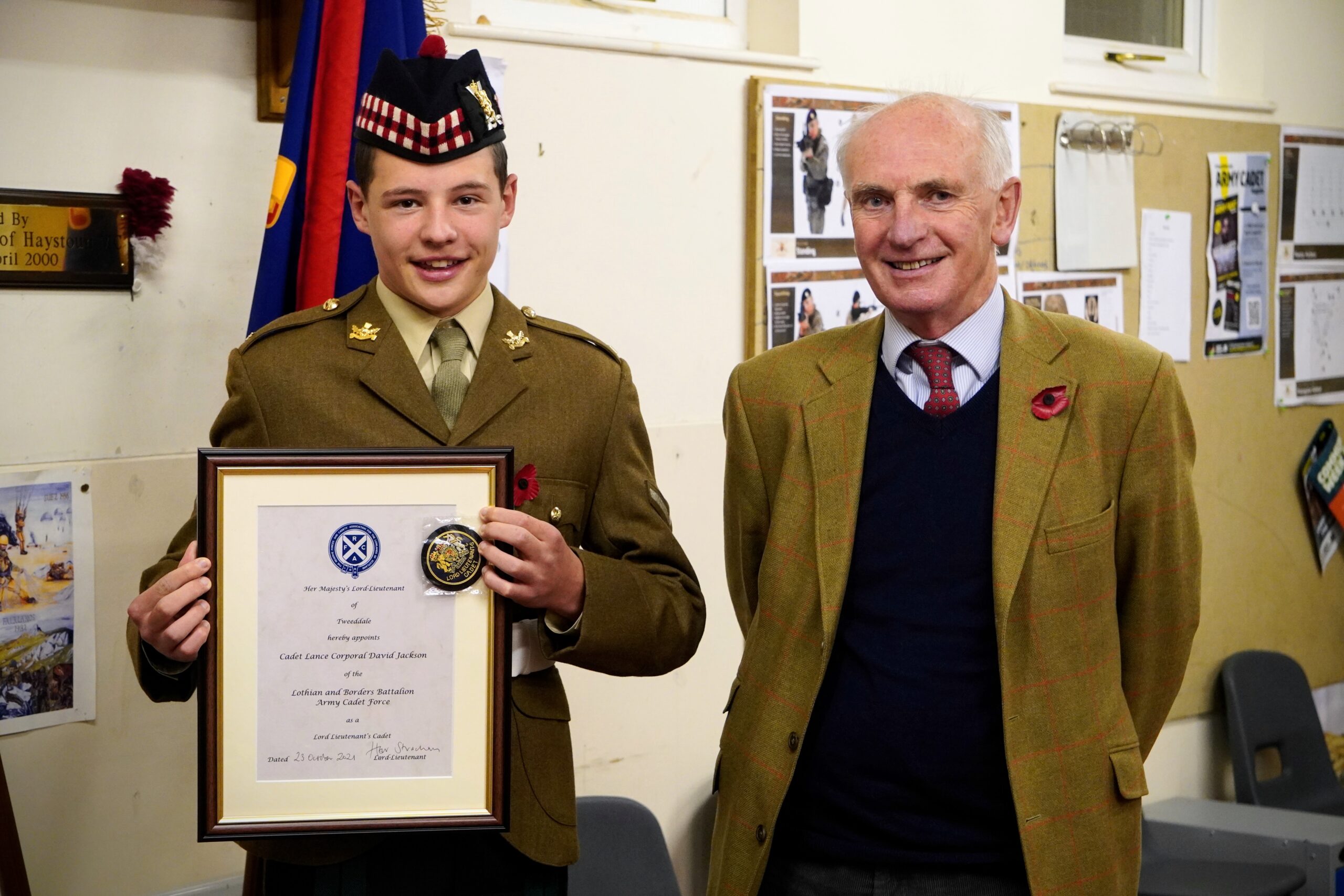 An Army Cadet from the Scottish Borders has been formally appointed the Lord-Lieutenant’s Cadet for Tweeddale.

Lance Corporal David Jackson, of 15 Platoon Peebles detachment, Minden Company, Lothian and Borders Battalion, was presented his certificate and badge by the Lord-Lieutenant of the county, Sir Hew Strachan.

David will assist the Lord-Lieutenant – often on parade for Royal visits or ceremonial events – and act as an ambassador for the Army Cadet Force.

Lowland RFCA  joined Sir Strachan at the Peebles Army Cadet detachment where he presented awards. Among the recipients were Cadet Waklen-Stuart and Cadet Juett who both received the basic training star badge on 10 November 2021.
CSM Lowery also received his Sergeant Major Instructor Warrant for his outstanding service.