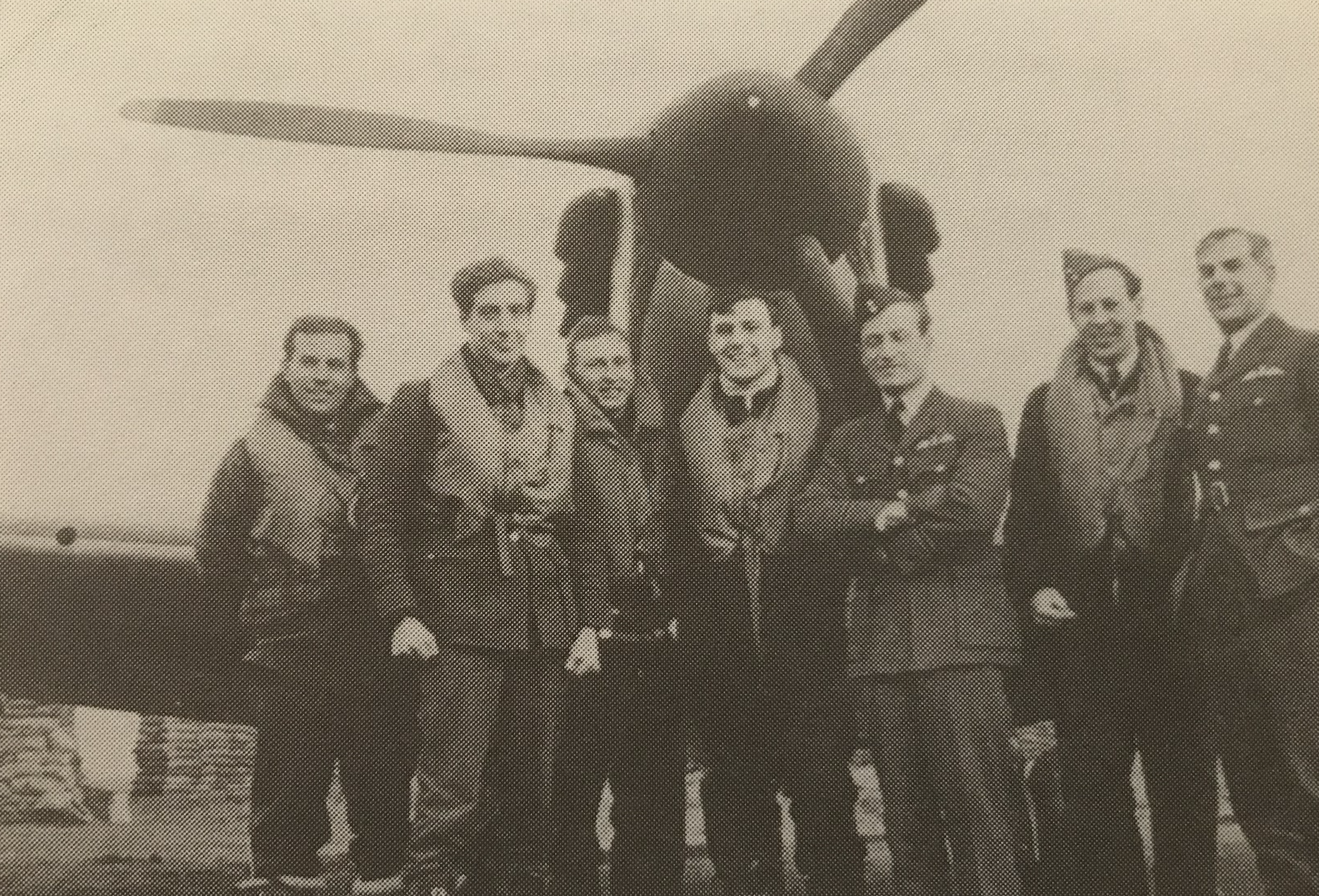 As part of the celebrations to mark VE Day 75 (75 years since Victory in Europe) Lowland RFCA spoke to personnel from Reserve Forces in the Lowlands of Scotland about VE Day and the units’ involvement during World War II.

Why is it important to celebrate VE Day?

“It’s still important to celebrate VE Day primarily to remember the ultimate sacrifice that was made by the Armed Forces and those who lost their lives through the conflict through the actions of war.

“It gives us a chance to say thank you to those who fought to ensure that the tyranny of Hitler was defeated.  Although we have lost many of those who fought in the years since, it’s to let their families, the country and the world know that we have not forgotten and will not forget.”

Did your unit mark VE Day at the time?

“According to the history books, the Squadron marked VE day by remaining on readiness back at its original base of RAF Turnhouse in Edinburgh.  But as the weather was awful with mist and rain, in early evening 603 Squadron was released to celebrate.  It is rumoured that many of the Squadron can’t recall just where they were or what they did on that night.

“Whilst the celebrations rightly continued over the next number of days for many, the Squadron still had a role to play and just as it had started the war looking for German aircraft over the Firth of Forth, this role continued for a number of days later until they intercepted an expected flight of three Junkers 52 carrying senior German officers to offer the surrender of German troops in Norway.”

Tell us about the unit’s involvement during Wold War II.

“From initially forming on 14 October 1925 at RAF Turnhouse as a day bomber unit of the Auxiliary Air Force, 603 Squadron went on to transition to Spitfires in August 1939 and as war approached the Squadron was put on a full-time footing.

“As Scotland was in range of Nazi Germany’s long-range bombers and reconnaissance aircraft, the Luftwaffe’s began operations against the Royal Naval Home Fleet anchored in Scapa Flow. The Squadron was operational with Spitfires in time to intercept the first German air raid on the British Isles on 16 October, when it shot down a Junkers Ju 88 bomber into the Firth of Forth north of Port Seton – the first enemy aircraft to be shot down over Great Britain since 1918. It remained on defensive duties in Scotland until 27 August 1940, when it moved on rotation to Southern England, based with No 11 Group at RAF Hornchurch, where it was operational from 27 August 1940 for the remaining months of the Battle of Britain.

“Two days after the Squadron became operational in southern England, Brian Carbury claimed the first of his 15½ victories, becoming the fifth highest scoring fighter ace of the battle. For this, he was awarded the Distinguished Flying Cross and Bar.

“On initially arriving at RAF Hornchurch, the station commander – Group Captain Bouchier – initially thought little of the Auxiliaries who had arrived to serve with the regular Squadrons.

“However, he soon changed his mind and later stated:

‘No squadron ever went to war with such quiet grace, with so little fuss or with more determination.  603 was not a Squadron of Giants; they were not even a Squadron of personalities; 603 Sqn was composed of a collection of quiet and serious young men: men from the city desks of Edinburgh and the fields of the Lothians’.

“Indeed, he was that impressed by 603 Sqn that he described it as perhaps ‘The Greatest Squadron of them all’.

“At the end of June 1942, No. 603’s ground echelon had moved to Cyprus, where it spent six months as a servicing unit before returning to Egypt. In February 1943, Bristol Beaufighters and crews arrived to begin convoy patrols and escort missions along the North African coast and in August sweeps over German held islands in the Aegean and off Greece began. Attacks on enemy shipping continued until the lack of targets enabled the Squadron to be returned to the UK in December 1944.

“On 10 January 1945, 603 Squadron reassembled at RAF Coltishall and took over the Spitfires of No. 229 Squadron RAF and some of its personnel, the same squadron which had absorbed 603 Squadron in 1942. Fighter-bomber sweeps began in February over the Netherlands, attacking German targets such as the V2 Missile sites.  This continued until April, when the Squadron returned to its home base at Turnhouse for the last days of the war. On 15 August 1945, the Squadron was disbanded.”

How will you be marking VE Day this year?

“The Squadron is currently detached to Barry Buddon Training Camp near Dundee, and on VE Day we will be carrying out a flag raising ceremony. We had planned to get veterans together to celebrate, but due to the Coronavirus situation, those plans had to be shelved.  However, this year it’s the 80th Anniversary of the Battle of Britain and we plan to hold a joint celebration later this year once we can do so safely.”