You are here: Home > Public News > Lowland Reservists to be honoured at Rangers FC Armed Forces Day
◄Back to News 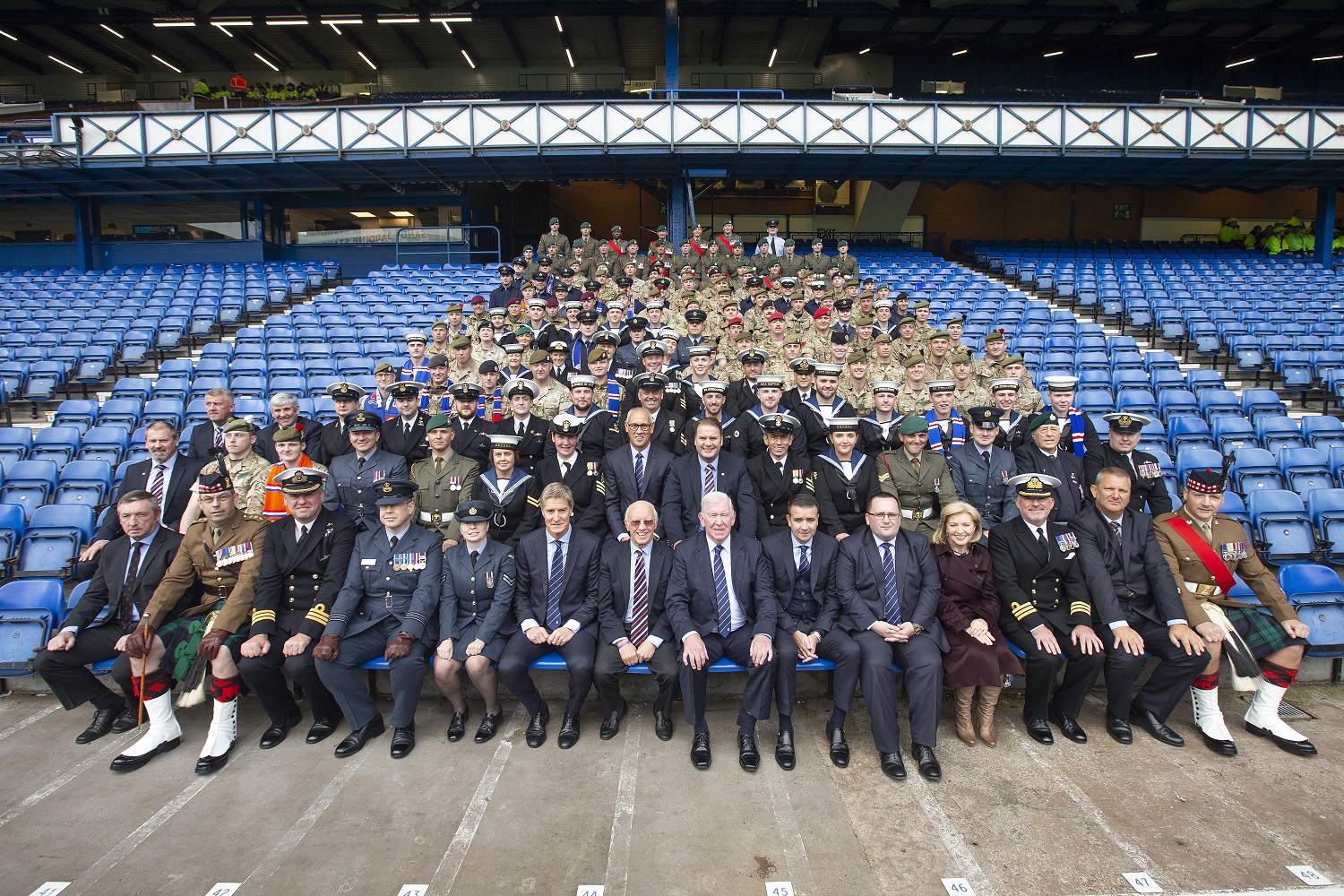 Lowland Reservists of the Royal Navy, Army and RAF will be welcomed by Rangers FC as part of the club’s annual Armed Forces Day celebrations to honour the brave men and women of the military.

More than 250 military representatives will be in the stands to watch the Glasgow side’s match against Livingston on Saturday, 14 September at Ibrox.

Rangers, who recently became the first British football club to receive a top employer award from the Ministry of Defence for their support for the Armed Forces, will welcome reservists from units around the Scottish Lowlands including Govan-based HMS Dalriada, 105 Regiment Royal Artillery and 243 Provost Company 1st Regiment Royal Military Police of Livingston, 154 Royal Logistic Corps and Glasgow and Strathclyde UOTC.

The celebrations will begin outside the stadium, with community engagement activities in the Fan Zone from 12pm, followed by the RAF Central Scotland Pipes and Drums, who will perform in the lead up to kick-off outside the Megastore and in the Fan Zone.

A representative from each branch of the armed services will lead the teams out onto the pitch and personnel from the RAF will abseil into the stadium from the Sandy Jardine Stand, before handing the match ball over to the referee. A lone Piper from the army will also play pitch-side prior to kick-off. 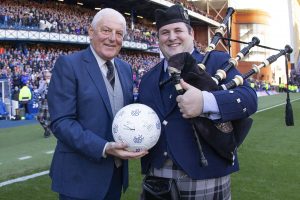 As well as welcoming troops to the stands, the club is also playing host to representatives from each branch of the armed services in the Directors’ Box.

Lieutenant Commander Gary Farmer, Royal Navy, said: “The Armed Forces Day at Ibrox is an event that service personnel always look forward to. The club has always had a strong relationship with the three services and over the last few years we have been impressed with its commitment to the Armed Forces – especially the tireless work the Rangers Charity Foundation does to raise funds for service and veterans charities.

“Indeed, that work was recognised this year with Rangers and the Rangers Charity Foundation becoming the first football club and club charity to win an Employers Recognition Scheme (ERS) Gold Award, due to their advocacy of the benefits of supporting the Armed Forces, Regulars, Reserves and Veterans communities – a tremendous achievement.

“Over 250 servicemen and women, from the Royal Navy, Royal Marines, British Army and Royal Airforce will be in the stands and we fully appreciate the support that we get from the club and the supporters.

We look forward to the event and thank everyone for their continued support.”

Rangers and the Rangers Charity Foundation are among five employers from the south of Scotland who will receive their ERS Gold Award for their immense support for the Armed Forces. 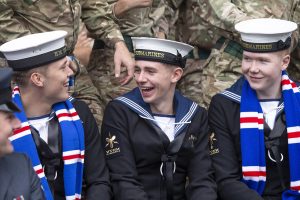 Since signing the Armed Forces Covenant in October 2016 – a commitment to supporting the forces through services, policy and projects – Rangers have regularly welcomed serving regulars and reservists to Ibrox as part of Tickets for Troops initiative and offer serving personnel a 20 per cent discount on home match tickets.

The Foundation has also donated over £180,000 to service charities working with existing and ex-forces personnel.

Fans will be able to support the Foundation’s Armed Forces Fund via a can collection at the turnstiles on Saturday.  This season the fund is aiming to raise £10,000 to be split between four services-related charities – SSAFA, Erskine, Bravehound and the Coming Home Centre in Govan.

Rangers Manager, Steven Gerrard, said: “Last season I experienced my first Armed Forces Day at Ibrox and the atmosphere was fantastic.  The fans really gave the troops a welcome to remember and it was a great occasion.

“On behalf of the club and the players I am delighted to welcome the three branches of the services back to Ibrox this year to celebrate their contribution and sacrifice on our behalf.

“I’m sure the fans will back the Rangers Charity Foundation’s can collection in support of the Armed Forces Fund, which does some incredible work with services-related charities.” 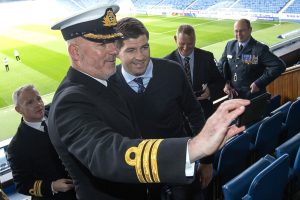 Fiona MacDonald from Bravehound added:  “Bravehound is delighted to be part of this fantastic Armed Forces Day at Ibrox, and to have been selected to benefit from the Rangers Armed Forces Fund, which will make a huge difference to the welfare support we are able to provide for each Bravehound through its lifetime.

“Bravehound dogs are transforming the lives of isolated veterans all over Scotland, and we’re incredibly grateful to everyone at the Rangers Charity Foundation for your support.”