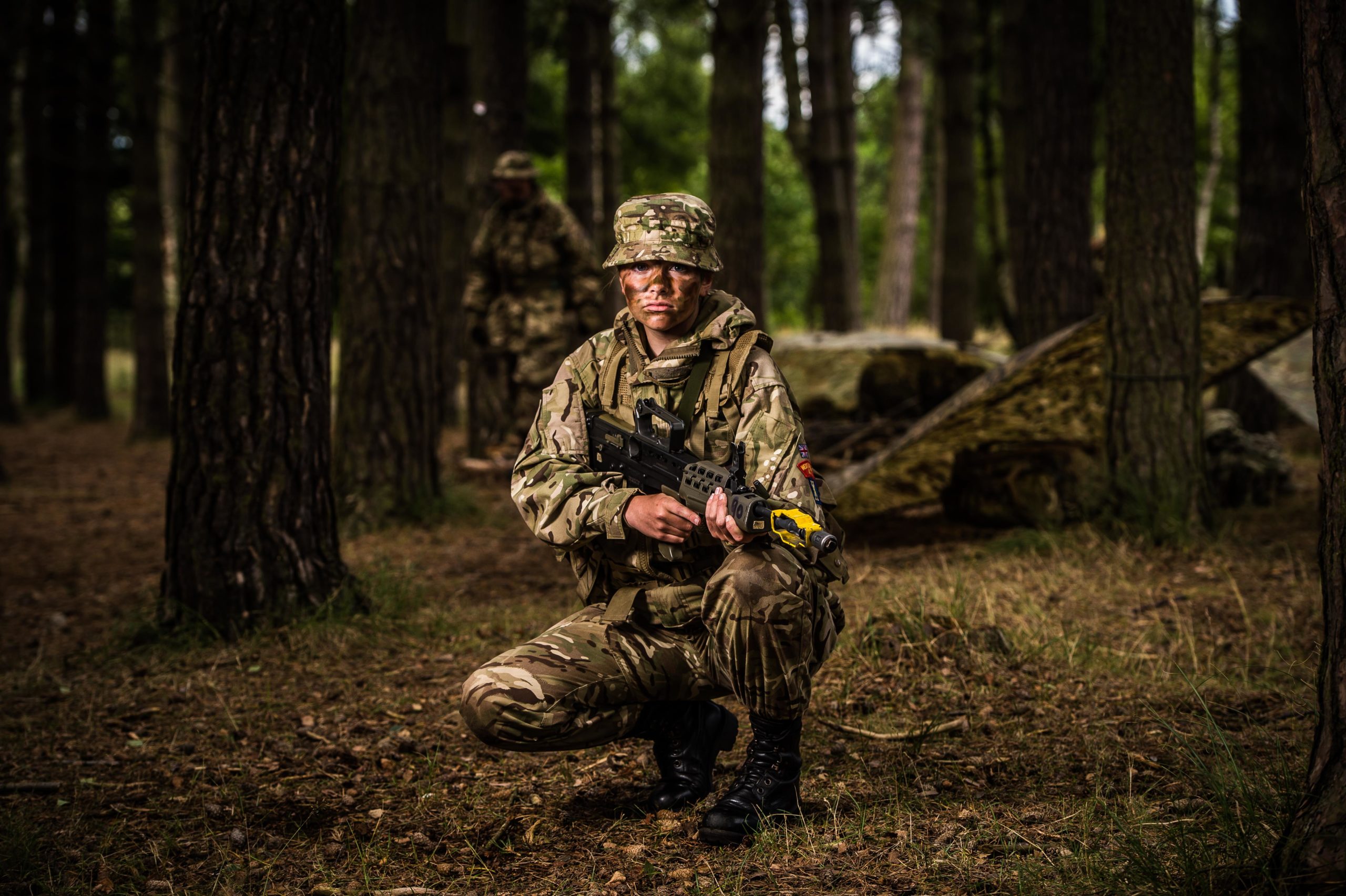 This article first appeared on the SCQF Blog

Equipping young people with the skills, training, experience and employer-recognised qualifications to succeed in the world of work might not be something most people associate with the Army Cadets, but since 2011 that’s exactly what Lowland Reserve Forces and Cadet Association – an agency of the Ministry of Defence tasked with supporting the Armed Forces Reserve and Cadet Organisations in southern Scotland – has been doing.

We have been working with Education Scotland to develop a suite of recognised qualifications which formalises the training young people receive and equips them with qualifications that are recognised and valued by education and employers. Training has been mapped to SQA qualifications at SCQF levels 4, 5 and 6 – the same level of learning as National 4 and 5 and Highers – in subjects such as leadership, teamwork, citizenship, and aviation.

The achievement of credit-rated SQA-recognised qualifications boosts the education and employment prospects for Cadets, the vast majority of which pursue civilian careers. Allied to this, Lowland RFCA has developed the concept of school-based Cadet activity and rolled out eight “Linked Detachments” throughout Scotland which enable young people to benefit from the Cadet Experience within the school syllabus and during the school week, in response to demand from school leaders.

Rhonwen Paterson, an Army Cadet Force Sergeant based in Dumfries and Galloway, is considering a career as a Scottish Ambulance paramedic after university. The S6 pupil at Moffat Academy first heard about the Army Cadets through her school which was setting up a Linked Detachment.

But, due to the programme’s popularity, Rhonwen feared she may not be able to achieve her goal. “I heard about the Linked Detachment and how I could do Army Cadets for a double period on a Friday,” she explained. “But I was gutted when I was told I couldn’t join because the course was over-subscribed but I managed to persuade them to take me on.

I wanted to join the Linked Detachment because it was something completely different to what I had done before and I thought it would challenge me and help me to improve.”

Through the Army Cadets Rhonwen has completed National 4 (SCQF level 4) in Uniformed and Emergency Services over 18 months at school, and a National 5 (SCQF level 5) award in Leadership at annual camp earlier this year.

Rhonwen has also picked up employer-recognised qualifications in First Aid and recently put her training into action when she came across a road traffic accident while on a trip to Malawi.

She said: “I was the only person in the group of adults and young people with the training, skills and confidence to treat a young girl from the local village – who suffered head injuries and a broken leg – until the emergency services arrived.

“I like to help people and doing the National 4 in Uniformed and Emergency Services has inspired me to pursue a career as a paramedic.

“I like the different experiences and environments that you get and the ability to help people in their greatest need.

“The qualifications are recognised by employers which will hopefully help me to gain entry to university to study paramedic science in 2020. I had zero confidence before I joined the Army Cadets but now I am able to stand up and give presentations to hundreds of people and to head teachers’ conferences.”

To find out more about the qualifications young people can achieve as members of the Cadet Organisations click here.