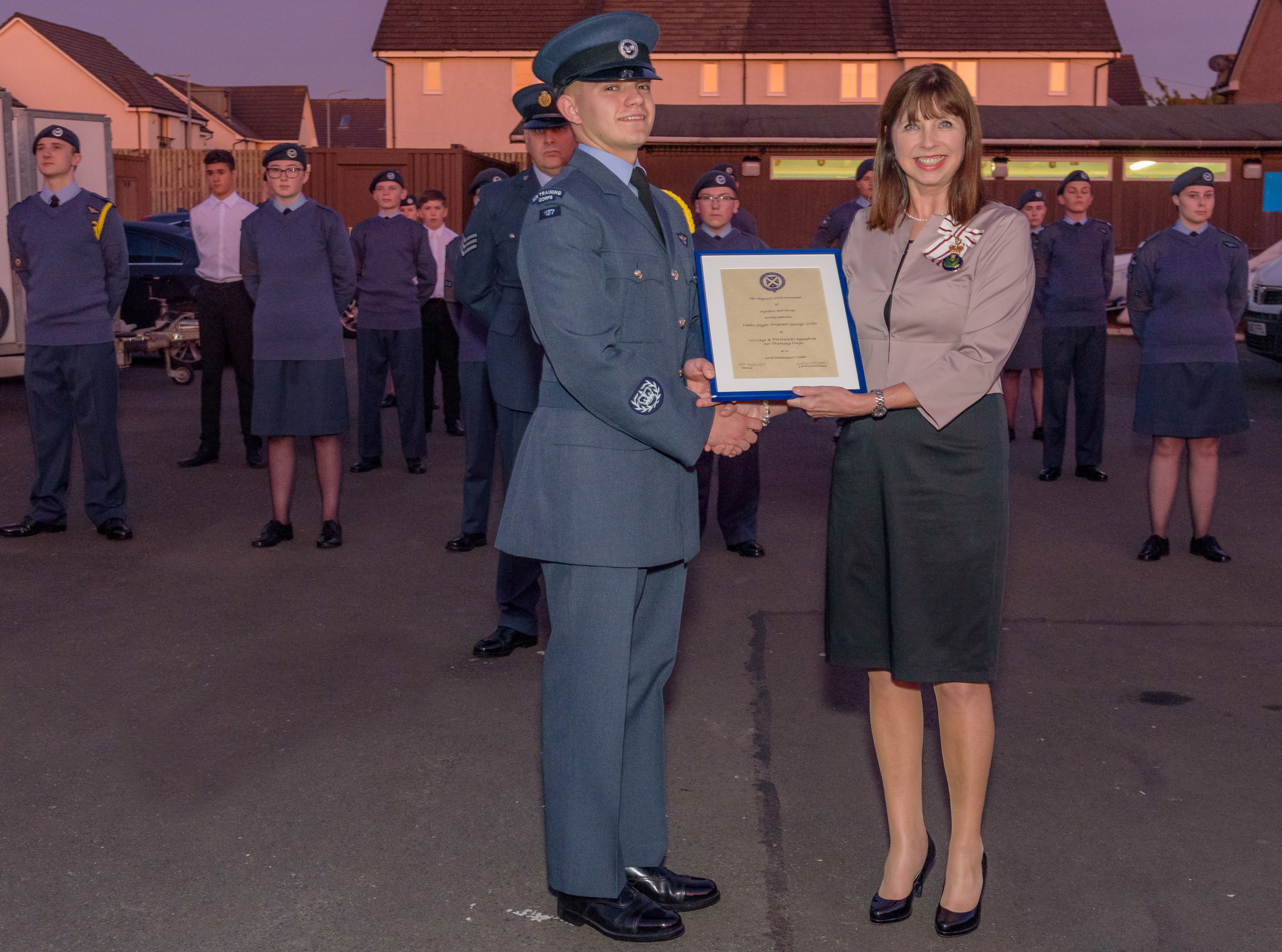 Sheriff McDonald attended 137 (Ayr & Prestwick) Squadron recently to present him with his Certificate of Appointment. On the same evening he was also promoted to Cadet Warrant Officer – the highest rank a young person can achieve in the RAF Air Cadets.

George has been a Cadet for just over five years and has gained employer-recognised qualifications in leadership, first aid, aircraft knowledge as well as his Duke of Edinburgh Award. He has also represented the UK at prestigious events including the International Air Cadet Exchange where he spent two weeks with the Royal Canadian Air Cadets.

George commented: “The RAF Air Cadets has given me so much in terms of both enjoyment and personal development. I would encourage all young people to come along to our Squadron and see the many activities that are open to them”

Flight Lieutenant Stuart Leslie, Officer Commanding Ayr & Prestwick RAF Air Cadets added: “CWO Leslie has worked hard in his time with the Cadets and achieved much. I wish him well in both his new rank and appointment and in the many opportunities open to him in future years”.

Click here to find out more about joining the RAF Air Cadets as a Cadet or an Adult Instructor.