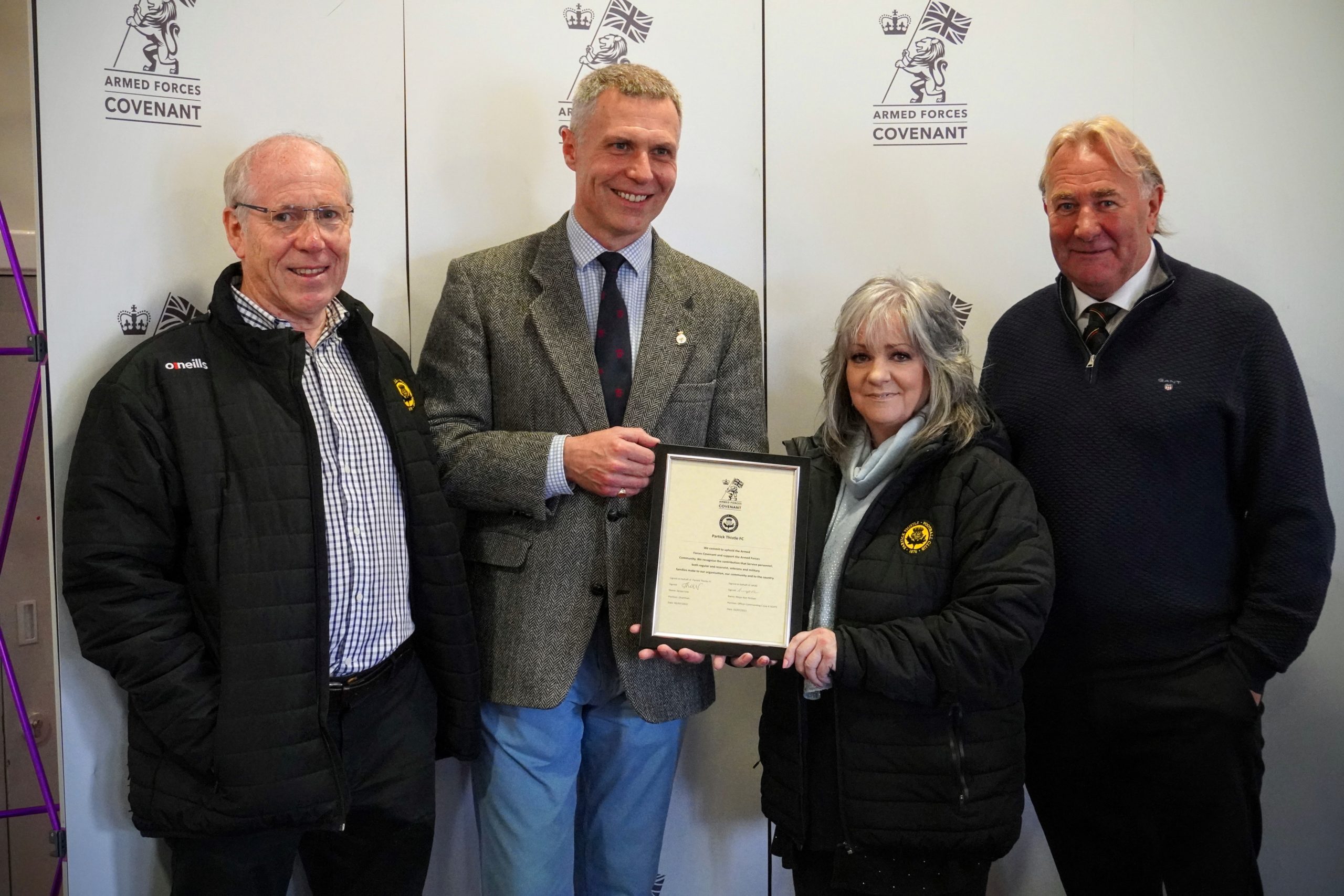 On Saturday 2 July, the football grounds at Petershill Park in Springburn welcomed employers, Army Reservists and representatives from the local community to witness the Armed Forces Covenant signings for both Partick Thistle Football Club and Partick Thistle Charitable Trust.

The day began with a business breakfast at the Petershill grounds, which are maintained by the Partick Thistle Charitable Trust. They are also the base for the Partick Thistle Women’s football team. Kicking the day off with a networking breakfast allowed employers, Reservists and local families to meet and mingle in an informal environment. Following this, the Armed Forces Covenant for Partick Thistle FC was signed by the club’s Chairman, Jacqui Low, and Major Ken Nielsen, Officer Commanding of C Company 6 SCOTS. Randle Wilson, Chair of the Charitable Trust, followed suit with the second Covenant.

‘Having clubs like Partick Thistle supporting the Armed Forces Covenant is really important,’ said Major Nielsen. ‘For Reserve soldiers like myself, having supportive employers means a great deal, and it’s critical to have their support as it better enables us to do the things we do.’

Speaking about what inspired Partick Thistle to join the Armed Forces Covenant network, Jacqui Low said, ‘We’re a very inclusive organisation – football attracts everybody and everybody has a right to be involved so we try to look around our community and make sure that we reflect what’s happening there.

‘Signing the Covenant was important to us in that respect. We have a lot of ex-military personnel in our numbers as fans so we wanted to do our bit and get involved.’ 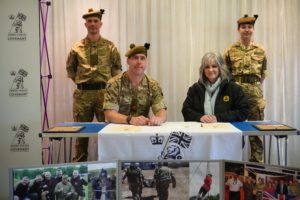 The Armed Forces Covenant signing for both Partick Thistle FC and the Charitable Trust comes after a four-year delay brought about by the COVID-19 pandemic.

Jacqui Low commented: ‘Because of COVID-19, the signing has actually been on our Board papers for three years! Every time we had a Board meeting it was number one on our to-do list, so for me to come here, meet all of these employers, all the military personnel and the people who support veterans and their families, it’s all been a joy and a highlight.’

Following the signing, the attendees enjoyed a family fun day that included five-a-side football for the children and a Reserves match between Army Reserve Cup champions 6 SCOTS and 2 SCOTS, who make frequent use of the grounds at Petershill. A special guest appearance by former Partick Thistle goalkeeper Alan Rough MBE was a unique delight and a great photo opportunity for many fans in attendance. Younger visitors to the event also had the chance to enjoy contributions from Employer Recognition Scheme Award-holding employers. This included a refurbished military tank brought along by Silver Award holder Brodie Engineering, complementary chocolate bars from Tunnock’s and an ice cream van arranged by Gold Award winner Jim McVicar.

‘We really can’t emphasise how beneficial the Partick Thistle Charitable Trust is to the local community,’ said Tracy, who runs a baby food bank in the Springburn area and whose son has been a keen participant in the football club’s summer camps. ‘They don’t just make sure that the kids have fun, they look after a lot of other needs that they might have. They’re just amazing and I hope they keep up the good work.’ 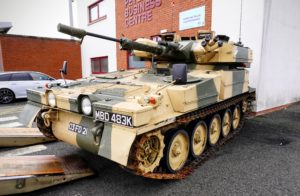