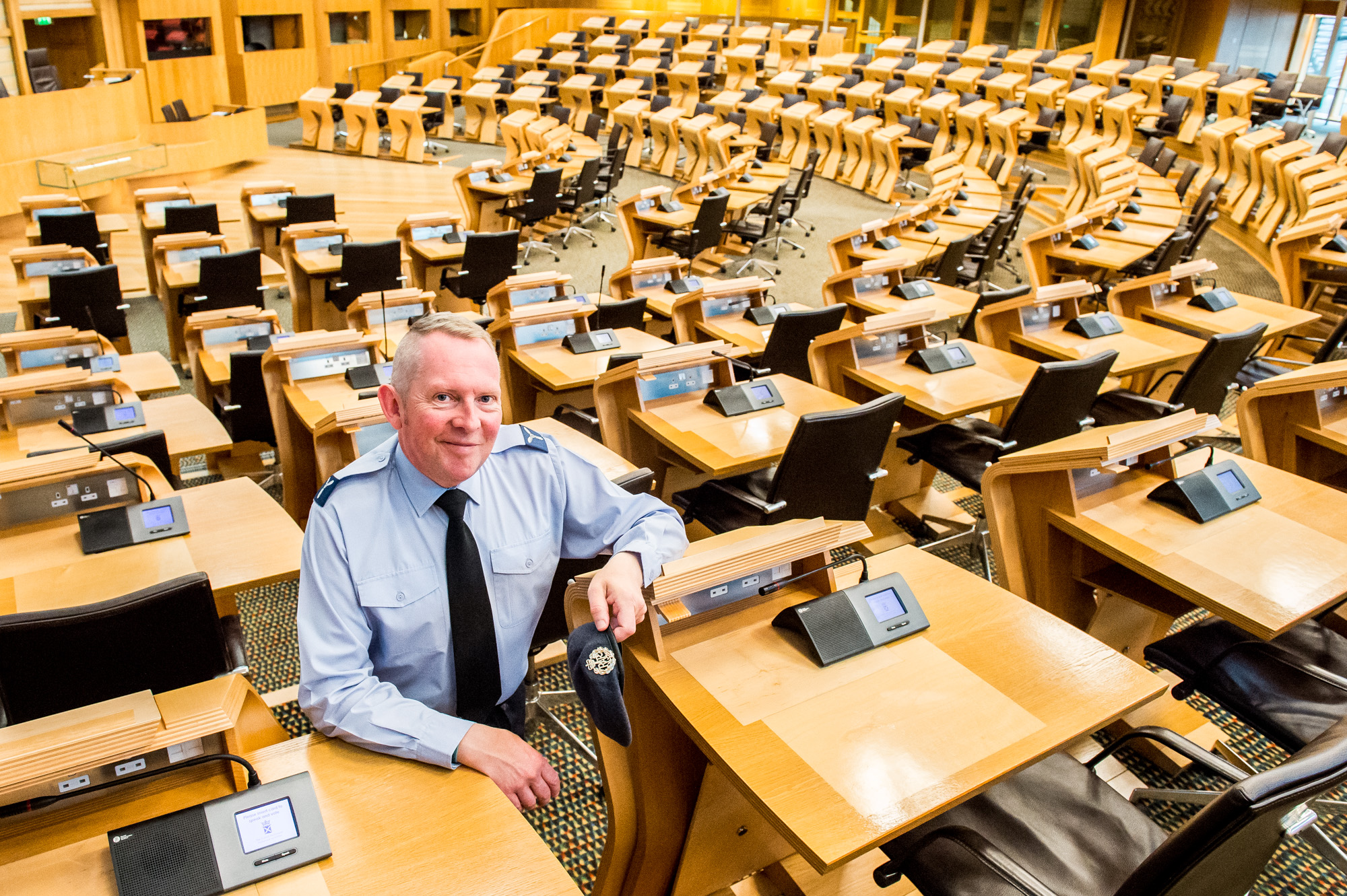 For Senior Aircraftman Mike Parker, working in station operations for the RAF and for an MSP in the Scottish Parliament is a career like no other.

Mike Parker left school and became an apprentice mechanic, eventually moving into sales and management within the motor trade. Having previously considered joining the RAF, by the time he applied rule changes to lower the joining age meant he was too old to serve in light blue.

Ironically, fifteen years later a similar rule change to increase the upper joining age for reservists in 2014 to enable the Armed Forces Reserves to tap the knowledge and experience of a wider talent pool, and a more enlightened employer created the conditions for Mike to fulfil a long-held ambition to serve his country and finally join the RAF Reserves.

“I am a member of 602 (City of Glasgow) Squadron in King’s Park in Glasgow’s southside – I attend at weekends because this fits in with my work and family commitments, and drive through from my home in East Lothian and overnight in the Squadron’s accommodation.

“The Squadron has a real mix of ages, skillsets and experience: there are a couple of guys my age, but lots of younger people too. In Glasgow we have a fully-rigged flight ops training room which is a fantastic facility and the type of facility that the Reserves use to train men and women across the country who don’t have an operational airfield on their doorstep.”

“Phase 1 training is about becoming an enlisted RAF serviceman, while Phase 2 training is learning trade, so I am now a fully-qualified “Air and Space Operations Specialist”.

“I have the opportunity to put training into action, working in Station Operations at Boscome Down in Wiltshire and RAF Waddington and RAF Coningsby in Lincolnshire, for a week to ten days at a time and covering for guys who do the same role full-time.

“Working in a Station Ops Room, I am usually part of a team of ten to twelve people with different jobs to complete to make sure that everything that happens in an operational RAF airfield is coordinated and safe – everything from providing weather updates to updating the flying programme for Typhoon fighter jets and other fixed-wing aircraft, as well as helicopters from both the RAF and the Army Air Corps, for example.”

Working alongside the Regulars, Reservists have to complete the same basic and specialised training as Regulars, albeit in a condensed format. 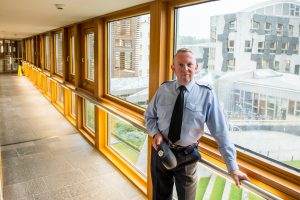 “We all have to complete individual readiness training every two years which is a refresher of all the force protection stuff you learn in basic training that you need to be able to defend the station in the event of an attack by enemy ground forces.

“Balancing work and family commitments is always a challenge for Reservists, but 27 days commitment over the course of the year isn’t too much, and my two sons are now adults which means I don’t have childcare commitments that some younger Reservists might have.

“There’s less and less distinction between the Regulars and Reserves as part of the whole force concept, and however you choose to serve you need a strong support network to enable you to train and mobilise.”

“On the face of it, there’s not a lot of cross-over between my work in the Scottish Parliament as an MSP’s researcher and working in a flight operations room as a Senior Aircraftman with the RAF Reserves. But when you drill down the discipline, teamwork, working under pressure, attention to detail and commitment to getting the job done are as relevant working in station ops as they are working as a parliamentary researcher.

“The Scottish Parliament as an institution is a champion of the Armed Forces community in Scotland and my MSP employer is very supportive of me being a Reservist and having the time to train and to deploy, and of course the RAF works with individual employers to minimise any disruption caused by mobilising a reservist.

“It is important that pupils are educated about the armed forces and are aware of the excellent career opportunities that can set young people up for life. We’ve just had the DDay75 commemorations, VE Day is coming up – all of these events help to maintain a focus on our armed forces and remind us of the importance of an effective military to protect and defend our interests at home and abroad and also to support our allies. 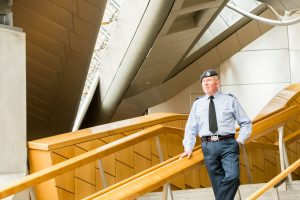 “Initiatives like “wear your uniform to work” are also useful as it helps to generate interest and awareness. People ask me why I am in uniform which gives me the opportunity to talk about my experience in the Reserves and gets people thinking about whether a career in the Reserves is for them.

“I have been confirmed for another five years, and hope to serve for a further five before I age-out. I’m very keen to mobilise and serve abroad, wherever and for however long I’m needed.

“I don’t feel my age and want to continue serving for as long as I can. I only wish I had done it sooner.”

Click here to find out about a career in the Armed Forces Reserves.