You are here: Home > Public News > REME Head To Italy for Adventurous Training
◄Back to News 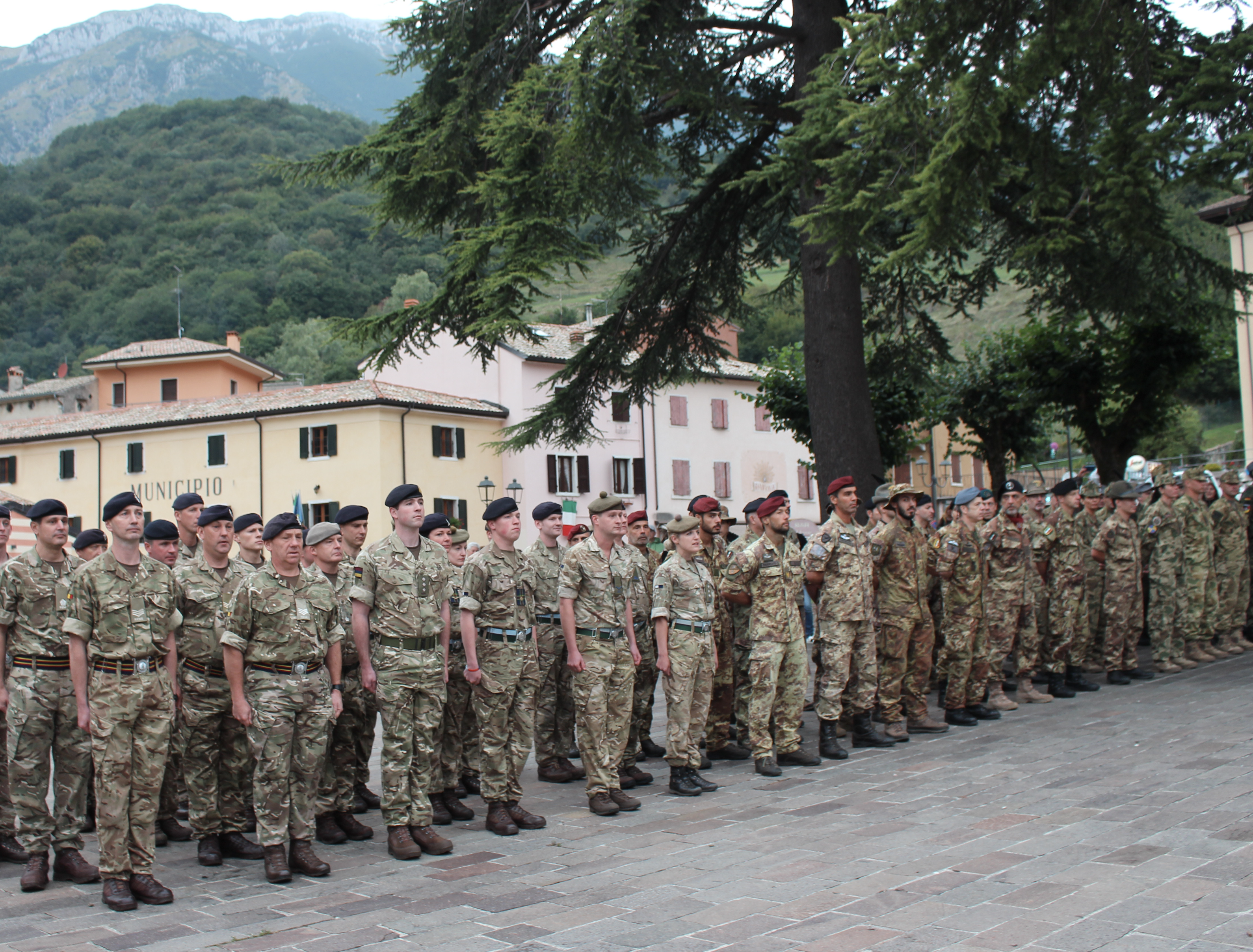 The Armed Forces have a longstanding commitment to promoting adventurous training and sport as a way of developing confidence, team-building, improving fitness and supporting individuals and teams to perform at the highest level.

The Board of Lowland RFCA shares this aspiration and is committed to supporting the Reserve and Cadet units in our area to benefit from adventurous training and sport, expeditions and participation in high level sporting competitions.

Board Grants to units are funded through Regionally Generated Income, money Lowland RFCA are able to generate from the Reserve and Cadet Estate. The cash can then fund adventurous training and non-military activities such as multi-national patrol competitions, skiing, sailing, mountain biking and water sports where individuals can have serious fun, whilst developing skills and attaining qualifications.

One of the units supported with a Lowland RFCA board grant in 2019/20 for adventurous training was 102 Battalion REME (Royal Electrical and Mechanical Engineers).

The funding enabled its sub unit, 153 Recovery Company (Rec Coy) REME, to deploy two four-man teams and venture from its base in East Kilbride, South Lanarkshire, to take part in Exercise Veneto – a multi-national patrol competition based in and around the Dolomites of north eastern Italy.

The competition was organised by a mixture of serving and Reserve Italian Army personnel – involving over 100 participants – where British soldiers grasped the opportunity to partner with NATO allies in a non-operational environment.

Measured through performance on recce and combat patrol drills, the two-day exercise was used as a retention and recruiting tool, testing all soldiers from several NATO nations on navigation, information gathering, incident control and shooting.

As the temperatures dropped at nightfall, the British teams hit the ground running after they were dropped off by truck high in the mountains and set about gathering information on the enemy before grabbing any sleep they could.

At first light, all 22 teams set off at intervals to continue navigating their way around the mountain range to complete more objectives such as checking on a potential hostage situation.

The terrain started out relatively flat but as the trail began to head up high into the mountains, soldiers were faced with a very arduous and exhausting climb where many teams lost their way on route to complete the shooting stands.

153 Rec Coy troops came under fire from the enemy but managed to hold their own before continuing on their route. Nearing the end of the competition and having built up a picture of the enemy, the team took out two key members of the enemy and started the final extraction.

The exercise ended with a 40 foot abseil followed by a speed march through the town centre of Ferrara di Monte. Once all teams had returned to camp, they were invited to attend supper where the teams exchanged stories and gifts and made new friends within the NATO community. 153 Rec Coy received a trophy for finishing as runners-up.

“Ex Veneto was a very testing and arduous navigational exercise organised in conjunction with UKRFA.

“With funds granted from Lowland RFCA we were able to reduce the personal contributions for the Army Reserve personnel.

“The experiences of the Army Reserve Officer and soldiers who attended will have a lasting effect on them individually, and further wide within 153 Recovery Company REME. In fact it has created such an interest within the Company, and also the Battalion, that there is now a very healthy waiting list for Ex Veneto 2020.  This Exercise was an excellent aide to recruitment and retention while building an ethos of teamwork.”