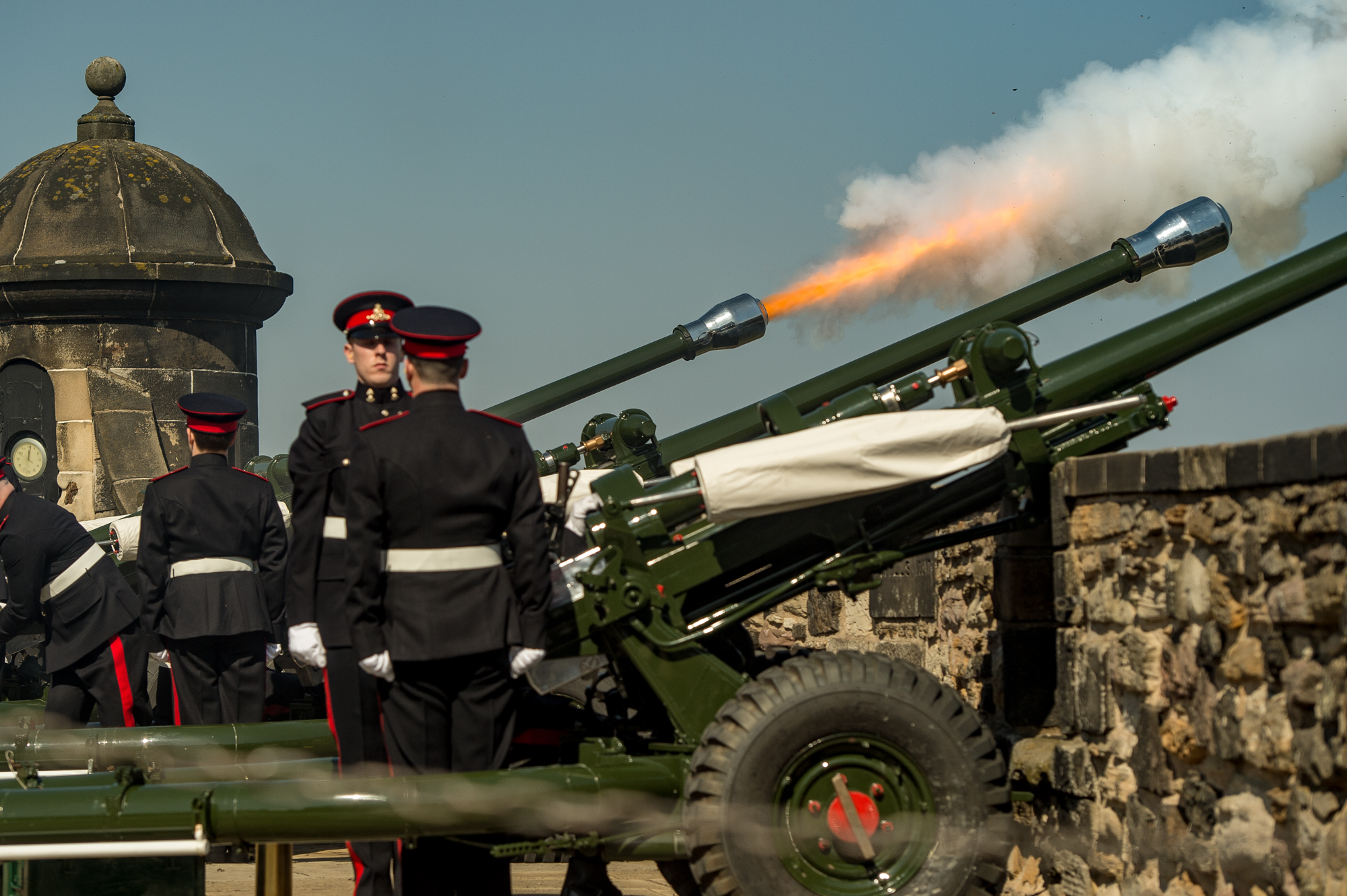 Thousands of people turned out to watch a Royal Gun Salute on the occasion of Her Majesty The Queen’s 93rd birthday, which took place at Edinburgh Castle at midday on Monday 22 April 2019.

The 21 Gun Salute was carried out by Reservists from 278 Battery, 105 Regiment Royal Artillery based in Livingston. Three 105mm light guns were used, with one round fired every ten seconds.

Musical accompaniment was provided by Reservists of the Combined Lowland and Highland Bands of the Royal Regiment of Scotland. 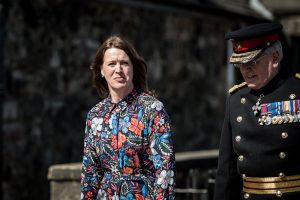 Dr Calderwood also serves as Honorary Colonel of 205 (Scottish) Field Hospital. Chief executives and senior representatives from the National Health Service in Scotland were invited as guests of Lowland RFCA.

Earlier in the day, the guard was mounted by soldiers from 3rd Battalion, Royal Regiment of Scotland (The Black Watch).

You can view all official images from the day via our gallery (all images ©Wullie Marr / Lowland RFCA). 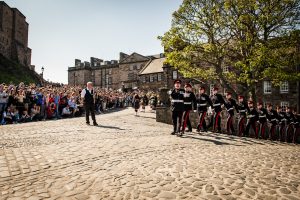