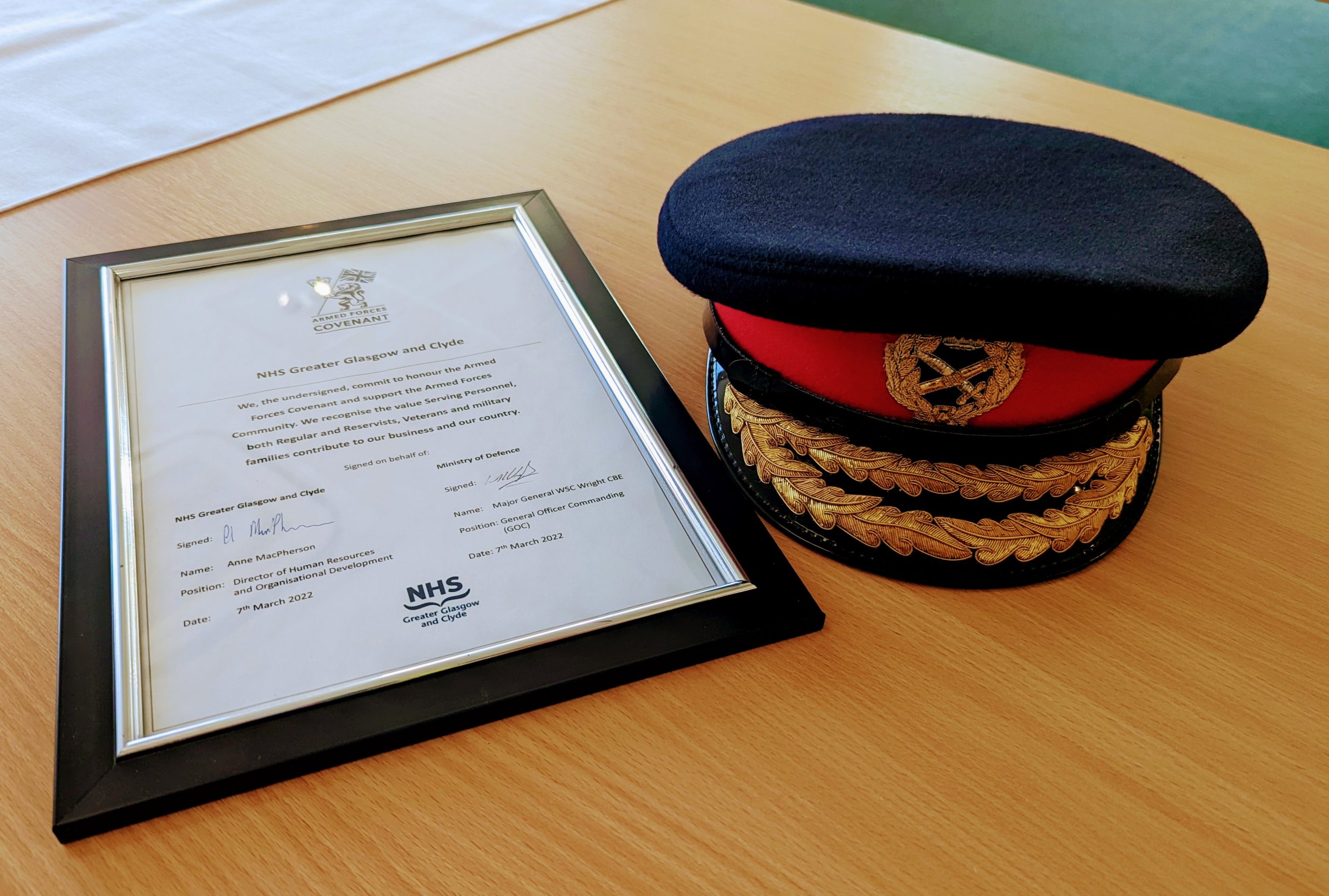 On Monday 7 March, representatives from the Defence and Health sectors gathered at Gartnavel Royal Hospital campus in Glasgow for the signing of NHS Greater Glasgow & Clyde’s Armed Forces Covenant.

With around 38,000 employees, NHS Greater Glasgow & Clyde is not only the largest employer in Scotland, but also the largest Health Board in the United Kingdom. Furthermore, the Gartnavel Royal Hospital, where the signing took place, is one of the country’s most modern and innovative mental health facilities.

The Armed Forces Covenant signatories were Military Secretary Major General Bill Wright CBE, who also holds the post of General Officer Scotland, and Anne Macpherson, Director of Human Resources and Organisational Development for NHS Greater Glasgow & Clyde. As the holder of various other titles which include Army Gender Advocate and Army Families’ Champion, Major General Wright considers the well-being of those under his command to be a top priority; it was only natural, therefore, that the General Officer Scotland should oversee the signing of a Covenant that ensures members of the Armed Forces community can access both fair employment opportunities and healthcare services.

Further reflecting the close working relationship between the NHS and Defence community, attendees at the Covenant signing included three of the Health Board’s forty Reservist employees.

The Health Board said: ‘NHSGGC greatly values the contribution of the Reserve Forces, not only in serving our country, but also because of their commitment to the NHS in Scotland.

‘We are aware of over forty staff working in NHSGGC who are Reservists, and as we start to move away from the COVID-19 pandemic, we intend to reaffirm our commitment to them and the wider Armed Forces community.’ 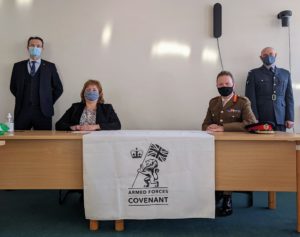