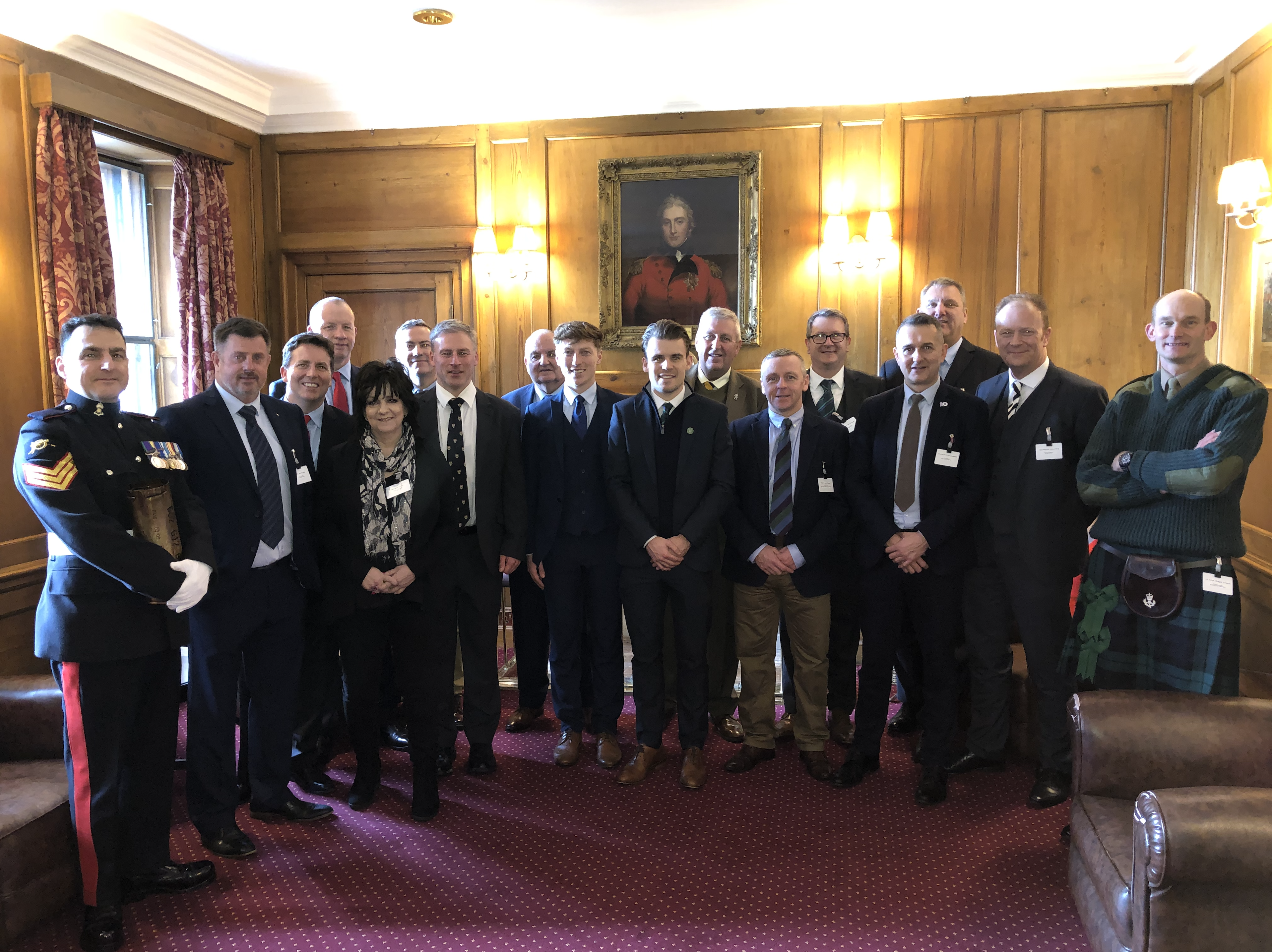 Representatives from eight teams which play in the Scottish Professional Football League and Lowland Football League gathered to share best practice and experiences of working with the Forces community through sport.

Employee Recognition Scheme Gold award winners Rangers FC and Rangers Charity Foundation – the first UK club and related charity to be honoured with the accolade – were joined in the Officers’ Mess at Edinburgh Castle, 21 February 2020 by representatives of the following:

Lt Col Hugo Clark, the Commander of Edinburgh Garrison, thanked the teams for signing the Armed Forces Covenant and embarking on the Employee Recognition Scheme journey on behalf of the Ministry of Defence during the lunch which proceeded the One O’clock Gun at the castle.