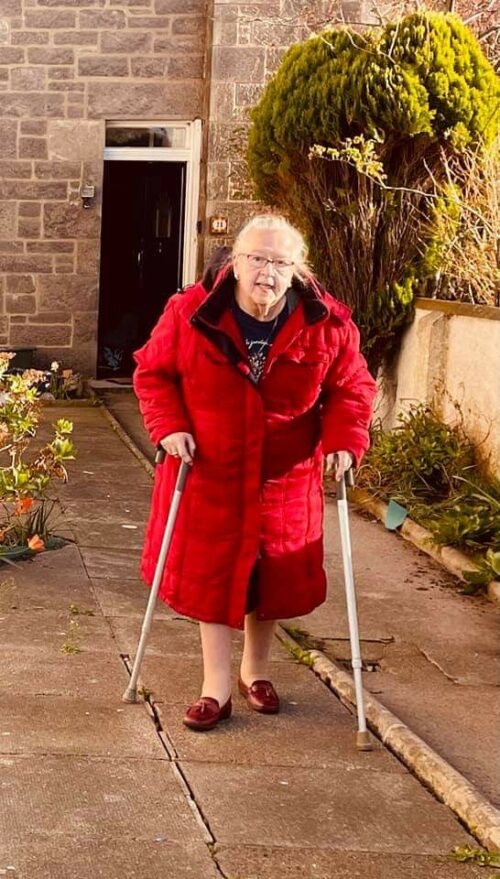 Musselburgh Sea Cadets have been inspired by the unit president who joined their virtual walk fundraiser after undergoing heart surgery.

Jane Fairnie, 75, took part in the Cadets’ sponsored journey which took participants from their base in East Lothian to the organisation’s headquarters in London and back home.

Despite undergoing a heart-bypass, a valve replacement and a long stint in hospital last February, she has clocked up nearly 5,000 steps, around 400 daily, in the garden at her home with the aid of a walking stick. 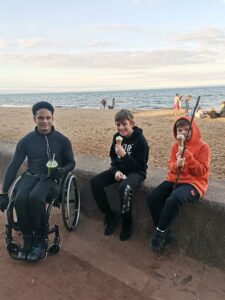 Mrs Fairnie, who presides over the unit’s management committee, has raised over £150 of the total £1,822 collected so far which will go towards Cadet training and a new canoe trailer.

“Mrs Fairnie also took part and had open heart surgery and is not the best on her feet. That makes her contribution all the more remarkable. She did laps round her garden and she’s close to the 5,000 step-mark now.”

16 Cadets, their families and Cadet Force Adult Volunteers logged their steps or kilometres, completed daily during March, via an online tracker which calculated the distance walked for each day. 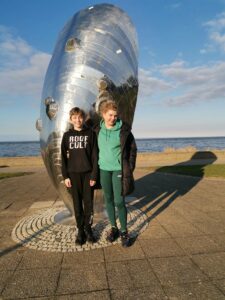 The group had initially aimed to walk 600km but reached their target early and went on to double the distance.

CO Chris Gay continued: “The volunteers put this together just to get the Cadets out of the house, keep the Cadets active and to do a bit of fundraising at the same time.

“The fundraising was to help us recover from the Covid pandemic and will go towards a new canoe trailer which will help us transport the kayaks.

“Last year we didn’t have any opportunities to fundraise. There was no way of us bag packing or street collecting. We normally do a collection at the Edinburgh marathon which we couldn’t do either. 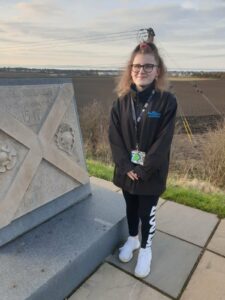 “Originally we aimed to walk 600km, which was the equivalent to walking to London, but we surpassed that in the first three days so we decided to double it and walk back.

“One of the parents has even taken on his own challenge and cycled the full 600km which he has now completed. The money is all going in the same pot but he is still collecting. We are at over £1800 and it’s continuing to  rise.”