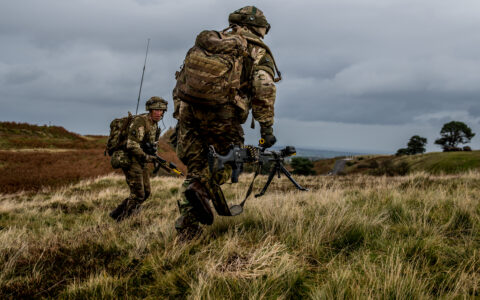 The Army Reserve (previously known as the Territorial Army), is an integral part of the Armed Forces, and in times of war and national emergency the UK depends on Reserve soldiers to support the Regular army. Army Reserve units are made up of trained soldiers who may be asked to join up with regular units to boost their manpower, or alternatively they can be deployed as a fully formed Army Reserve unit.

To join the Army Reserve, you should be physically fit, aged between 17 and 31 (but older if you have had previous Army experience, depending on the circumstances), and able to spare one evening a week, one weekend each month and two weeks a year to train. As an army reservist you can:

As all trained members of the Army Reserve are liable to be deployed on service, you may serve as an integral part of a military force anywhere in the world – most recently Army Reservists personnel have served in Afghanistan and Iraq. Reservists train in their own time and remain civilians, but in a state of national emergency or war they could be called up to become a full-time soldier.

Army Reserve in the Lowlands of Scotland

The Army Reserve is the largest of the Reserve Forces and the lowlands of Scotland is home to a wide range of Army Reserve units, each seeking individuals with different skills and experience.

Many Reservists join and train their local unit, while some units are looking for professionals already working within the same sector. So wherever you live, and whatever you do, fitting the Army Reserve into your life is easier than you think: