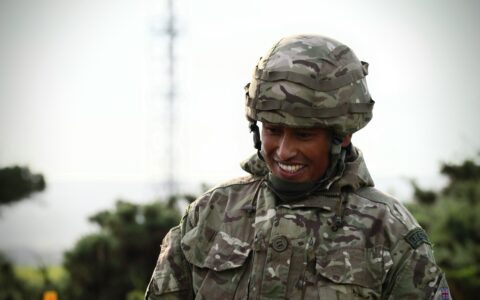 RAF Reserves serve alongside Regulars in the UK and overseas. They get the best of both worlds by balancing their own careers and home life, with the challenge and adventure of the RAF.

As a Reserve you’ll use your spare-time to develop transferable skills, increase your self-confidence, meet people from a wide range of backgrounds and enjoy adventurous training opportunities. Roles are available from 18 right up to 54 years and six months of age.

Reserves commit a minimum of 27 days per year on a renewable 12 year basis. Each year includes a two week (15 days) block for general RAF training, and at least 12 weekend or holiday days for additional training, trade training, or training exercises.

While you may get the opportunity to train overseas as part of your annual 15-day training block, most of your time will be spent training with UK-based RAF units.. Each one of these has its own role, from front-line operations to training establishments.

The Lowlands of Scotland are home to:

Although some serving RAF Police Reservists have previous police experience (civilian or military) this is not a prerequisite and the unit welcomes applications from all (male or female).

603 Sqn also consists of RAF Regiment Gunners – airmen trained in infantry skills. Gunners are required to master a range of skills, including infantry tactics, covert observation, target acquisition and close combat. Gunners also become expert at handling a wide range of infantry weapons. The RAF Regiment needs to operate 24 hours a day, in any weather, so our Gunners need to be robust and fit.

Becoming an RAF Reservist is physically and mentally demanding and can take place anywhere in the world. Gunners need to be robust, fit, active and prepared to endure difficult and demanding situations.

Find out more about RAF Reserves and how to get involved.