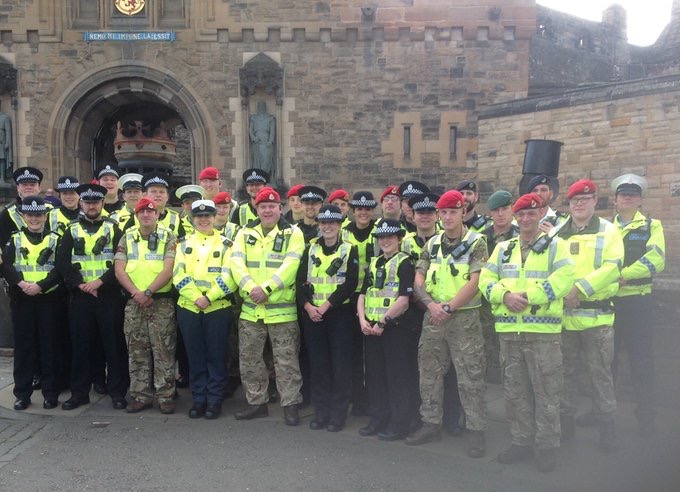 243 Provost Company Royal Military Police’s annual commitment to security at the Royal Edinburgh Military Tattoo continued in August 2017, where months of strategic and logistical planning for the Company and the event are finally put into place within the magnificent grounds of Edinburgh Castle. 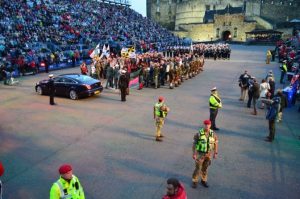 Policing this prestigious event involves the Service Police conducting a myriad of duties which include multi-agency radio communication, cordons for VIP visitors, traffic control and directly encountering more than 250,000 members of the public throughout the event and over 2,000 performers  from around the world every night.

This year several members of the Royal Family were in attendance including HRH Prince Charles, HRH Prince William, HRH The Princess Royal, Prince Albert II of Monaco and a high number of senior political and diplomatic figures.

The Royal Edinburgh Military Tattoo also serves to continue the long standing relationship and further cement the strong bond that 243 Provost Company shares with Police Scotland and in additional to the policing and security duties within the castle grounds, joint patrols with Service and Civilian Police are a common sight in in the streets around Edinburgh Castle during the Tattoo which continues to give an excellent opportunity to utilise and enhance our individual communication and policing skills as was demonstrated by the swift and professional response to incidents.

As the event drew to an end, 243 Provost Company and its supporting elements were commended for their commitment to safety and security by the Tattoo Company, Police Scotland and countless members of the public. 243 Provost Company expects to resume its duties at the Royal Edinburgh Military Tattoo 20148 and in the meantime the Company will return to normal duties and Reservists can look forward to deploying on active duty for training.