You are here: Home > Public News > Achieving and Inspiring with the Air Cadets: Kieran Harkness
◄Back to News

Achieving and Inspiring with the Air Cadets: Kieran Harkness 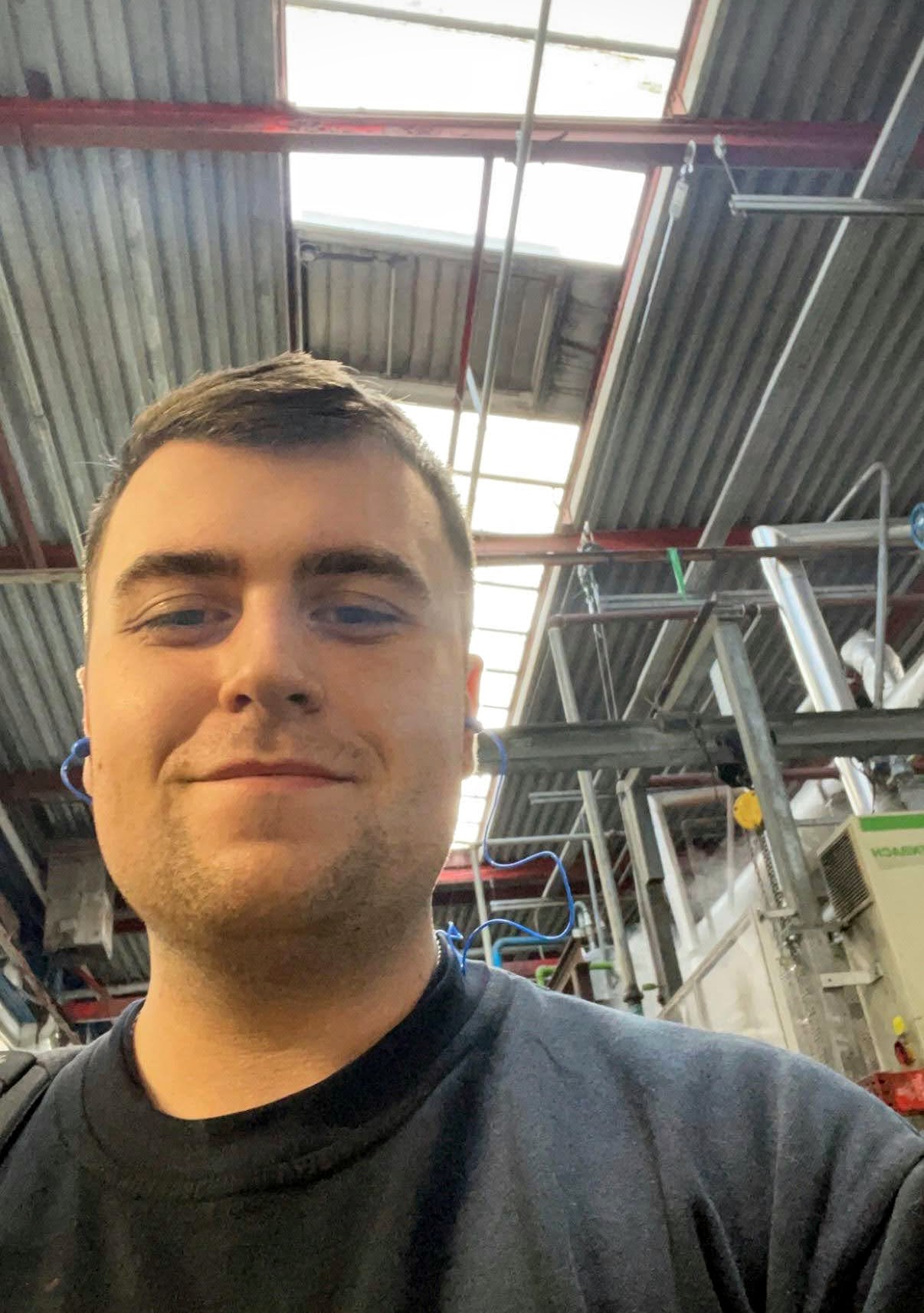 Kieran Harkness, a third-year engineering apprentice from Livingston, is flourishing both at work and in his personal life. In his opinion, he owes that to his Air Cadet experience, both past and present. Last week (7-13th February) was National Apprenticeship Week, so we caught up with Kieran to discuss why he loves what he’s doing, and to talk about the impact the Cadet organisation has made on his life.

Tell us about the apprenticeship you are currently doing?

I am currently working for Engineered Foam Products (formerly known as D S Smith Plastics) as an apprentice. The company specialises in making polystyrene packaging and construction materials. I want to be an engineer, so this apprenticeship is perfect because I get lots of hands-on experience and constant mentoring from my colleagues.

What do you love about your apprenticeship?

From my earliest days of playing with Lego, I’ve always loved building things and fabrication. My apprenticeship is great because my employer gives me projects where I get to do exactly that. For example, I might be given a design on a piece of paper; I then get the time and the materials to make the design come to life. It’s really satisfying, and I go home with a smile on my face. I would thoroughly recommend an apprenticeship as you get to learn, and get paid at the same time.

How did you get the apprenticeship?

When I was 18 I was working as a kitchen porter, and I was a little lost as to what to do next. However, one of the Cadet Staff members told me that his company was going to be looking for an engineering apprentice. I jumped at the opportunity, went for an interview, and got the job.

Did your Cadet experience make an impact on you wanting to get into engineering?

Absolutely. When I joined the Cadets (2535 Livingston Squadron ATC) I didn’t really know what I wanted to do. However, I got an offer to go on a week-long STEM (Science, Technology, Engineering, and Mathematics) course at RAF Lossiemouth, where we would learn about what role STEM plays in the Royal Air Force. That really piqued my interest, and led me to taking up light vehicle mechanics at school. The more I got involved with Cadets, the more STEM I did, as we were given so many cool and practical opportunities. 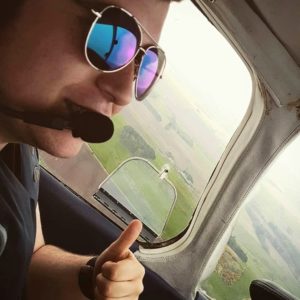 Did being a Cadet help you land the job?

Yes, but in a few different ways. Firstly, Cadets gave me a network. So practically speaking, it was a Cadet contact that alerted me to the job and my Commanding Officer who wrote one of my references. Secondly, Cadets gave me a real interest in engineering and STEM in general. Thirdly, Cadets allowed me to gain qualifications like the Duke of Edinburgh Award, which made me stand out as a candidate. I was also able to talk about my amazing Cadet experience at the interview, which gave me an edge. Fourthly, being a Cadet gave me real-life skills which have prepared me for the world of work.

How did being a Cadet help you with your apprenticeship?

As a Cadet you go to events, you are given tasks, you’re both a team player and a role model. All of this means you learn organisational skills, how to complete paperwork, time-keeping, planning, and flexibility. This has been tremendously helpful for me as it helps me to be a good employee. Say we were under pressure at work, and then a machine failed – I would be able to deal with that stressful situation as I learnt to be adaptable and quick-thinking as a Cadet. I thought being a Cadet was just about rolling about in the mud, marksmanship, and drill. We do all those things, and we have a lot of fun, but it’s so much more. I never would have guessed that going to the hut on a Monday and Thursday has ended up helping me build a career in something that I really like to do.

You’re now a volunteer with your former Air Cadet Squadron. Why did you decide to go back?

The Cadets gave me skills, happy memories and helped me transition from being a child to an adult. How could I not want to give back? Lots of young people don’t make the most of their time, wasting it on an Xbox or getting into trouble. The Cadet organisation gives them so much more, and I want to be involved in showing the young people that they have lots of potential. I’m always telling them that if they take every opportunity, and that if they put the work in, they can begin to build their future now and then later, they can enjoy the fruits of their labour. I love being a volunteer, I love doing my apprenticeship, and I’m just really enjoying living an honest life. 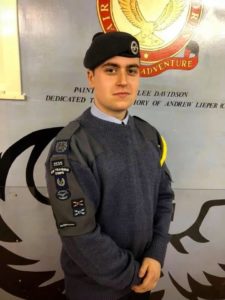