You are here: Home > Public News > AFW 2021 – Soldier Secures Full-time Employment As He Prepares To Leave The Army After 24 Years
◄Back to News 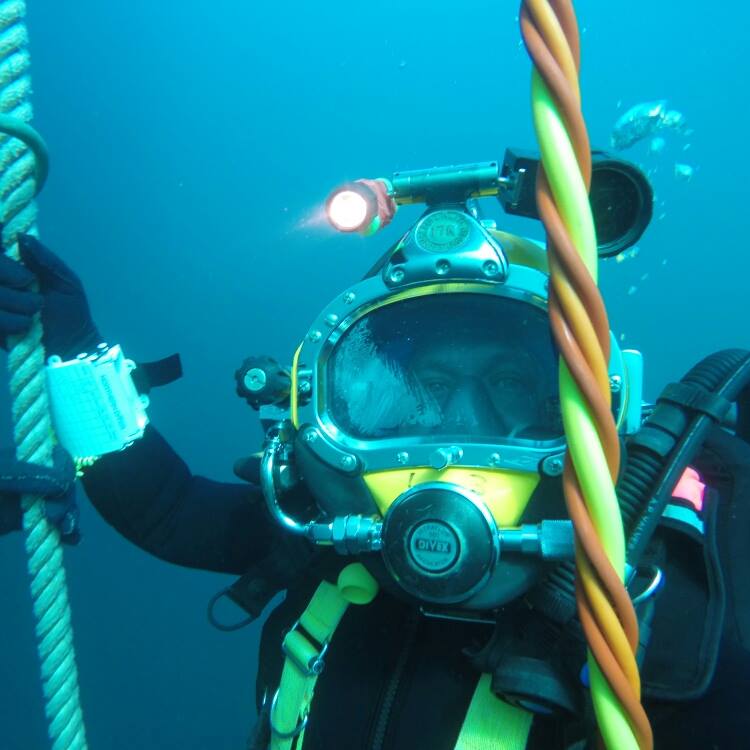 A British Army Soldier set to leave the Armed Forces will bring vital leadership and organisational skills to his new job in construction, according to his new employer.

Damian Zamboni has spent 24 years in the military as a bomb disposal expert and Royal Engineer Officer and was “daunted” with the thought of what life could be like for an ex-serviceman.

Damian said: ‘When you spend 24 years in the military you do feel institutionalised, so doing anything else is a daunting prospect.

‘But through a mutual friend and Reservists at 71 Engineer Regiment I was put in contact with  Stephen. We spoke and then we went to see what Sked Construction was about and I loved it.  Within 15 minutes I knew I would feel comfortable working there.

‘When you actually see an employer sign the Covenant, who has no reason other than to do a good deed, they’re doing the right things, taking positive and forward steps, making you feel supported and that your skills are recognised and are willing to work with you to get the most out of you and integrate you into the real world, it’s a weight off the shoulders that you can’t describe.’

He is due to leave the Army in the next few weeks and is thankful for the support he received as he looks forward to starting his new role as Operations Manager at Sked Construction, based in Motherwell, North Lanarkshire. 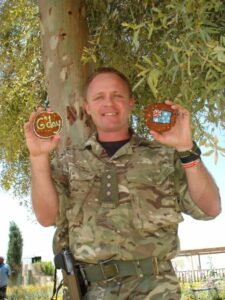 His employer Stephen met a Regional Employer Engagement Director at Lowland RFCA during an event at Edinburgh Castle in 2019 when he first heard of the Armed Forces Covenant and how he could partner with Defence.

He explained: ‘I bought into the whole ethos of how Lowland RFCA were progressing things for people coming out of the Armed Forces and I just thought signing the Armed Forces Covenant was the right thing to do. Since then I have encouraged others to sign the Covenant and I know many more who are looking to sign it.’

Damian added: ‘From a technical perspective you shouldn’t come in to a new job to know everything. You need to have an open mind and to learn and absorb new information. But what we do have in abundance is those organisational, leadership and management skills.

‘I will be organising projects and working with a team, under pressure and in unforeseen circumstances – maintaining a calm and rational approach to situations in the civilian world.’

Stephen and Damian were speaking ahead of Armed Forces Week, starting June 21, and reiterated the gravity of celebrating such an occasion each year.

Damian said: ‘The importance of marking Armed Forces Week is two-fold. On one hand it’s about the recognition of what’s been done by the Armed Forces for the country, not just the current generation, but the previous generation because the Forces could not do their part without being supported by the country.

‘Armed Forces Week is important because it brings the profile of the week up and everyone recognises what was sacrificed. It reminds everyone of the importance of looking after the guys and girls when they come back and also when they leave the military.’

Stephen added: ‘My family were heavily involved in the Armed Forces so we’ve always had a close affiliation with the Forces and realised how much they have done and the sacrifices everybody has made so I think it’s only right we have an Armed Forces Day.’