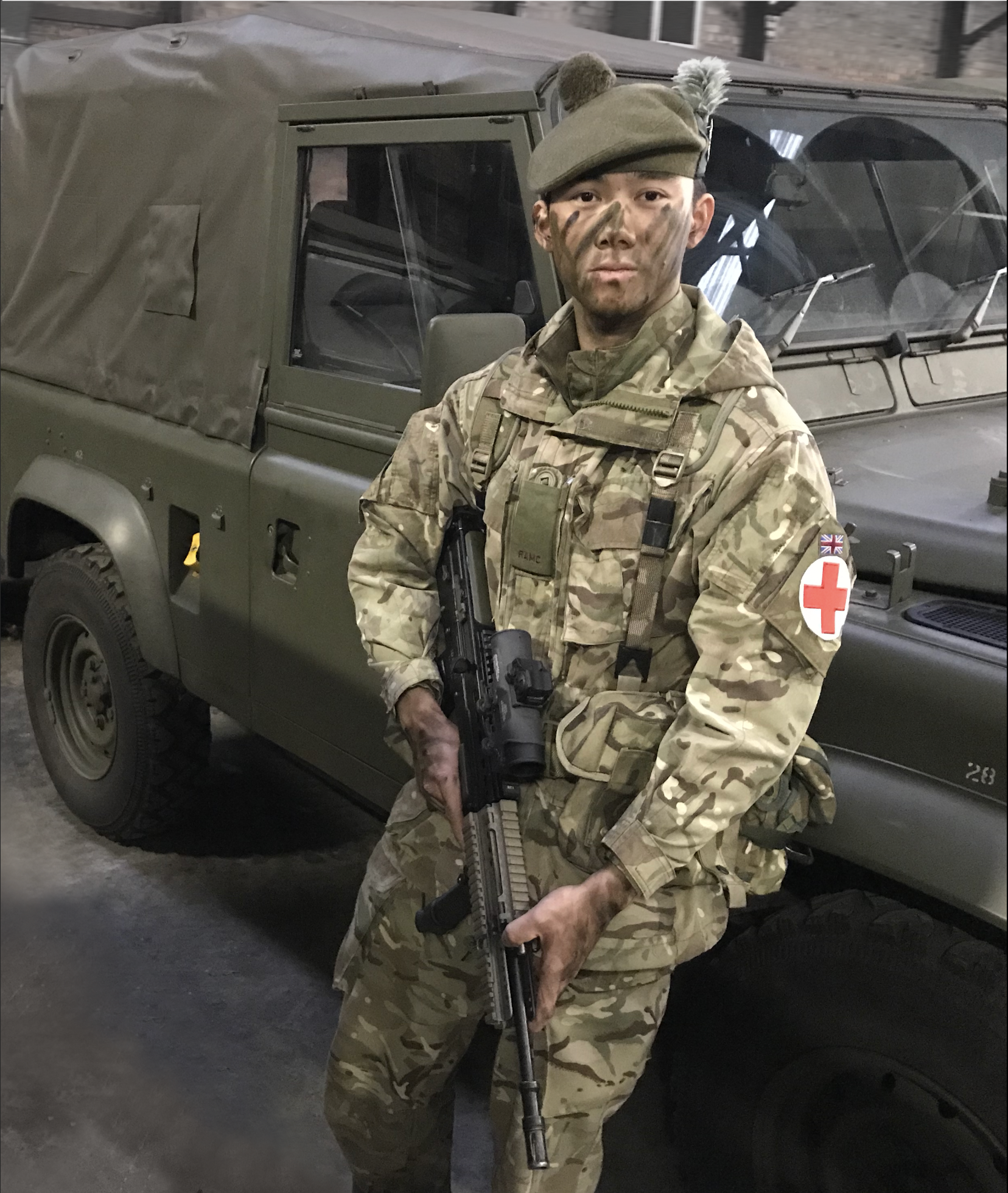 For Private Wijnand Ng, splitting his time as a full time medical student and a Combat Medical Technician with the Army Reserves is the best of both worlds.

Aberdeen-born Wijnand moved to Henley-on-Thames in Oxfordshire when he was 14 and was introduced to the armed forces when he joined the Sea Cadets. “I was at the May Day fayre in Henley and I had a chat with the guys from the TS Guardian Sea Cadets, who were manning a stall at the gala which was literally across the river from the detachment hut. Having never thought about becoming a Cadet, Wijnand turned up at drill night the following week.

Wijnand enjoyed the cadet experience so much that he also joined the Army Cadets and the Royal Marines Cadets.

Unsurprisingly then, after completing his A Levels and a gap year travelling around his parents’ native Hong Kong and China, he considered joining the Army. “My mum wanted me to go to uni first. So I enrolled on a Biomedical Science undergraduate degree at UWE Bristol. To be honest I was pretty average at school but I’ve always been interested in biology and the course gave me options”.

Three years later he graduated with a First class (Honours) degree, had his dissertation published in a medical journal and planned to go on to complete a PhD or study medicine.

“Mum’s advice was to work at the lowest level in the area you want to work, and if you enjoy it at the bottom you’ll enjoy it further up”.

So Wijnand took the unusual step of became a Nursing Assistant at University Hospitals Bristol, and signed up as a Combat Medical Technician with 39th Signal Regiment, Army Reserve.

“Being a nursing assistant was really hard work, but something clicked into place and convinced me that I did want to pursue medicine. That’s why I put up with the long hours and nightshifts while people I graduated with were out starting their careers.”

Wijnand applied to study medicine at Glasgow and in September 2018 became a student of Glasgow University and a member of 6 SCOTS.

“I remember getting the call to say I had gotten into Glasgow medical school on a Tuesday evening in March. I was at the Army Reserve Centre and waiting to get fell in when my mobile went off.”

“I came to Glasgow for the interview and really liked the city, the medical school and the people I interacted with. After that Glasgow was my first choice.” 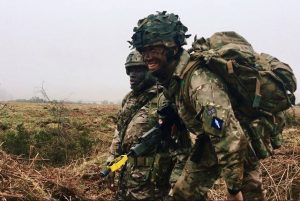 As he prepared to move to Glasgow, Wijnand took a “summer job” with 39 SIGS,running social media and working with recruiting, and continued his nursing role at the weekends.

“In the space of six months I went mountainbiking for a week in Germany, snowboarding for three weeks in Austria, learnt to ride a horse, got my driving licence and took part in shooting competitions. You get to do some pretty cool stuff and get paid to do it”.

“In lots of ways, being in the Army Reserve is like being a student. In the Reserves we all wear the same kit and do the same training, and it feels like you are part of a team. As a student, we go through the same experiences –, classes, study, exams. There’s 300 students in our year, split into different cohorts and then into study groups,. We spend a lot a lot of time in each other’s company, so it becomes almost quite tribal.”

“What I really like is the variety – spending the morning learning how to use stethoscopes and practicing pistol stoppage drills at night.”

“Some of my student friends think being an Army Reservist is really cool; others think I’m mad. A couple of them are interested in joining up themselves.”

The Army drives high standards, so especially during exercise where the training is quite fast paced you want to get things right. It helps build resilience in stressful situations.  And at the same time I can apply what I’m studying at Uni to understand what I’m learning as a Combat Medical Technician with 6SCOTS so it’s the best of both worlds.”

And being a private offers a different perspective and lifestyle – “I get to practice the core soldiering, roll about in the mud and have fun. 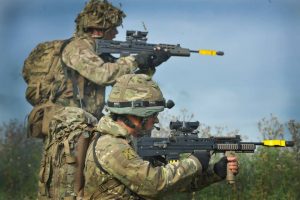 “After I graduate I hope to go into regular service as a Medical Officer specialising in emergency medicine, critical care medicine or surgery – the Reserves has shown that I can thrive in challenging, fast paced and stressful situations.”

“The Reserves recruit civilians with full-time jobs so they get that people have other commitments. With the Reserves you can give as much or as little as you want, but most people find a way of fitting it into their lives. There is an element of the more you put in the more you get out, the more time you spend helps you develop your career – inside and outside the Reserves.”