You are here: Home > Public News > Behind the Camouflage: Corporal Drew Gowland
◄Back to News

Behind the Camouflage: Corporal Drew Gowland 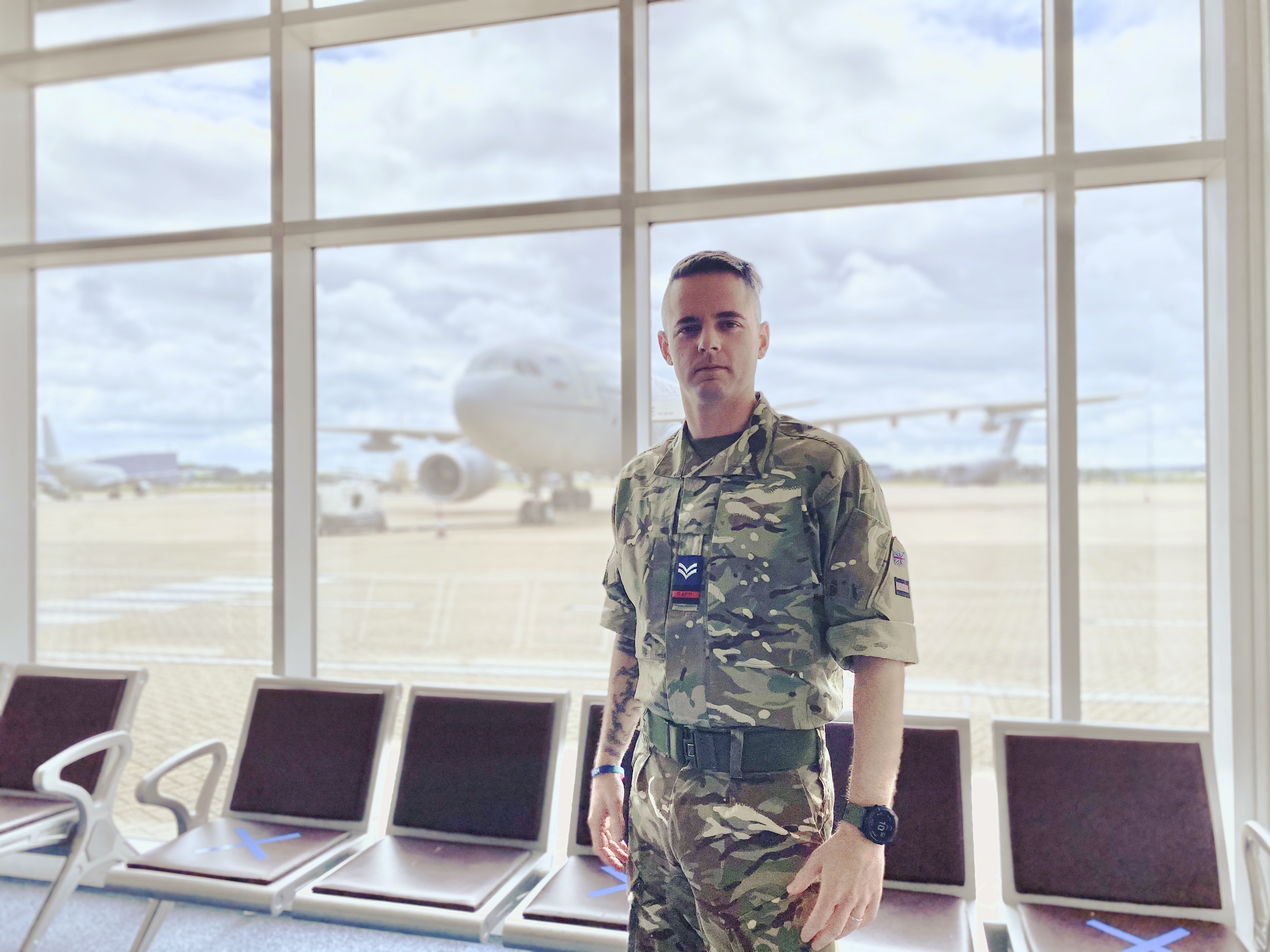 Have you ever fulfilled one of your life’s ambitions? Corporal Drew Gowland of 603 (City of Edinburgh) Squadron Royal Auxiliary Air Force has. Despite starting and owning The MGA Academy of Performing Arts, directing and producing plays and getting to travel the world with the creative arts, Drew’s childhood dreams of aviation and the RAF were never quite satisfied. That is until he joined the RAF Reserves back in 2012. Lowland RFCA were fortunate enough to catch up with Drew, to talk about his Reserve experience to date and to find out more about his response to Operation Rescript.

Why did you become a Reserve?

As a kid I went on a jumbo jet from Manchester to Florida. During the flight the pilot came out to thank me for sitting next to the emergency exit, invited me to view the cockpit and gave me a stick of gum. I was in total and complete awe and decided at that moment I wanted to be a pilot. Growing up in Leeds my fascination with aviation was compounded further by living near to RAF Leeming as you would often see the Hawks flying over. I just loved watching them. But, as is so often the story, I didn’t end up joining the RAF as I got involved with other activities. Eventually I received a scholarship to go to drama school, and the original dream of joining the RAF slipped away. Many years later I was at a dinner party when I blurted out ‘all children should do national service’. My friends fell about laughing, quite rightly pointing out that I myself had never served the nation. That stuck with me because they were right, I hadn’t. Bizarrely, the next day I was attending a student recruiting event for MGA, and the RAF Reserves happened to be on the stall next to me. I had heard of the TA (Territorial Army) but I had no idea that the RAF had an equivalent. I asked the ‘boys in blue’ for a chat and then the next day I went down to the Armed Forces Careers Office in Edinburgh, got the information I needed and a week later had signed up. 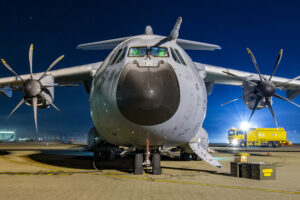 Each year I have 27 training days to complete, so I normally set aside one weekend of each month to go down to the Reserve centre. Training days involve weapon handling tests, administration, theory tests and fitness training. At the end of the year I need to be able to prove that I am still able to do what I was trained to do when I started. As well as routine training I also need to take part in a two week long ACT (Annual Continuous Training). Despite starting off in the RAF Regiment, I’m now part of the RAF Police.

You’ve been mobilised since April 2020, what exactly is it that you have been doing?

When I was first deployed I wasn’t sure what I would be doing, I just knew I wanted to serve. The options were general RAF policing, overseas asset protection and dog handling. I was chuffed when I got assigned to RAF Brize Norton on Air Transport Security (ATSy) as that’s what I had the most experience in. With this role I am responsible for: the security of the aircraft on base; personnel going on and off the aircraft; passenger, luggage and freight processing; the general security of the airfield and VIP transportation. As well as being used by troops for deployment, Brize Norton is also used by civilians to get to the Falklands and VIPs on various national and international tasks.

Was this mobilisation part of Operation Rescript?

With social distancing and the need to self isolate, there was quite a lot of concern at the start of the pandemic with regards to the military manning of bases. The British Government made a call which basically said we can’t afford for the RAF’s capabilities to be affected by Covid, it needs to remain fully functional. So under Op Rescript we were brought in to support our regular troops. Additionally, Brize Norton saw extra traffic with the distribution of PPE and now vaccines, so needed extra help. The RAF has had a big role to play in the UKs response to Covid and I know that if Reserves had not been mobilised this airfield would have struggled to maintain its full capabilities.

Has mobilisation been a good experience?

I’ve absolutely loved it! For a great many of us, the last year has been a huge struggle, a year of not being able to do very much, and a year of loneliness. I feel like I have been incredibly lucky, for me I’m going to look back on this time and have so many stories, I will be able to say that it was a time of progression, learning and challenge. I’ve met so many amazing people and I’ve learnt so much about the RAF and the role I have to play. I have also had the opportunity to progress in my RAF career, I’m now in charge of my shift and overseeing two regulars. I’m not ‘That Reservist’ anymore, I’m ‘Drew from ATSy’ – which is great. 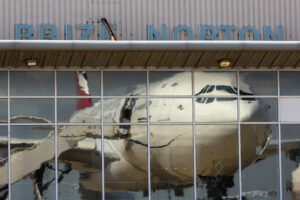 Would you encourage other Reserves to mobilise?

Without a shadow of a doubt. I gave myself so many reasons not to do it in the past but I’ve been here for nearly a year now. 603 Squadron has been absolutely amazing with the support they’ve given me, which included weekly phone calls at one point! Yes it’s hard, yes you’ll miss home, but you’ll make amazing friends, you’ll meet incredible people and you get to do things you would never normally get to do. I can now say I know what it’s like to be in the RAF full-time, I can now say I’ve served my country, I’m so proud of that.

You moved from being part of the RAF Regiment to Police, why?

RAF Regiment and RAF Police form what’s called Force Protection (FP). Initially I started off in the Regiment. However, after four years as a Gunner I felt I had more to offer the RAF in a role where I could use my Strategic Management skills and therefore in 2016 I transitioned from Regiment to Police. It has been a great move for me as it has allowed me to progress in rank  and to take on more responsibility.

As a RAF police officer you have to know all about civilian law, military law and the law of armed conflict (this dictates our behaviour in the theatre of war). So we’re responsible for how our people behave everywhere they go (civilian and military world), we’re responsible for the behaviour and safety of our troops on our bases and with regards to our property. I would say nine out of ten times we are not enforcing rules, but rather we’re helping our people to stay within them. In this regard we’re more of a resource to RAF personnel, helping them to stay on the right side of the law – more often than not they come to us and ask, ‘can we do this?’ or ‘what’s the right thing to do?’. In essence we’re there to make sure we all stay on the right side of all these different laws so that the RAF is never brought into disrepute.