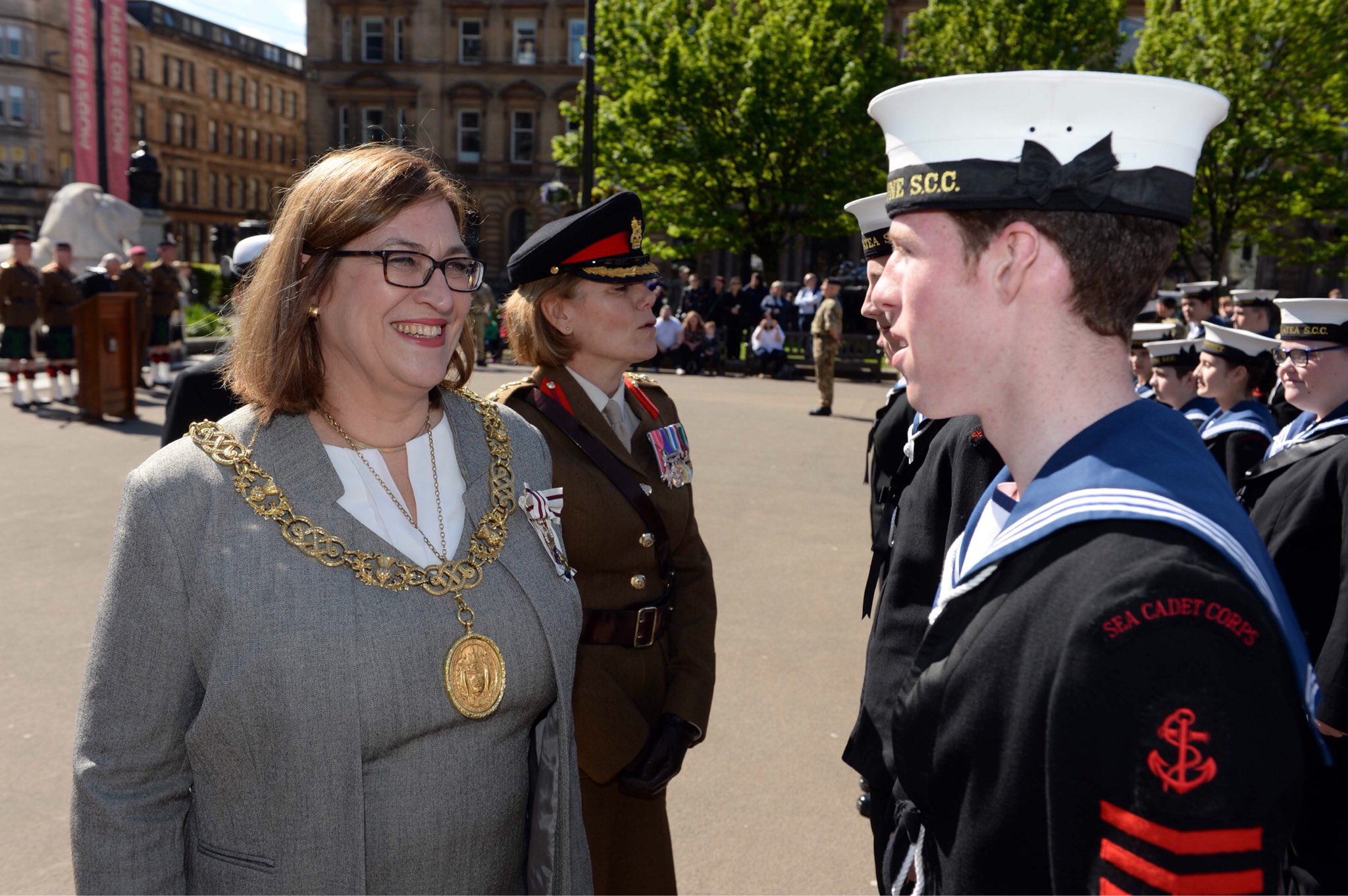 In July 2016, Her Majesty The Queen approved the principle of establishing a new Cadet Forces Commission.

The new Cadet Commission – the first new Officer Commission in 155 years – creates a single bespoke commission for officers of the cadet forces of the United Kingdom and recognises the immense contribution made by volunteer staff as leaders of national uniformed youth organisations sponsored by the Ministry of Defence.

To mark the occasion, on Saturday 13 May 2018 more than 120 Army, Air and Sea Cadets paraded in Glasgow’s George Square to mark the introduction of the first new Cadet Commission. The Lord Provost of Glasgow, Rt Hon Eva Bolander, and Deputy Brigade Commander (Reserves) 51 Brigade, Col. Stephanie Jackman, reviewed the Army, Air, Sea and Combined Cadets and presented four adult instructors from each Cadet Organisation with their Commission.

If you want to inspire and lead young people to achieve great things start your journey as an adult volunteer today: