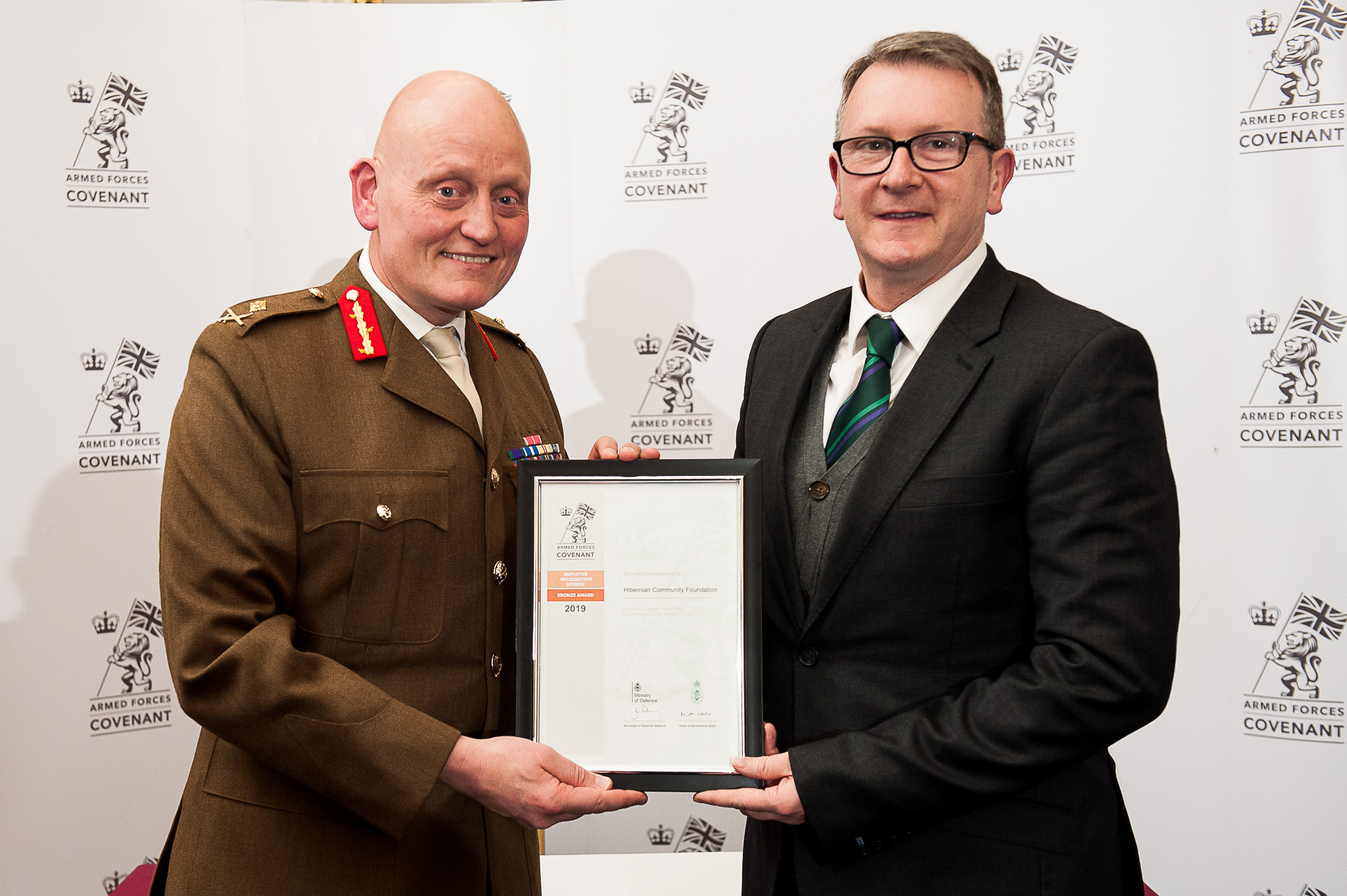 Top individuals from Edinburgh’s Armed Forces Reserve and Cadet units have been honoured for their sacrifice and acts of gallantry.

Nine Reservists and two Cadets were presented with Certificates of Meritorious Service on behalf of the Lord Lieutenant of Edinburgh at a civic reception in the Capital’s City Chambers on Monday, 9 December.

Congratulating the winners, Lord Lieutenant Frank Ross said: “Edinburgh is so proud of its armed forces community and boasts more than 800 reservists and 700 cadets.

“These certificates are the city’s way of celebrating the exceptional contribution these individuals make every single day. Be it for the Navy, Marines, Army or Air Force, every single award-winner has made a real difference to their units and their communities or has made an impression in service.

“None of it would be possible, however, without the enduring co-operation of employers who support and encourage their reservists and cadets to commit when duty calls.

“As a Council, we were recently presented with an award from the  Ministry of Defence for the support we provide colleagues who are veterans or in the voluntary forces. I’m very grateful to the many other organisations which are showing the same understanding and call on others to follow suit if they can.”

A Long Service and Good Conduct Medal was presented to Sergeant Prentice of the 6th Battalion, Royal Regiment of Scotland. He was joined by employers who were celebrated for their commitment to supporting Defence.

Captain Andrew Cowan, a Royal Naval Reservist and Chairman of Lowland Reserve Forces’ and Cadets’ Association, said: “The Lord Lieutenant’s Awards are an important way of celebrating the positive contribution the city’s Armed Forces community continues to make to the Defence of the nation, their communities and neighbourhoods.

“The Cadets and Reservists honoured tonight exemplify the benefits service in the Reserves, Cadet Organisations and Armed Forces can bring. Equipping individuals with skills and experience that are useful life-skills and attractive to employers.

“It’s also an opportunity for us to recognise the commitment of employers who have signed the Armed Forces Covenant, including employers such as Hibernian Community Foundation which received a Ministry of Defence Bronze Award for its backing for the Armed Forces community.

“We must also thank family members and friends for all the support that they give to those Reservists and the wider Reserves community to enable them to do all they do in support of Defence.

“We would like to pass on our thanks to the City of Edinburgh Council and the Lord Provost for hosting the Lord Lieutenant’s Awards. And we thank them for the support that Edinburgh gives to its citizens who serve in the Reserves and Cadet organisations and the advice and support the city gives to service Veterans.”

Her Majesty’s Lord-Lieutenants are representatives of the Crown, appointed by HM The Queen to be her personal representative in each county of the United Kingdom.

The Lord-Lieutenant’s Certificate of Meritorious Service is awarded to Reservists and Cadet Force Adult Volunteers who have provided exemplary service to their respective organisations and are recognised as laudatory honours throughout the Ministry of Defence.

Lord-Lieutenants also appoint Lord-Lieutenant’s Cadets to assist them in the official duties, including civic functions and Royal visits.