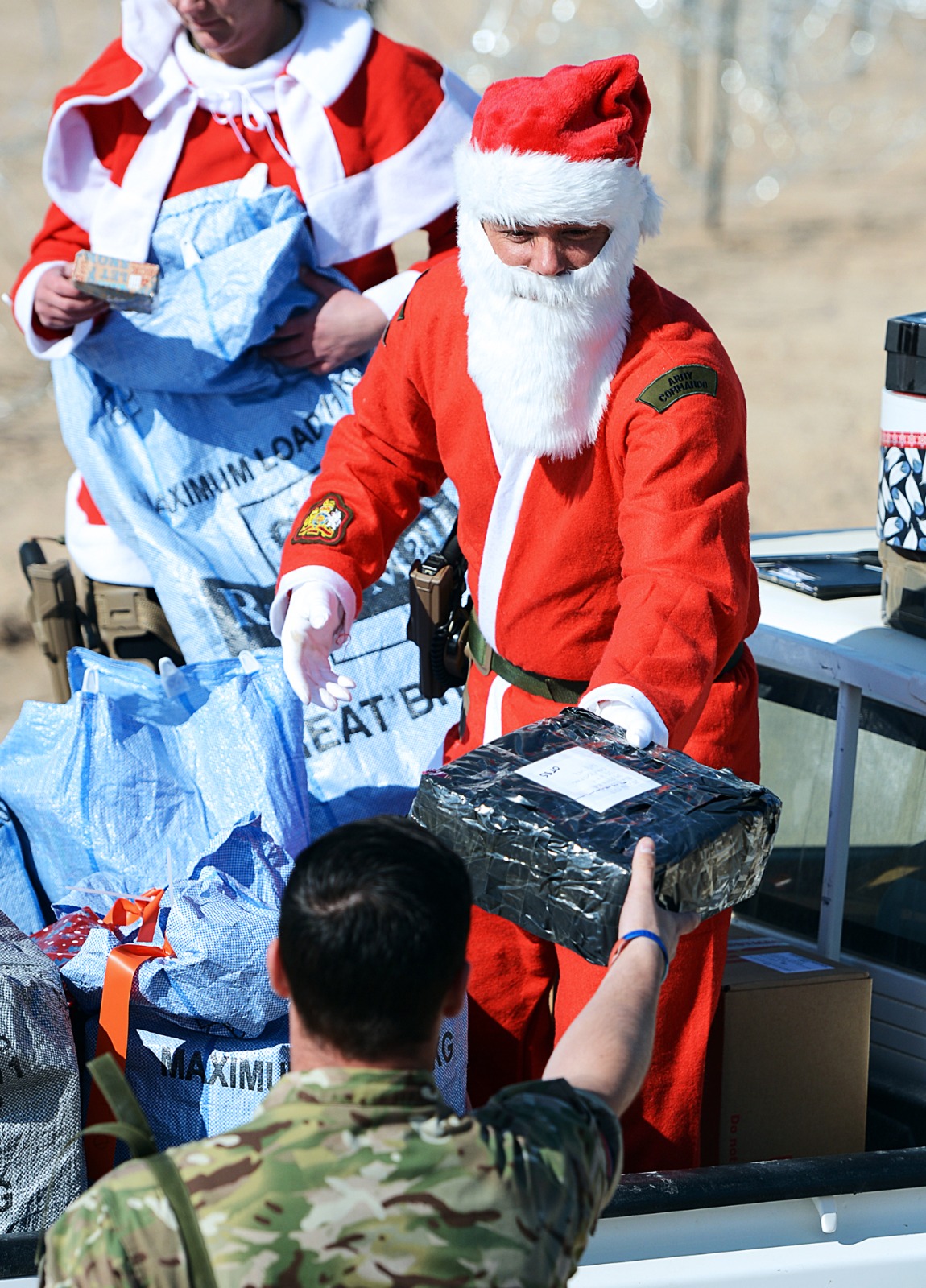 For many members of the Armed Forces community, Christmas is not the cosy medley of friends, family and food that most of us look forward to. Each year, thousands of UK service personnel spend the festive season away from home. As a result, they have developed a few Christmas traditions of their own to keep their spirits up whilst they celebrate with their Forces family.

Brits are known throughout the world for their love of tea, so why shouldn’t it feature on the menu on Christmas Day? For British Army troops serving away from home, the day kicks off with a classic military cocktail. Made of black tea laced with rum, the Gunfire is a wonderfully warming concoction, traditionally served by the officers to the soldiers, and is believed to date back as far as the late nineteenth century.

Festive fashion has taken a quirky turn in recent years, with the once-dreaded Christmas jumper now becoming an ironically beloved seasonal staple. It is little wonder, then, that these jumpers have even made their way into the Armed Forces’ winter wardrobe, joining an array of Santa hats, reindeer antlers and even the occasional Christmas onesie! 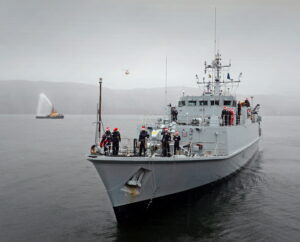 Oh, Bring us some Figgy Pudding

Armed Forces personnel who are deployed over Christmas must remain on duty at all times, even on the 25th December. That doesn’t mean, however, that they can’t enjoy a little taste of the holidays: sitting down to a traditional Christmas lunch with their friends and colleagues. As with the morning’s Gunfire cocktail, soldiers are typically served by the officers on these occasions.

During the Christmas Truce of 1914, British and German soldiers peaceably emerged from their trenches to exchange small gifts that included cigarettes and food. After gifts were exchanged, soldiers played what would become an iconic game of football across No Man’s Land. . To this day, gifts are still exchanged amongst deployed troops, with the occasional game of footie being enjoyed too.  In 2014, British and German troops serving in Afghanistan  held their own centenary match, poignantly marking 100 years since that first Christmas match. 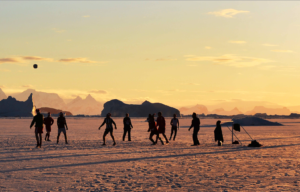 It just wouldn’t be Christmas without belting out a few carols, which is just what serving Armed Forces members do on Christmas Day. No matter where in the world they may be, a carol service is an ideal morale booster to those spending the 25th away from their nearest and dearest. Whether you’re in the middle of the ocean on a Navy Frigate or you’re stationed on base in hotter climes, you’re bound to hear the melodious noise of a Forces choir sweetly singing: “Hark! the herald angels sing, Glory to the new-born King!” or “Good tidings we bring to you and your kin, We wish you a merry Christmas and a happy new year!”