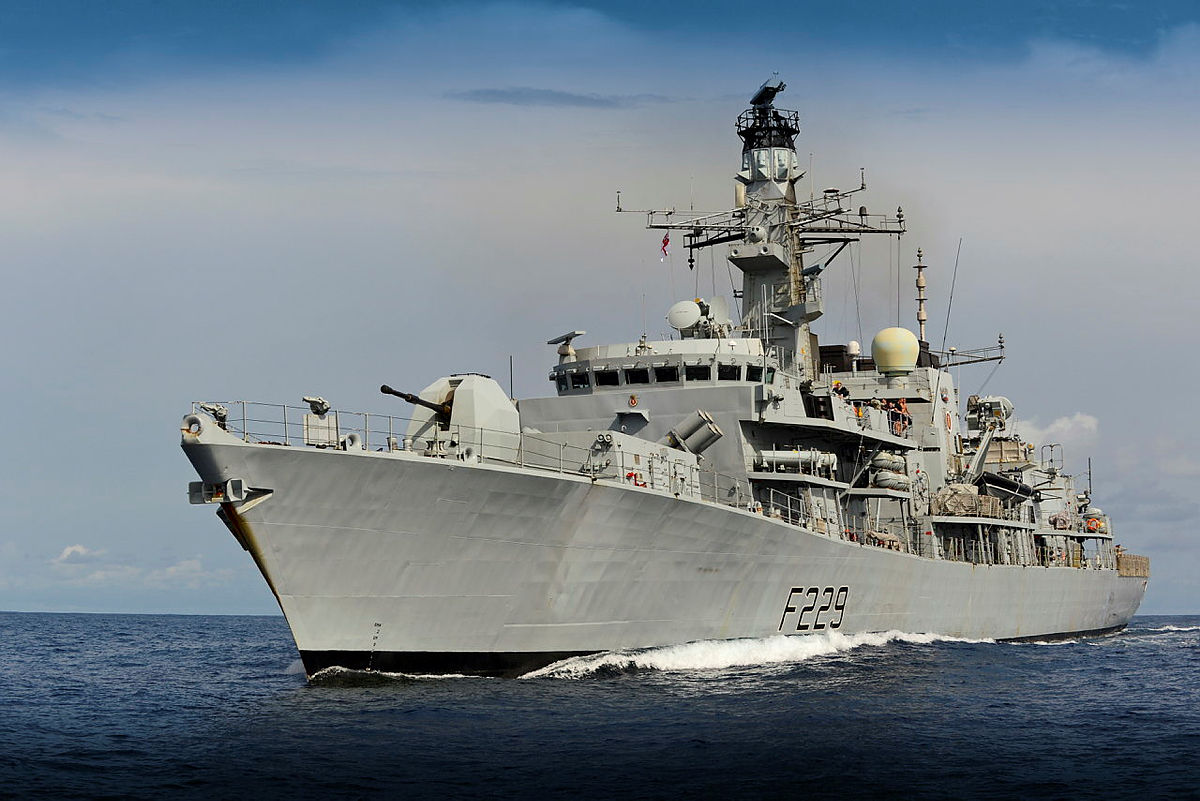 Several sponsors of the 2021 CARAs (Cadet Adult Recognition Awards) met with members of the Cadet Organisations during a capability demonstration on board HMS Lancaster.

After a string of adventures that included spotting the Northern Lights in the North Atlantic and participating in NATO’s Exercise Joint Warrior, the Royal Navy’s Type 23 Frigate called in at King George V dock in Glasgow on 1 October.

Its arrival provided the opportunity to host a reception and capability demonstration for an audience encompassing various community representatives. 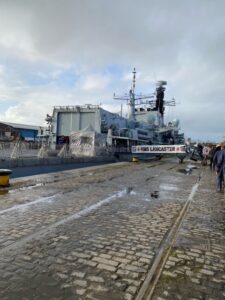 After a warm welcome aboard from Commander Will Blackett, HMS Lancaster’s commanding officer, the visitors to the Queen’s Frigate, including Cadet Force Adult Volunteers and Lowland RFCA representatives, were guided to various key locations within the ship to watch the crew proceed to play out simulated scenarios outlining how they would respond to threats from hostile forces, administer medical aid and repair fire damage in the event of an enemy strike. 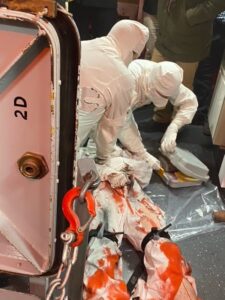 Throughout each section of the demonstration, visitors were struck by the calm confidence with which each crew member set about their task, overcoming cramped conditions below deck and sensory overload from multiple incoming communications to ensure that the crisis was resolved effectively. 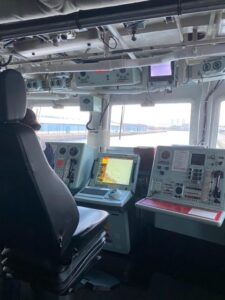 At the end of the demonstration, guests returned to HMS Lancaster’s helicopter hangar to enjoy drinks and canapés with the crew. All in attendance were visibly impressed with the capability demonstration and the deeper insight it provided into how the Royal Navy operates while on patrol both at home and overseas.

HMS Lancaster was launched by the HM the Queen in May 1990, and underwent a life extension refit between 2017 and 2019 before returning to active service in July 2020. Work is currently underway on a new fleet of Type 31 frigates which will replace HMS Lancaster and other Type 23 vessels by 2030.