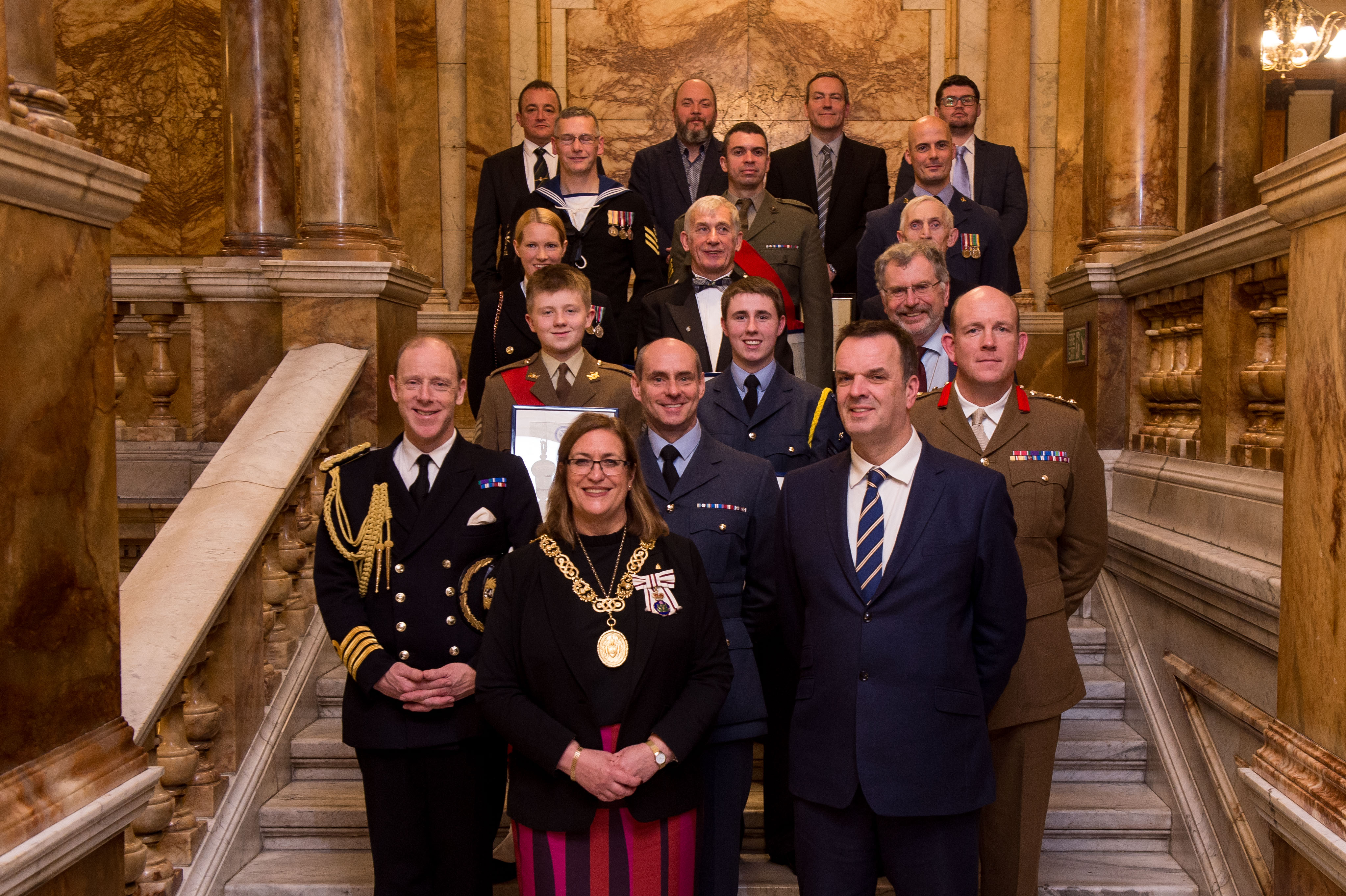 Armed Forces Reservists, cadets and volunteers with cadet organisations have been honoured at a civic reception hosted by Glasgow’s First Citizen, the Lord Provost of Glasgow.

Lord Provost Eva Bolander presented certificates of meritorious service to Reservists and Cadet Force Adult Volunteers, in her capacity as Her Majesty’s Lord Lieutenant, at a special ceremony held in the City Chambers on Wednesday 28 November. The event was witnessed by proud families, friends, employers and politicians.

The Lord Provost said: “It’s my privilege to see at close quarters the quality and consistent contribution the Reserves and Cadet Organisations make to the city.

“I’m extremely proud to support our military and had the recent honour of leading Glasgow’s Remembrance Sunday and Armistice Day service in George Square, where I was ably supported by my Lord Lieutenant’s Cadet. I also welcomed the Princess Royal to Scotland’s special centenary service at Glasgow Cathedral marking a century since the Great War ended.

“Other memorable military events include taking The Salute at Armed Forces Day in June and the inaugural Cadet Officer Commissioning Parade in George Square in May.

“Hundreds of men and women volunteer with Reserves and Cadet Units located across the city. The Lord Lieutenant’s Awards are an opportunity to recognise the commitment and selfless dedication of those who serve this city and country as volunteers in our Reserve Forces and Cadet Organisations. I’m delighted to give them our citizens’ grateful thanks.” 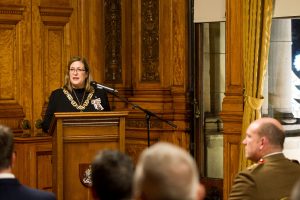 “Tonight’s awards recognise the achievements of just some of the 1,300 Glaswegians who volunteer to serve in the Reserve Forces. They are an important way of celebrating the positive contribution the city’s armed forces community continues to make to the defence of the nation, their communities and neighbourhoods.

“The Cadets, Cadet Force Adult Volunteers and Reservists honoured tonight exemplify the benefits service in the Reserves, Cadet Organisations and armed Forces can bring. Equipping individuals with skills and experience that are useful life-skills and attractive to employers.

“It’s also an opportunity for us to recognise the commitment of employers who have signed the Armed Forces Covenant, including companies like BD Print which received a Ministry of Defence Bronze Award for its backing for the Armed Forces community.

“We’re indebted to the Lord Provost for hosting this civic reception and presenting these awards and to the friends and family of award recipients who joined us, without whose support we wouldn’t be able to do what we do.”

To see more images from the Lord Lieutenant’s Awards visit our Gallery.

To find out more about becoming a Cadet Force Adult Volunteer.

The Lord Provost of Glasgow enters the room, flanked by award recipients