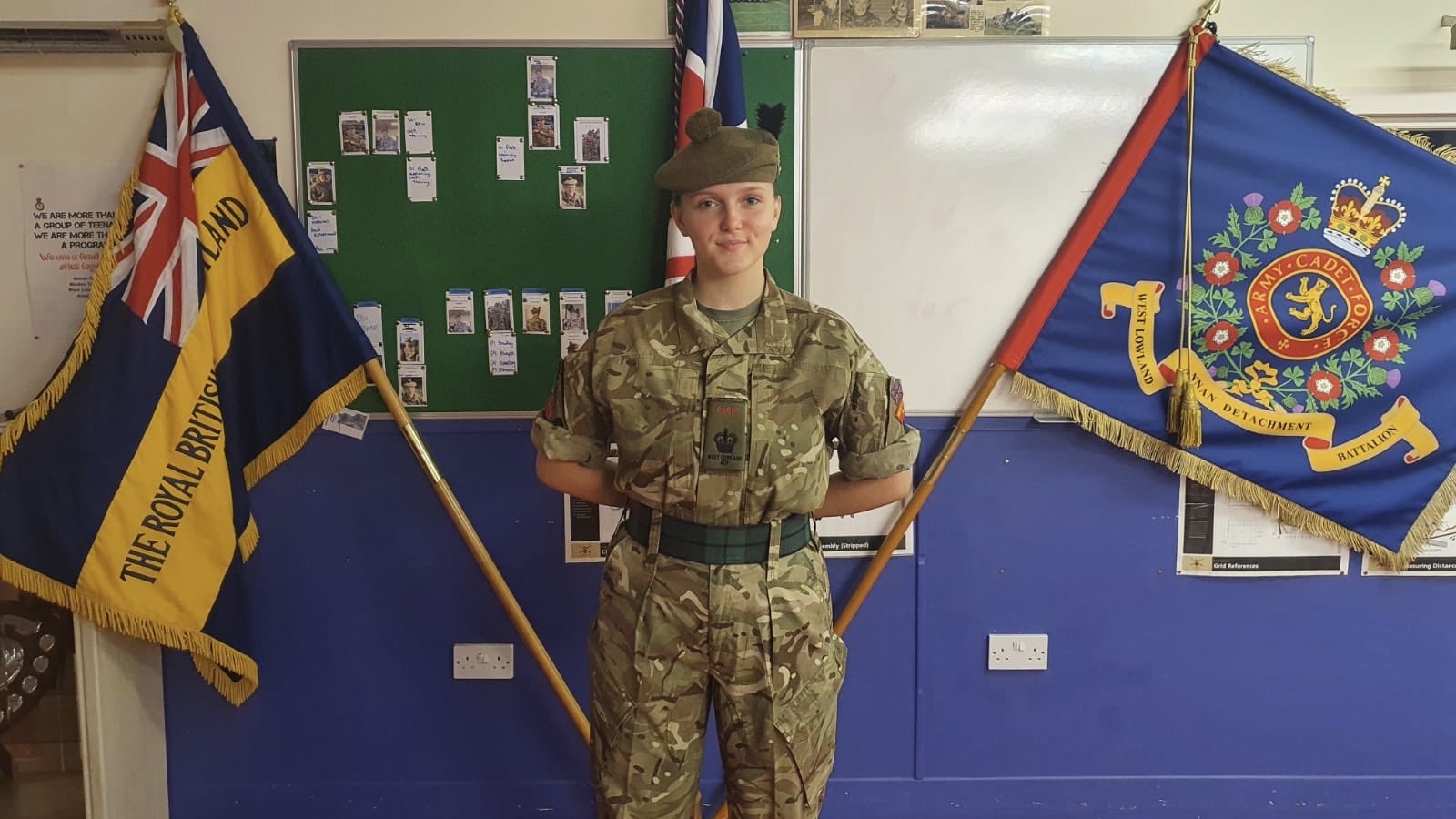 Attaining the rank of Master Cadet is the pinnacle of a young Cadet’s time in the Army Cadet Force (ACF).

It is an opportunity for senior Cadets to strive for something beyond 4 Star before their final chapter as a Cadet draws to a close. So when Covid-19 restrictions elicited the cancellation of all Cadet Training Centre (CTC) courses at Frimley Park, CTC headquarters, there was cause for concern there would be individuals who could miss out on gaining a rank that would mean so much.

Fortunately the ACF anticipated this challenge and contingency plans were put in place. Consequently a Covid-19 Master Cadet Board was designed that enabled aspirational teenagers like Cadet Regimental Sergeant Major (RSM) Leah Flett to reach a further milestone.

The 16-year-old from Annan is a member of West Lowland Battalion ACF, Minden Company, Annan detachment.

Traditionally Leah would have spent a week at CTC Frimley Park in Surrey to broaden and develop further the leadership, instructional and administrative responsibilities. However, when the course turned into the form of a virtual interview, it was unfamiliar territory for Leah but one she grasped with enthusiasm.

Leah said: “To me, being a Master Cadet is a symbol of my Cadet journey which makes me proud. It proves just how far I’ve come. Achieving it the way I did made me realise I don’t have to be the best of the best and that I actually already had the potential to be a Master Cadet by being my dedicated self and a role model to others.

Being on the first interview board, I went into it blind with not a clue what to expect. I was so nervous and was unsure if I had prepared for the right kind of questions.

“The interview itself went pretty smoothly and I was interviewed by such a very kind and welcoming Lieutenant Colonel which helped put me at ease. Afterwards I was really happy with how well it went and really glad I had that kind of interview experience.

“I would definitely encourage others to strive to become a Master Cadet as it puts you in the mindset to put in your all and reach your full potential – helping you enjoy your Cadet Experience even more. It is a great opportunity that shouldn’t be missed and if you’re eligible for it then you already have what it takes.” 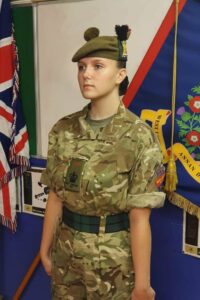 Appointment as a Master Cadet is at the discretion of the ACF County Commandant.

Colonel O’Meara said: “Like all Cadet Training Centre Frimley Park courses last year the Master Cadet courses were also cancelled. There was a realisation that a lot of senior Cadets were coming to the end of their time with the Army Cadet Force and there would be no opportunity for them to try and gain the rank of Master Cadet.

“We asked a series of questions to assess their understanding of the Army Cadet organisation, their leadership skills, values and standards, resilience and more.

“We had a wealth of talented individuals who were put forward from all the Battalions across Scotland. I congratulate every one of them for their achievements in the Army Cadet Force thus far and wish them well for the future. The skills and experience they have gained from the Cadet experience will not only help them in gaining employment or further education but they will also carry these valuable traits with them into later years to come.” 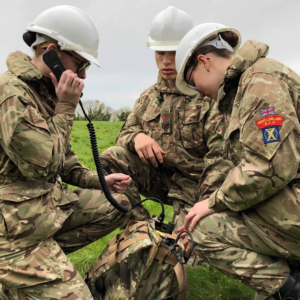 Why become a Cadet?

Since being appointed Master Cadet and RSM, Leah has reflected on her four years in the ACF and admitted she can’t believe how far she has come as she had never envisaged becoming a Cadet.

“I didn’t really know what Cadets was before I joined,” she explained. “Therefore I originally didn’t want to be a Cadet. One day my dad convinced me to come in and try it and from that day on, I never left.

“When I started Cadets, I definitely didn’t expect to be where I am now. I was new and had very little military knowledge, so I never saw myself becoming a Master Cadet. I believed I could never reach the potential and standard of the ones I looked up to.

“For anyone considering joining the ACF just do it. Don’t hold back, don’t hesitate, just get yourself out there and have fun because I promise you it’s worth it!” 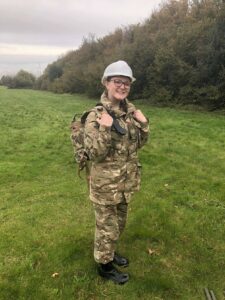 The course is open to all 4-star cadets who have completed Fieldcraft as a progressive subject and have qualified on the Senior Cadet Instructors’ Cadre (SCIC). Students are to be at least 16 years old and at the minimum rank of Sergeant.

It is recommended that students also undertake the following before attending the course: