You are here: Home > Public News > Naval Reservist Life On And Under The Sea
◄Back to News

Naval Reservist Life On And Under The Sea 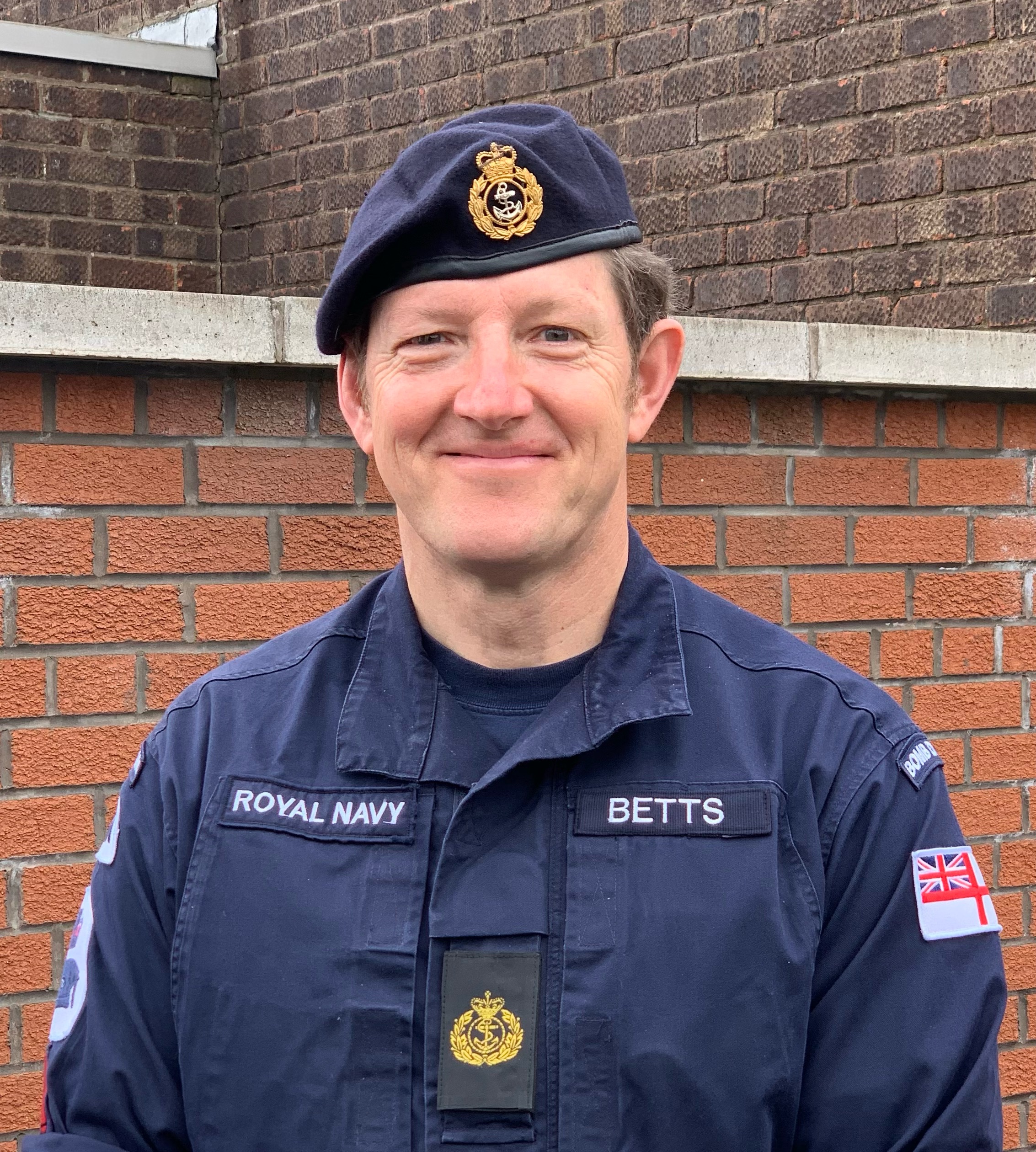 When a young Chief Petty Officer (CPO) Chris Betts watched divers jumping off the back of HMS Brazen, he knew what he wanted to do in the Royal Navy (RN).

Thirty-five years after leaving Loughborough, the now Oban-local continues to enjoy life under the sea as a Reservist since leaving his full-time post in the Navy in 2018.

Like many members of the Reserve Diving Group (RDG), Chris completed a full career as a RN Clearance Diver before joining the Maritime Reserve with HMS Dalriada, based in Glasgow.

Traditionally a Clearance Diver (CD) was a specialist naval diver who would use explosives underwater to remove mines and other obstructions, allowing harbours and shipping channels to safely navigate. However, the role has changed over the years to include other naval underwater work.

Chris is now part of an exclusive team, the High Readiness Reserve (HRR). He is one of 12 Royal Naval Reserve (RNR) personnel committed to 72 hours notice to be deployed on submarine emergencies anywhere in the world.

The HRR delivers a unique role in support of the NATO Submarine Rescue System (NSRS), based out of HMNB Clyde. Chris is also one of only a handful of Regular and Reserve Diving Supervisors trained to manage and supervise therapeutic decompression of rescued submariners using the NSRS Transfer Under Pressure system.

In his role as a Reservist, Chris has further been volunteering at an asymptomatic testing site in Ayrshire, aiding the Army in rapid, regular testing for people without symptoms of COVID-19. 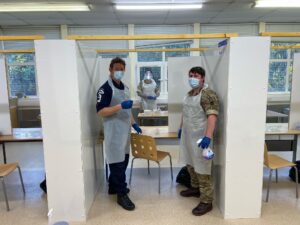 Lowland RFCA caught up with Chris to find out more about his unique role in the Forces, what his civilian job involves and how supportive his employer is of his Reservist duties.

How did you become a diver in the Royal Navy?

In 1986 I first joined as a Missileman. I saw the divers jump off the back of the ship and thought, that’s pretty cool!

I successfully conducted a divers aptitude, becoming a ships diver I was then recommended for CD, and later I was able to branch transfer to CD. There have only been about 2,500 qualified CDs that have passed through Horsea island since the branch started in 1952. One of the most demanding courses in the RN, 15 started on our course, and only four of us passed. So we are quite an exclusive club.

Why did you want to be a Reservist for the RN?

I think I just preferred the camaraderie and wanted to keep in with it (the military). It’s about maintaining a link to the Navy. After 32 years, people may say I am institutionalised, but I’d say I was just lucky enough to be in a club where I could serve with my mates, enjoy what I do, and get paid for what I love doing, along with travelling the world. The amazing thing about that is I can still do that in the RNR. I still get to see many of the lads I served within the RN. I have made many new friends in the RNR, and I still have an attachment to what I did when I was in the Navy.

What operational support do you provide as a Reservist?

We operate for the Fleet Diving Squadron, and the role we supply to them is EOR (Explosive Ordnance Reconnaissance). Having several Ex-Surviving CD supervisors allows us to conduct searching for jetties and piers in harbours – anywhere a naval asset might come alongside – and we can be asked to search the jetty as Reservists.

If anything is found, we make it and call in the full-time RN CD. Although this was my job in the Navy, we come away from the search, helping where needed. You can also be called upon to support the area Bomb disposal team in Portsmouth, Plymouth and Faslane when needed, working alongside the Regulars.

How do you find the comparison between the Regular and Reservist members of the team?

Obviously, it’s a specialised niche. I spent a lot of time being trained as a diver in the RN with high standards, and now I spend my time training the RNR Divers. Ex CD’s have a unique insight into how the Regulars work, but I was very surprised by how high the standard was of the RNR divers when I first started. They are very keen, fit and able, and bring many unique civilian skills to the diving branch. I have discovered just how valuable RNR is to the RN, and I am extremely proud to be a part of it. But, of course, this is true about all of the trades within the RNR. 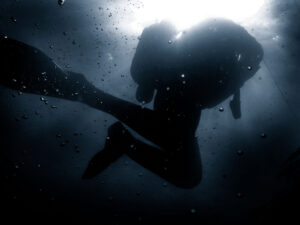 What is the HRR(High Readiness Reserve)?

Twelve RNR divers are currently engaged in HRR at 72 hours notice to move for NSRS along with other UK and foreign divers, doctors, and nurses from France and Norway. This system provides a submarine rescue capability for the three nations that run the system. It has the capacity of being flown anywhere globally to a capable seagoing platform. We can also, at request, help any country that has the misfortune to lose a submarine at sea, aiding the rescue of men lost at sea.

What do you do in your job as a civilian?

I work at Tritonia Scientific Ltd. The company is a diving and underwater research company offering specialist diving services in support of a range of commercial and advanced scientific operations, specialising in photogrammetric 3D digital modelling. In addition, I am the Chamber Manager for the emergency recompression facility for the NHS west coast of Scotland, a service that Tritonia Scientific also provide.

How supportive is your employer surrounding your duties with the Armed Forces?

My HRR and NSRS duties are always emergency responses. You’re not getting called out for training. We are getting called out to help save lives. If a submarine malfunctions and is sitting on the seabed, I’m sure any employer is more than happy for us to go and spend two or three weeks away helping. Companies get financial help from the RNR to bring someone in to fill our space for a support role or equivalent civilian from another outside agency. There are thousands of employees and companies out there who help the personnel of the RNR. 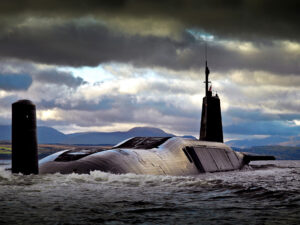